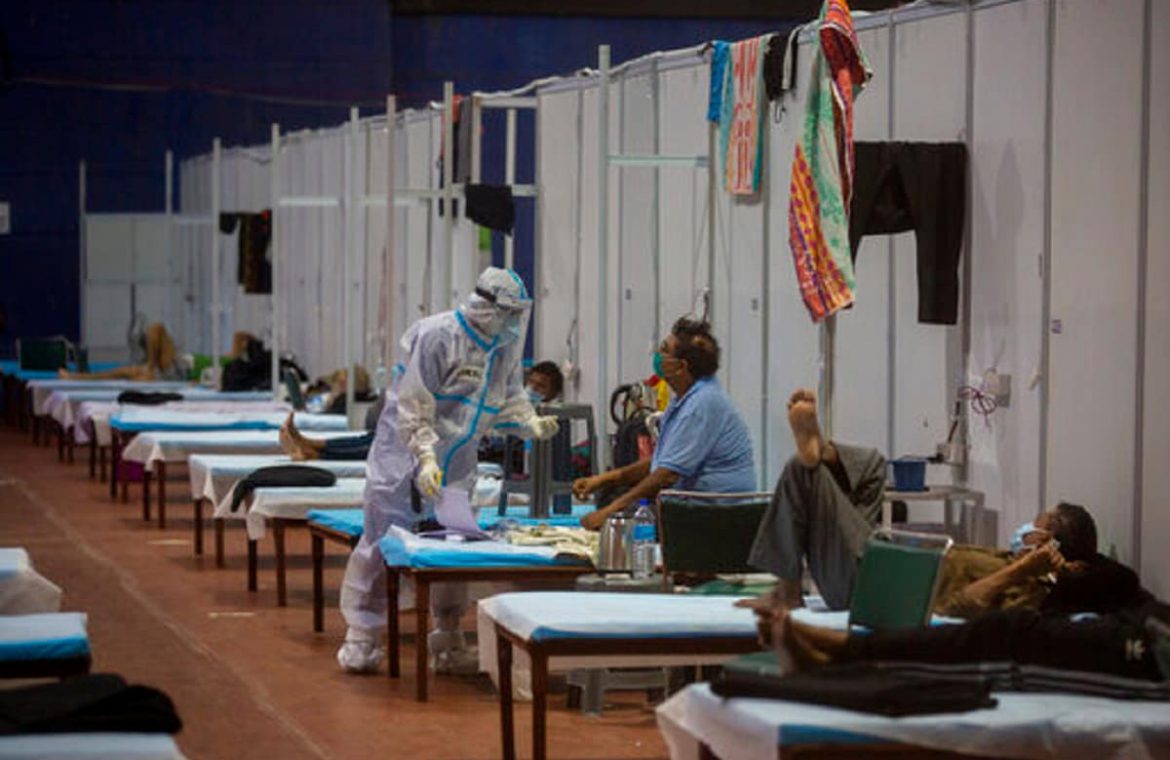 File photo of a health worker taking the temperature of a patient at a makeshift COVID-19 care center. (AP)

However, the mortality will be much lower as our healthcare system is now prepared for the fight, Dr VK Paul, member (health) and head of the national Covid-19 task force, added.


In view of the winter season and festivities around the corner, the NITI Aayog has warned that the second peak of Covid-19 is impending over the country. Dr VK Paul, member (health) and head of the national Covid-19 task force, cautioned on Tuesday during a press briefing that India will see another storm of Covid-19 cases.

However, the mortality will be much lower as our healthcare system is now prepared for the fight, he added.

“Observing the nature of the respiratory virus and the significant rise in cases in Europe and the United States of America (USA), we can assume a rise in the cases of the Covid-19,” Dr Paul said.

Dr Paul also stressed the need to take more precautions during the winters and cautioned people not to host any gathering during festivities that may turn into a super-spreader event.

“Now it’s clear that patients of Covid-19 start shedding the virus 2-3 days before the arrival of symptoms. Such patients are innocent as they do not know about the status of their health. However, their innocence may turn criminal if they are invited to a gathering. The infected person can pass on the disease to many and chains would be formed,” he explained.

Epidemiologists also observed high chances of an increase in the case burden of the viral disease in the coming days.

“All viral diseases increase during winters. In most of the cases, the viruses die at high temperature but they multiply in low temperatures. While the Sars-Cov-2 has shown no such trend, it has spread during summers as well. But banking upon the evidence of the second wave in many countries where winters have started, we can assume that India is staring at the second wave,” said Prof (Dr) Prabhakaran Dorairaj, Director, Centre for Control of Chronic Conditions, Public Health Foundation of India (PHFI).

He also cautioned that that condition of pollution would worsen the already bad situation of the Covid-19 spread.

“Besides, the behaviour of people during winters would also impact the infection spread. They huddle together for warmth where chances of coming in contact with an infected person fare higher,” Prof Dodairaj added.

“The only way to dodge the contraction is to step out only when necessary, avoid overcrowding, wear a mask and maintain hand hygiene all the time,” he advised.

Meanwhile, the Ministry of Information and Broadcasting (I&B) informed about the people’s participation campaign (Jan Aandolan), an awareness campaign to mitigate the corona spread in view of the upcoming festivals, winter season, and opening up of the economy.

The campaign was launched by PM Narendra Modi on October 8 to encourage people to adopt Covid-appropriate behaviour strictly. The campaign would run for two months, the whole of October till November end.

He also informed that the ministry has roped in frontline workers, beneficiaries of government schemes such as MNREGA, PM Aawas Yojna and private sectors, trade associations for the massive outreach of the campaign.

Don't Miss it US coronavirus: ‘Hunker down’ because the fall Covid-19 surge is here
Up Next Record number of active COVID-19 cases in Red Deer