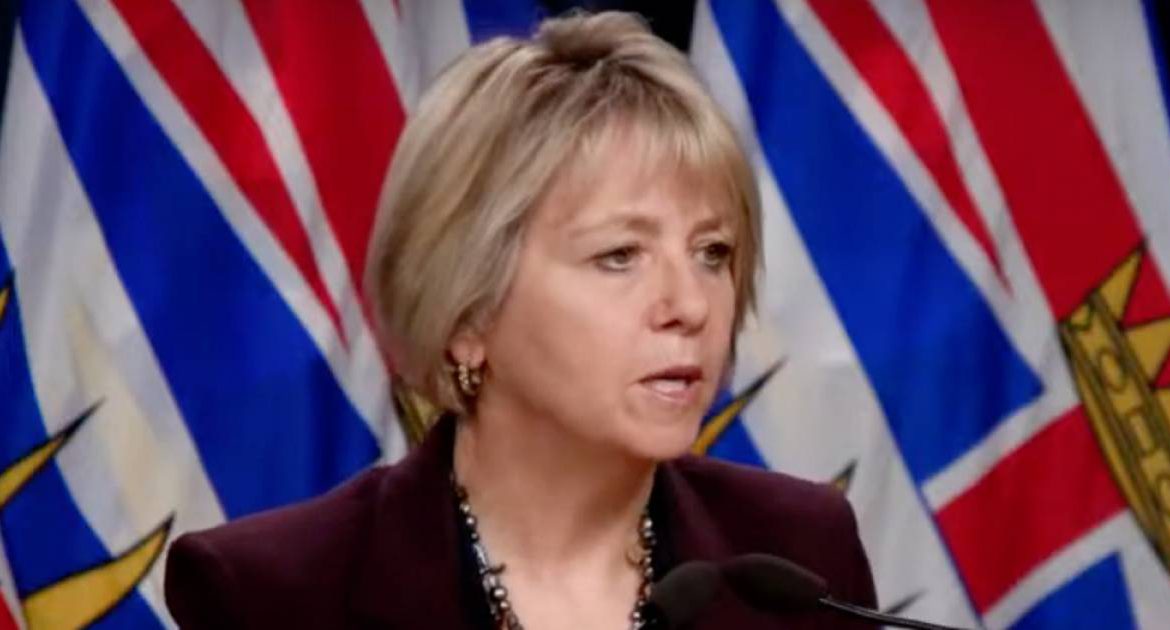 Case numbers are up and while that’s a concern, there’s also an explanation.

At today’s B.C. COVID-19 briefing, provincial health officer Dr. Bonnie Henry said that the new case counts over the weekend are higher than what they would like to see and are higher that what was seen over the past week.

However, she pointed out that lab teams were working to clear a backlog that arose of about 6,000 tests (“about a day’s worth of tests”), particularly from the Fraser Health region.

She said that the positivity rate of tests from the weekend was at 1.39 percent (the aim is to remain below two percent), which she said is where we want to be.

In addition, there were 21 schools added with exposure incidents or extended exposure dates, and 10 flights, two athletic clubs, two grocery stores, a taxi service, a worksite, and a lumber yard that have had confirmed cases.

Henry also talked about cases being linked to recreational sports, clarified issues about surface transmission, and addressed concerns about cases in schools.

Meanwhile, the B.C. government has once again extended the provincial state of emergency, this time until October 27.

Henry provided updates for the past four time periods over the Thanksgiving long weekend.

The number of active and hospitalized cases have increased.

Public health is now monitoring 3,618 people due to exposure to confirmed cases. That’s an increase of 438 people since the last update on October 9.

(Henry said that they began reporting the number of people under surveillance from public health teams after the July 1 long weekend so that people could understand the work that public health does for people at-risk.)

While there aren’t any new community outbreaks, there are four new healthcare outbreaks:

Meanwhile, the outbreaks at Cherington Place and Evergreen Hamlets have been declared over.

Sadly, there have been five deaths—two in Fraser Health and three in Vancouver Coastal Health—over the four-day period, bringing the total number of fatalities to 250 people who have died in B.C. during the pandemic.

The cumulative total number of cases is now at 10,734 cases, including:

5,595 cases in Fraser Health;3,892 cases in Vancouver Coastal Health;582 in Interior Health;341 in Northern Health;235 in Island Health;89 people who live outside Canada.

Loblaw stated on October 11 that an employee at the Real Canadian Superstore (350 Southeast Marine Drive) in Vancouver, who was last there on October 7, tested positive.

Sobeys stated on October 10 that an employee from the Safeway at 1175 Mt. Seymour Road in North Vancouver, who was last at the location on October 1, has tested positive.

Meanwhile, an adult (who was on the premises from September 24 to 26) and a youth hockey player reportedly tested positive at the North Shore Winter Club (1325 East Keith Road) in North Vancouver.

North Shore News reported that Vancouver Coastal Health ordered spectator areas to close because people were not physically distancing, and that the last reported case was on October 4.

Northern Health has added an alert for anyone who used Prince George Taxi in Prince George on October 2 and 3 from 6 p.m. to 6 a.m. Anyone who used PG Taxi during this time frame is asked to monitor themselves for symptoms until October 17. Contact tracing is underway and anyone who was directly exposed will be contacted.

B.C. Hydro stated today that a contractor worker, staying at the worker accommodation, at the Site C work camp in Fort St. James has tested positive. The onsite health clinic is looking after the worker, and B.C. Hydro stated there is low risk of transmission due to health precautions in place.

This is the third case that has been confirmed at the site during the pandemic to date (all these cases are unrelated).

When the Georgia Straight asked Henry what her assessment was of the differences between what those in the school system (such as teachers, parents, or students) are seeing and experiencing compared with what she is saying, she said she didn’t agree that there is a gap.

“I think there’s a lot of things that are spread on social media that may or may not have a complete picture for certain people,” she said.

She also pointed out that every exposure event in schools is being reported publicly, said that they have been “very above board with this”, and public health teams have been following up with all cases.

What she said has taken place includes transmission between one or two people in a school setting.

In Vancouver, there was one new school added to the list: Admiral Seymour Elementary School (1130 Keefer Street) with potential exposure dates from October 5 to 6.

Also in Vancouver, Sir Charles Tupper Secondary, which previously listed an exposure event from October 1 to 2, has added September 30 as an exposure date.

In North Vancouver, Seycove Secondary School (1204 Caledonia Avenue) had an exposure event from September 30 to October 5.

• Ridgeview Elementary School (1250 Mathers Avenue) with exposures on October 2, 5, and 9;

• Mulgrave School (2330 Cypress Bowl Lane), with an exposure event from October 7 to 9.

In Burnaby, Rosser Elementary (4375 Pandora Street) had an exposure incident on October 5.

In Coquitlam, Mundy Elementary (2200 Austin Avenue) had an exposure incident on October 6.

In Delta, Jarvis Traditional Elementary (7670 118 Street) had exposures on October 5 and 7.

In Mission, Hatzic Middle School (34800 Dewdney Trunk Road) had an exposure on October 5.

In Surrey, 10 schools were added to the list and one school had extended exposure dates:

Southridge private school (2656 160 Street), which previously had an exposure event from September 28 to October 1, added October 2 to its exposure dates.

Northern Health added one school to its list: Prince George Secondary School (2901 Griffiths Avenue) in Prince George with an exposure date of October 2.

In addition the aforementioned sports club incidents, Henry said that over the past week, they’ve seen an increase in community exposures from recreational sports such as hockey and soccer as they restart. Consequently, some sports facilities have had to temporarily close. (She didn’t provide any specific numbers.)

She said the kinds of situations that they’re concerned about are when parents are congregating together on the sidelines or if teams gather after the game.

She advised students to limit the number of activities they are involved with.

“I would say that if you’re playing school sports, pick one other sport, not two or three different activities in the community outside of school,” she said.

She explained that she is addressing this now more as a precautionary note for prevention.

Over the past few months, an international discussion and debate about transmission of the virus from surfaces has been going on, with some seemingly conflicting information from various studies.

When the Georgia Straight asked Henry what her evaluation is of the risk of surface transmission of the virus, she said it has not been common but it remains a concern.

“We’re not seeing that being a major source of transmission in most community settings,” she said.

However, she said it can be an issue in healthcare environments.

She pointed out that the virus does not live very long outdoors (she had explained during a previous briefing that the virus requires a certain amount of moisture to survive, and will perish if that moisture evaporates).

The B.C. Centre for Disease Control (BCCDC) has added 10 domestic and international flights confirmed with COVID-19 to its list:

Anyone in the affected rows or on these flights should monitor themselves for symptoms for 14 days after the flight date. If you develop symptoms, immediately self-isolate and contact your healthcare provider or call 811 in B.C. for assessment and testing information.

Don't Miss it Coronavirus: ‘They don’t care that people are dying’ – ICU doctors criticise last night’s crowds in Liverpool city centre | UK News
Up Next US Coronavirus: The US is beginning to see a resurgence of Covid-19 cases. Small household gatherings are helping drive the surge, CDC chief says