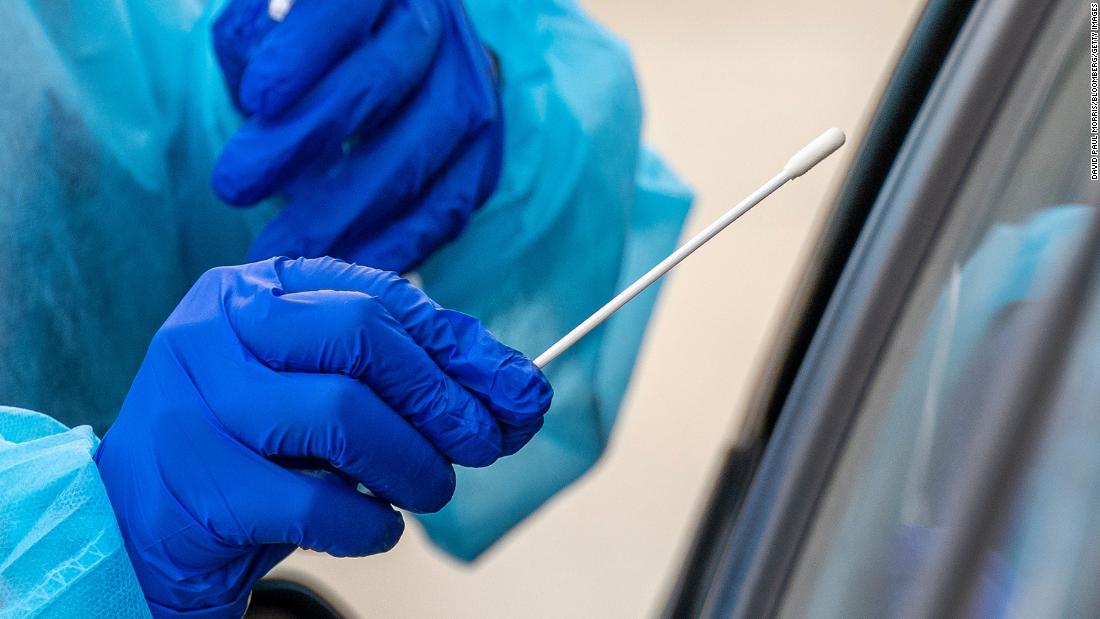 “In the public square, we’re seeing a higher degree of vigilance and mitigation steps in many jurisdictions,” US Centers for Disease Control and Prevention Director Dr. Robert Redfield said during a call with the nation’s governors on Tuesday. Audio of the call was obtained by CNN.

“But what we’re seeing as the increasing threat right now is actually acquisition of infection through small household gatherings,” Redfield said. “Particularly with Thanksgiving coming up, we think it’s really important to stress the vigilance of these continued mitigation steps in the household setting.”

White House coronavirus task force coordinator Dr. Deborah Birx echoed Redfield’s warning last week, urging Americans not to let their guard down during the holidays by gathering with close friends and family who they think may be virus-free.

That’s especially important to keep in mind as college students begin returning home. Experts have warned that young students, who often show mild or no symptoms at all, can contribute to a household spread of the virus, by infecting their parents who may then go on to infect other parts of their home and community.

The warnings come as the US sees early signs of what experts say will be another Covid-19 surge, one that could overwhelm the healthcare system and kill thousands more Americans in the coming months. An increasing Covid-19 test positivity rate in regions across the country may be foreshadowing a resurgence of cases, Dr. Anthony Fauci said this week.

“You’d like to see them less than 3%, optimally 1% or less,” he said at an event hosted by the College of American Pathologists.

“We’re starting to see a number of states well above that, which is often — in fact, invariably — highly predictive of a resurgence of cases, which historically we know leads to an increase in hospitalizations and then ultimately an increase in deaths.”

The country is now averaging more than 49,000 new infections every day — up 13% from the previous week, according to data from Johns Hopkins University.

In Utah, Gov. Gary Herbert said the state was “facing its most dire episode yet in this pandemic” and announced a new Covid-19 monitoring system for counties. “We are utilizing 15.8% of our ICU beds to treat COVID-19 patients, more than double what we were before, and our total ICU utilization is at 69.6%,” the governor said in a Tuesday tweet. “This leaves our hospitals precariously close to being unable to treat COVID and non-COVID patients in need of critical care.”

In Wisconsin, hospitalizations have nearly tripled in the past month, the governor said, adding that residents should do all they can to help get the virus under control and prevent the state’s healthcare system from being overwhelmed.

In Washington state, one public health official warned of a dramatic rise in cases.

“We’re having over 140 cases reported each day over the past week,” said Dr. Jeff Duchin, health officer for the Seattle and King County public health agency. “This is more than twice what we saw in late September.”

Director of the Regional Medical Response System Heather Yazdanipour told CNN the city was currently in a surge environment and hospitals are experiencing shortages in equipment, space and staffing to accommodate the incoming patients.

New Mexico Gov. Michelle Lujan Grisham announced several restrictions Tuesday to help curb the spread of the virus amid an “alarming” rise of cases in the state.

“When the community spread of the virus becomes uncontrollable — and we are fast approaching that point — our only option is to simply shut down those opportunities for the virus,” the governor said in a statement.

Bars and restaurants serving alcohol will have to close by 10 p.m. starting Friday and mass gatherings will be limited to five people.

“Rollbacks will mean more economic turmoil for so many workers and business owners in our state who have already suffered and sacrificed so much,” the governor said. “But it is our only chance to prevent more devastating illness and to save lives.”

Meanhwile, despite news that a second Covid-19 vaccine trial was put on hold this week, Fauci said during the governors’ call Tuesday that efforts to develop a vaccine are on a “really good track.”

“A couple of the vaccines are very close to getting some sort of information,” he said, according to the audio obtained by CNN.

US health officials should know by November or December whether there is a safe and effective vaccine, Fauci said, adding, “It is conceivable that we might even know before then.”

When a vaccine is deemed safe, experts have said it should first be distributed among healthcare workers and vulnerable populations, before eventually becoming widely available to the US public.

During the call, Health and Human Services Secretary Alex Azar reminded states there is an upcoming deadline for them to provide a vaccine distribution plan to the CDC.

“We want you to be in close touch with your CDC liaison throughout this process as you approach the deadline for submitting a vaccine distribution plan to CDC, this Friday, October 16,” Azar said.

Don't Miss it COVID-19 in B.C.: 21 more Metro Vancouver schools with exposures, concerns about sports transmission, and more
Up Next Coronavirus LIVE Updates: Places of Worship in Maharashtra to Remain Shut, Metro Allowed to Reopen