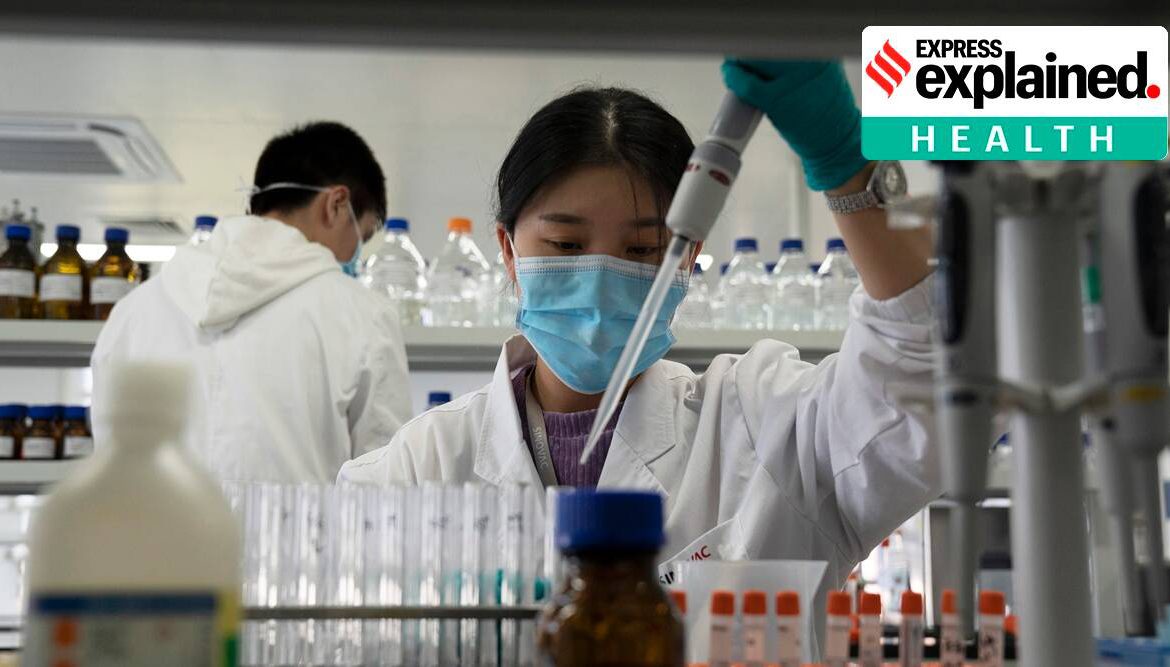 Experts say it is not uncommon to pause drug trials to investigate safety concerns, and such actions do not necessarily indicate a serious problem. (AP Photo: Ng Han Guan, File)

The quest in finding a fast and effective treatment for Covid-19 suffered twin setbacks in a span of 24 hours after two major American drugmakers — Johnson & Johnson and Eli Lilly and Company — announced they were halting late-stage clinical trials over safety concerns.

Eli Lilly and Company said it was halting the phase III trial, named ACTIV-3, of its coronavirus antibody drug LY-CoV555 in hospitalised patients without specifying what the safety concerns were. Recently, US President Donald Trump touted the Lilly drug, along with the antibody treatment from Regeneron Pharmaceuticals Inc that he received for his COVID-19 treatment, as “a cure” for the disease.

A day earlier, Johnson & Johnson became the second company after AstraZeneca to have halted Covid-19 vaccine trials. Johnson & Johnson, however, said it was a “study pause” and not a “regulatory hold”. AstraZeneca, which has jointly developed a vaccine with Oxford University, has resumed late-stage trials except in the US after the September adverse event.

Interestingly, both J&J and AstraZeneca use a common cold virus known as adenovirus to ferry coronavirus proteins into human cells, thereby causing the body to mount an immune defense against SARS-CoV-2. However, experts have said it was not uncommon to pause drug trials to investigate safety concerns, and such actions do not necessarily indicate a serious problem.

Covid-19 drugs, vaccines whose trials have been halted:

As part of its antibody therapy, US pharmaceutical firm Eli Lilly has developed a drug named LY-CoV555, and sought emergency use authorisation from the US FDA earlier this month. The firm, which is jointly developing the treatment with Canadian biotech AbCellera, had begun its ACTIV-3 trial in August and is aiming to recruit 10,000 patients, primarily in the United States.

The ACTIV-3 trial seeks to compare patients who receive its LY-CoV555 drug plus Gilead’s antiviral drug remdesivir with those who receive remdesivir alone.

What is LY-CoV555: The drug LY-CoV555 is basically a manufactured copy of an antibody from a patient who recovered from Covid-19. It is administered intravenously by drip. Known as monoclonal antibodies, such treatments work by recognising and locking on to foreign invaders to block infection of healthy cells. They are best known for treating certain types of cancer and autoimmune diseases.

Recent research: Clinical trial data released by Eli Lilly has shown that its therapy may help reduce hospital stays and emergency room visits for Covid-19 patients. While filing for emergency use authorisation, the firm had asked US regulators to give the drug to higher-risk patients recently diagnosed with mild to moderate Covid-19 symptoms.

Without releasing any information on the adverse event, Lilly said on Tuesday it had paused its clinical trial for the Covid-19 drug “out of an abundance of caution” over a potential safety concern. “Out of an abundance of caution, the ACTIV-3 independent data safety monitoring board (DSMB) has recommended a pause in enrollment,” Reuters quoted Lilly spokeswoman Molly McCully as saying. “Lilly is supportive of the decision by the independent DSMB to cautiously ensure the safety of the patients participating in this study,” the statement said.

However, Reuters reported that US drug inspectors uncovered serious quality control problems at an Eli Lilly pharmaceutical plant that was ramping up to manufacture the Covid-19 drug.

Johnson and Johnson had begun a 60,000-person phase III trial of its JNJ-78436735 vaccine last month and said it is likely to submit results by the end of the year or early 2021. The antidote stands out from other frontrunners like Moderna or Pfizer Inc since it is the first one that could potentially be a single-shot vaccine.

What is JNJ-78436735 vaccine: The vaccine is based on a single dose of a human adenovirus, known as Ad26, which causes common cold. The virus has been modified so that it cannot replicate and is combined with a part of the coronavirus called the “spike protein” that it uses to penetrate human cells. J&J had used the same technology in its Ebola vaccine.

Johnson & Johnson has said it temporarily paused clinical trials of its vaccine due to an “unexplained illness” in a study participant. J&J said it was not clear if that person was given the vaccine or a placebo. “The participant’s illness is being reviewed and evaluated by an independent data and safety monitoring board as well as the company’s clinical and safety physicians,” the company said in a statement.

The pause — decided by the company and not US regulators — basically means the firm will temporarily halt recruitment and dosing of participants.

Late-stage trials of the Oxford University’s ChAdOx1 vaccine (also christened AZD1222 and Covishield in India) are taking place in the UK, India, South Africa and Brazil. Trials, however, are on hold in the US. The vaccine candidate may get required clearances by Christmas in the UK, a report in The Times said.

What is ChAdOx1 vaccine: The vaccine incorporates the same approach as J&J, but uses a genetically engineered chimpanzee adenovirus.

Recent trial results: A report on early-stage human trial data of the vaccine candidate showed it had triggered a dual immune response in humans. The vaccine induced neutralising antibodies that rendered the virus non-infectious in “all participants” who had been administered a second dose, a paper published in The Lancet said.

On September 9, the vaccine trials were halted after one of the participants in the UK developed an “unexplained illness” in an adverse event. The participant reportedly had developed a serious spinal inflammatory syndrome called transverse myelitis. The Serum Institute of India, which is sponsoring mid- and late-stage human clinical trials for the vaccine candidate in India, also halted trials a day later. Trials, however, resumed in the UK and India on September 12 and September 22 respectively.

Don't Miss it Coronavirus may cause 'wave' of neurological conditions including Parkinson's disease | ABC News
Up Next N.B. COVID-19 roundup: no new cases today