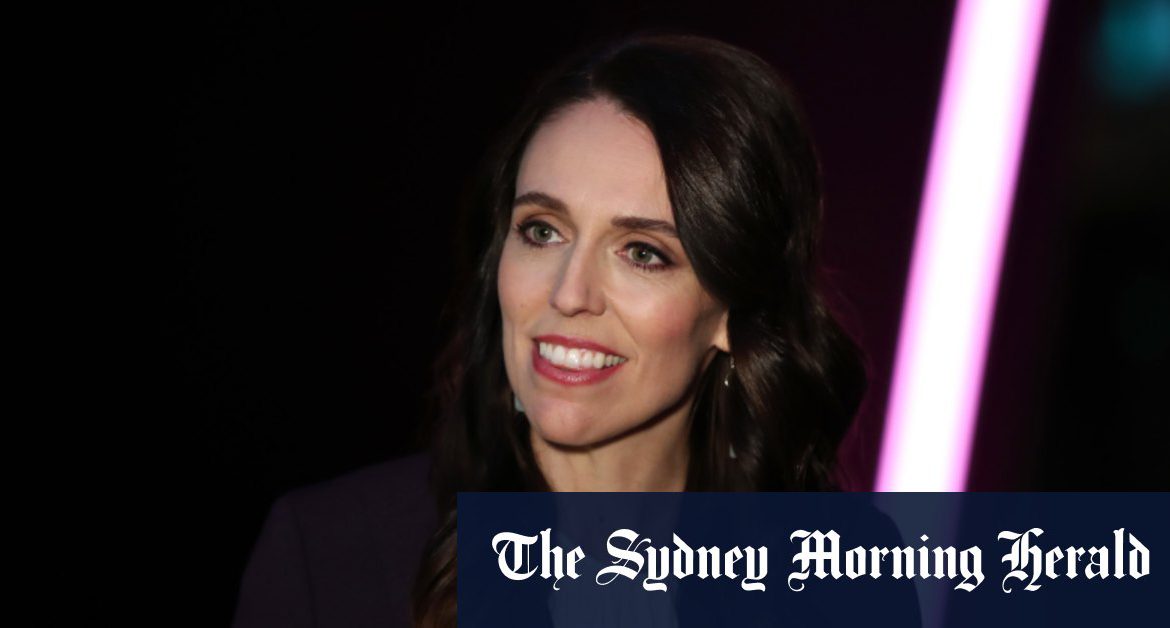 Ardern claimed victory and thanked New Zealanders for showing “the Labour Party its greatest support in at least 50 years”.

“We have seen that in urban and rural areas … and in seats we may have hoped for and equally those we may not have expected,” she said.

“We will build back better from the COVID crisis.

“This is our opportunity to build an economy that works for everyone, to keep creating decent jobs … to take on poverty and inequality, to turn all of the uncertainty and hard times into cause for hope and optimism.”

Opposition Leader Judith Collins conceded defeat and congratulated Ardern on the “outstanding result for the Labour Party” but cautioned that New Zealand was now in recession.

With the IMF projecting New Zealand will be in a worse position in five years’ time than other comparable nations, “[we] will need better fiscal policy than we have seen so far”.

On the current numbers Ardern won’t need the Greens to form government – she can claim a majority of seats in the Parliament for the first time since New Zealand moved to the mixed-member proportional representation (MMP) system in 1996. MMP requires voters to tick a box for a local electorate candidate and another vote for a party list of MPs.

However, Labour’s vote could decline and the National’s could rise as the votes are tallied. It could be a week or more before the exact make-up of the Parliament is determined.

What is certain is that Ardern will govern, either as a majority or in coalition with the Greens.

There are 72 electorate seats and 48 party list seats up for grabs in the election, which are allocated on a proportional basis to parties that poll more than 5 per cent.

Ardern told TV NZ she will talk to the centre left Greens about joining her party in government, after taking the night to digest her huge win.

She did indicate, however, that she was reluctant to hand over the deputy prime ministership to the Greens.

“First thing tomorrow, we can crack on with work,” she added.

The NZ Electoral Commission is now projecting the Maori Party could win one seat in the Parliament.

The two big losers in the poll were National and New Zealand First. National was projected to win just 35 seats on early results – down on 56 after the 2017 poll – and 26.9 per cent of the vote. Deputy Prime Minister Winston Peters’ New Zealand First party will likely lose all nine of its seats in Parliament as it was projected to poll less than 5 per cent of the vote and miss out on party list seats.

Deputy National leader Gerry Brownlee was set to lose his seat in one of a series of extraordinary results as Labour surfed a red wave to victory.

Peters offered his best wishes “to those who have been successful” and said “we should never stop trusting the people”.

Other than Labour, the winners in this election are the New Zealand Greens, who were projected to win 10 seats – an increase of two from 2017 – and the centre right ACT party, led by David Seymour, which is projected to win 10 seats, up from one in 2017, by picking up voters who deserted National and NZ First. The Maori Party could also return to parliament with one seat.

Ardern’s victory follows a cautious election campaign in which she made no big ticket promises and instead framed the delayed contest as one that centred on who New Zealanders trusted to lead the country in unprecedented times.

Since then, the Prime Minister has arguably failed to deliver on her promise to transform politics, as well as having to walk back or slow down promises to build 100,000 new homes, deliver a light rail project in Auckland and tackle child poverty.

James Massola is south-east Asia correspondent based in Jakarta. He was previously chief political correspondent, based in Canberra. He has been a Walkley and Quills finalist on three occasions, won a Kennedy Award for outstanding foreign correspondent and is the author of The Great Cave Rescue.

Don't Miss it Explained: The UK government’s ‘sex ban’ to limit the spread of Covid-19
Up Next Global coronavirus cases rise by one-day record of 400,000