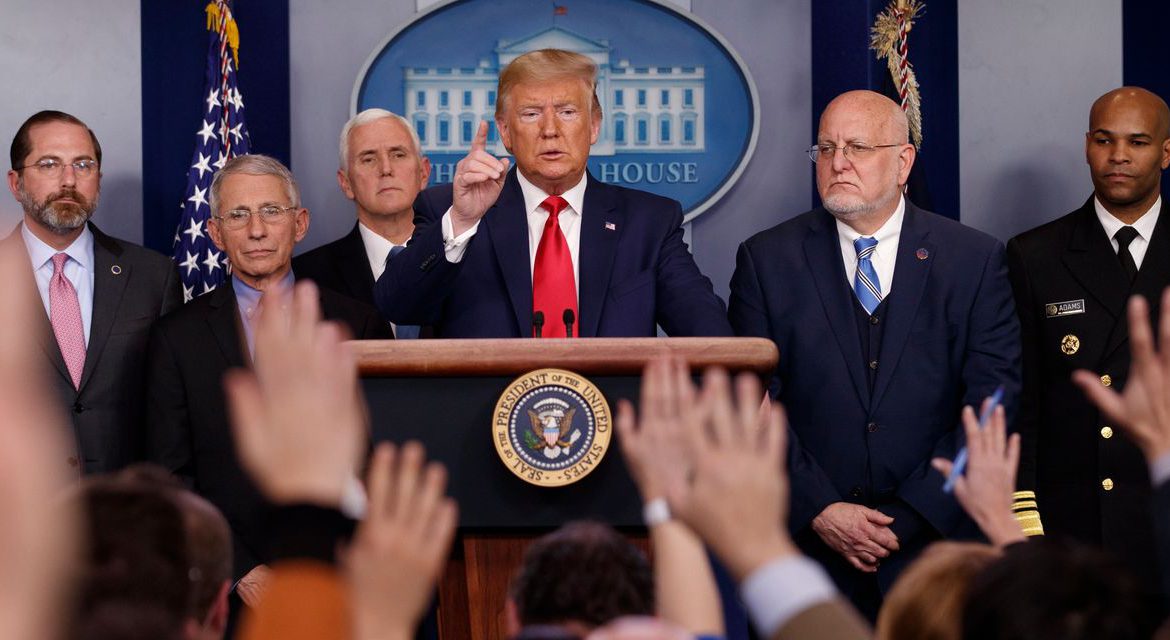 More than 1,000 current and former officers of an elite disease-fighting program at the U.S. Centers for Disease Control and Prevention have signed an open letter expressing dismay at the nation’s public-health response to the Covid-19 pandemic and calling for the federal agency to play a more central role.

“The absence of national leadership on Covid-19 is unprecedented and dangerous,” said the letter, signed by current and former officers of the CDC’s Epidemic Intelligence Service of outbreak investigators. “CDC should be at the forefront of a successful response to this global public health emergency.”

All of the signatories were writing to “express our concern about the ominous politicization and silencing of the nation’s health protection agency” during the current pandemic, said their letter, which was published Friday in the Epidemiology Monitor, a newsletter for epidemiologists.

“CDC has today, as it has every day during its 74-year history, provided the best available information and recommendations to the American public,” the agency said in a response to the letter. “Since January, more than 5,200 CDC personnel have dedicated themselves to protecting the health of the American people.”

Long regarded as the world’s premier public health agency, the CDC normally plays a leading role globally in a response to epidemics.

The Trump administration has been deeply involved at times in the shaping of scientific recommendations at the CDC during the pandemic, raising objections to guidelines for reopening churches and schools and for wearing masks, The Wall Street Journal reported. An administration spokesman said that “the CDC occupies a critical seat on the (coronavirus) task force, which is made up of public health leaders with an array of valuable expertise.”

Trust has eroded in the agency, a recent poll showed. Former agency officials and other public health professionals have spoken up in defense of the CDC, and argue it needs to resume its leading and science-based role heading the nation’s pandemic defenses.

The EIS, as it is known, is a two-year fellowship at the CDC in which officers develop disease detective chops as they fight on the front lines against outbreaks like Ebola, E. coli and other dangerous pathogens.

The letter was “an expression of solidarity among our community,” said Charles Rabkin, a medical epidemiologist at the National Cancer Institute and member of the EIS Class of 1984. He said he spent several months contacting each EIS class, spanning nearly seven decades, to gather signatures for the letter, which he said was publicly posted for that purpose.

Douglas Hamilton, a member of the EIS Class of 1991, said he signed the letter because he was concerned about protecting the CDC’s scientific credibility. “We’ve seen massive spinning or even rewriting of CDC recommendations,” said Dr. Hamilton, who retired from the CDC earlier this year.

The CDC’s recommendations and leadership are critical to help often under-resourced state and local health departments respond effectively in a pandemic, said Jeanette Stehr-Green, a public-health consultant in Port Angeles, Wash., who signed the letter.

Dr. Stehr-Green, a member of the EIS Class of 1984, said her team of 40 volunteer contact tracers grew confused on who to test for Covid-19 after the CDC dialed back its recommendations in August for who should get tested, saying people who didn’t have symptoms didn’t need to get tested even if they were in contact with a case.

“A number of steps such as that have interfered with us doing the best job that we can,” said Dr. Stehr-Green, who has worked for the CDC, as well as state and local health departments. “The CDC has written the book on epidemic preparedness and how to respond. Their expertise has been ignored to the detriment of us all.”

Write to Betsy McKay at betsy.mckay@wsj.com