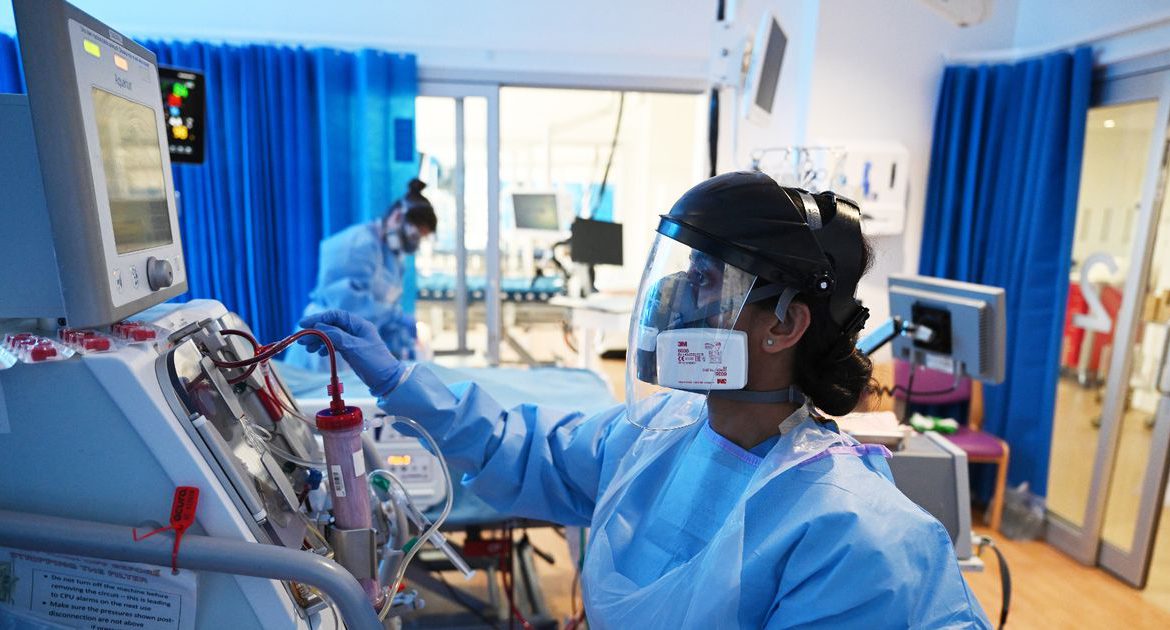 A further 67 people have died from coronavirus in the UK over the past day.

Today’s rise is the highest Sunday increase in fatalities since June 7, when 77 were recorded, with cases also shooting up today by 16,982.

It comes as the UK’s coronavirus hospital death toll rose by 69.

The two figures are calculated differently which means the hospital deaths number can sometimes be higher than the one for all fatalities.

A member of the Scientific Advisory Group for Emergencies (Sage) has said Christmas will be “tough” this year and is unlikely to be a traditional family celebration if Covid-19 infections continue to rise amid flu season.

Professor Jeremy Farrar said a circuit-breaker national lockdown is now needed, as previously recommended by Sage last month,claiming there could currently be 50,000 coronavirus cases per day across the UK.

Speaking to Sky News’ Sophy Ridge on Sunday, the Wellcome Trust director said the “best time” to have introduced the temporary lockdown would have been around September 20.

The “second best time” is now, and the “worst time” is the end of November when things would have really got considerably worse”.

He added: “I think we have to be honest and realistic and say that we are in for three to six months of a very, very difficult period.

“The temperatures drop, we are all indoors more often, we have the other infections that come this time of year.”

However, he said there is “light at the end of the tunnel” as he believes a Covid-19 vaccine and effective treatment will be ready in early 2021.

It is the largest increase on a Sunday since 77 deaths were announced on June 7.

A vaccine is expected to be ready in early 2021

The lowest total on a Sunday was three (set multiple times in August and early September), while the highest was 710 on April 12, when the UK was in the initial peak of its outbreak.

The figure tend to be lower on Sundays due to a weekend reporting lag.

NHS England announced 61 deaths, bringing the total number of fatalities in hospitals in England to 30,971.

The latest victims were aged between 54 and 96, and all except four, aged 56 to 92, had known underlying health conditions. The deaths were between October 4 and 17.

Four other deaths were reported with no positive Covid-19 test result.

Northern Ireland reported a further five fatalities, taking its total to 615. It now has 27,220 confirmed cases after an additional 1,012 positive tests.

A senior medic told Sky News there is no evidence to suggest that coronavirus has become less dangerous despite falling death rates.

Dr Alison Pittard, dean of the Faculty of Intensive Care Medicine in London, said that although treatment is improving, social distancing is also having an impact on transmission and viral load.

She said: “It is still a very deadly virus, although the majority of people who still become infected will have a very, very minor illness or may not even know that they are ill at all.

“For those people that require hospital admission, for those that come to intensive care it’s still a very severe disease.”

She added: “If you end up in critical care with Covid pneumonia you are almost twice as likely to die than somebody who’s admitted with a pneumonia not due to Covid – so it is still something to be worried about.”