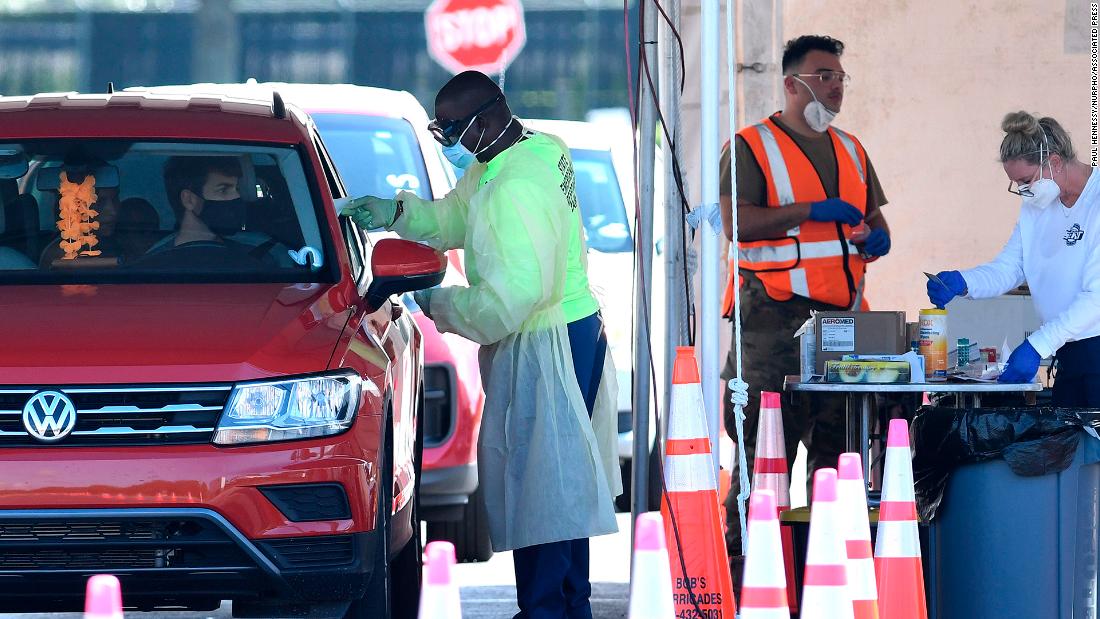 The US is averaging more than 55,000 new cases a day — up more than 60% since a mid-September dip — and experts say the country is in the midst of the dreaded fall surge. On Friday, the US reported the most infections in the single day since July. And as of Saturday, more than 8.1 million cases of the virus have been reported in the US and 219,286 people have died, according to data from Johns Hopkins University.

Only Missouri and Vermont recorde a more than 10% improvement in the average number of reported cases over the past week, according to data from Johns Hopkins University. Meanwhile, cases in Connecticut and Florida increased by 50% or more and those in 27 other states rose between 10% and 50%.

“This really is a harrowing time, and people have to be careful,” epidemiologist Dr. Abdul El-Sayed told CNN on Saturday.

‘This surge has the potential to be way worse’

More hospitalizations will likely be followed by a rise in daily coronavirus deaths, says Dr. Francis Collins, director of the National Institutes of Health.

And though the average of 700 coronavirus deaths a day the US is still below the daily tolls of 1,000 from July and August, University of Washington researchers project more than 2,300 Americans could die daily by mid-January.

“When we saw this kind of transmission earlier in the pandemic, in March and April, the virus hadn’t seeded everywhere … This surge has the potential to be way worse than it was than either the spring or the summer,” El-Sayed, Detroit’s former health director, said.

Experts say Americans can help get the virus under control by heeding guidelines touted by officials for months: avoiding crowded settings, keeping a distance, keeping small gatherings outdoors, and wearing a mask.

“This is a good moment for people to stop and ask themselves, ‘What can I do to try to be sure that we limit the further infections that otherwise seem to be looming in front of us as cold weather is kicking in and people are indoors, and those curves are going upward, in the wrong direction?'” Collins said Friday.

The upticks have prompted state leaders to push new measures, like mask enforcements and gathering limits, in hopes of curbing the spread.

In Kentucky, Gov. Andy Beshear said this month he instructed authorities to step up mask enforcement. And in New Mexico, the governor this week ordered new mass gathering limitations and a 10 p.m. closing time for establishments serving alcohol. “Every New Mexican can and must do their part to stop the spread of COVID-19 by staying home, limiting their interactions with others, and wearing their masks,” Grisham tweeted.