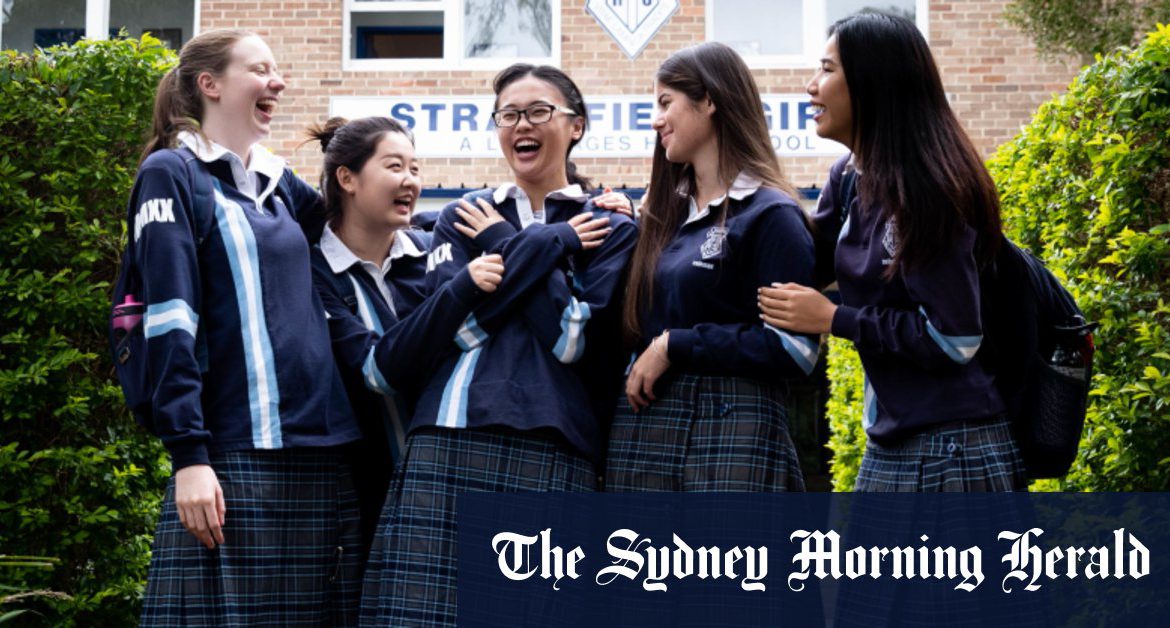 It was a departure from last year’s first English exam, which stumped students but was cautiously welcomed by some teachers for flipping the major essay format on its head.

Students had been expecting a general question about the broad theme of “human experiences”, as had been the case in prior years. But in an attempt to prevent rote-learning, the NSW Education Standards Authority instead asked students to tailor their essays to a specific minor theme, depending on their text.

Those who studied George Orwell’s 1984 were asked specifically about loneliness; the question for Shakespeare’s Merchant of Venice was about deception.

This year, however, saw the return of the general essay question.

“We were worried it was going to be really specific [again]. But it wasn’t, so it was quite great,” said year 12 student Sela Deng.

Her classmate Annabel Knight agreed: “Overall I felt like the exam was at our level. Although some parts were a bit challenging, I feel like we were prepared enough to answer them all to the best of our abilities.”

“I feel like they were a bit nicer this year, than last year,” she said.

Mr Down said the 2019 paper had nonetheless changed how he prepared students for the final exam throughout the year.

“It made us think about where things can go just beyond a regurgitation of themes. We needed to go back to the rubric, pull it apart, [and also] give them a few ideas on how you might deal with a question that’s so specific,” he said.

“It was really interesting that this year, it’s a general one. So who knows what next year will be?”

NESA chief executive Paul Martin did not speculate on the “secret affair” of exams on Tuesday, but gave his congratulations to year 12 on finishing their first exam.

“Doing the HSC at any time is a difficult task. Doing it under the pressure of COVID this year has been even more so,” he said.

“One exam down now… Hopefully the students are feeling like they’ve got the first one under their belt and they can move forward confidently.”

The second English exam will be held on Wednesday, with 31,347 students tested on the standard course and 24,874 on the advanced course.

Natassia is the education reporter for The Sydney Morning Herald.