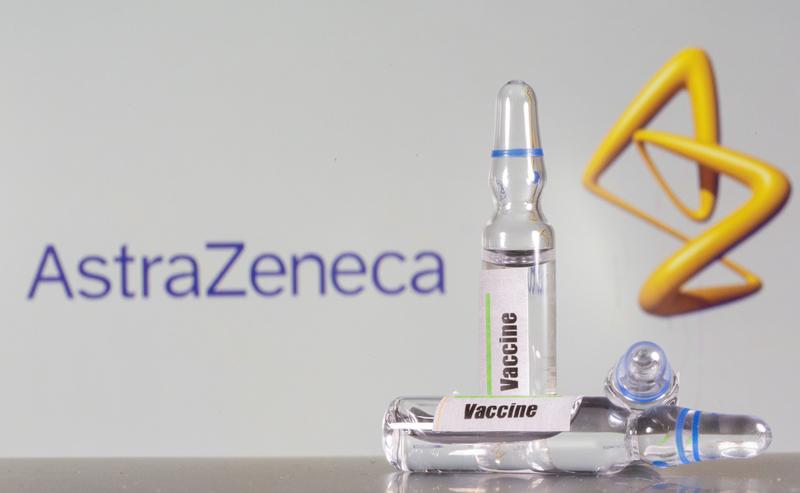 SAO PAULO/FRANKFURT (Reuters) – Brazilian health authority Anvisa said on Wednesday that a volunteer in a clinical trial of the COVID-19 vaccine developed by AstraZeneca AZN.L and Oxford University had died but added that the trial would continue.

FILE PHOTO: A test tube labelled with the Vaccine is seen in front of AstraZeneca logo in this illustration taken, September 9, 2020. REUTERS/Dado Ruvic/Illustration

Oxford confirmed the plan to keep testing, saying in a statement that after careful assessment “there have been no concerns about safety of the clinical trial.”

A source familiar with the matter told Reuters the trial would have been suspended if the volunteer who died had received the COVID-19 vaccine, suggesting the person was part of the control group that was given a meningitis jab.

The Federal University of Sao Paulo, which is helping coordinate phase 3 clinical trials in Brazil, said an independent review committee had also recommended the trial continue. The university earlier confirmed the volunteer was Brazilian but gave no further personal details.

“Everything is proceeding as expected, without any record of serious vaccine-related complications involving any of the participating volunteers,” the Brazilian university said in a statement.

So far, 8,000 of the planned 10,000 volunteers in the trial have been recruited and given the first dose in six cities in Brazil, and many have already received the second shot, said a university spokesman.

CNN Brasil reported that the volunteer was a 28-year-old man who lived in Rio de Janeiro and died from COVID-19 complications.

Anvisa provided no further details, citing medical confidentiality of those involved in trials.

Brazil’s federal government has plans to purchase the UK vaccine and produce it at biomedical research center FioCruz in Rio de Janeiro, while a competing vaccine from China’s Sinovac Biotech Ltd SVA.O is being tested by Sao Paulo state’s research center Butantan Institute.

Brazil’s President Jair Bolsonaro said on Wednesday the federal government will not buy the Sinovac vaccine.

Reporting by Eduardo Simoes in Sao Paulo and Ludwig Burger in Frankfurt; additional reporting by Ricardo Brito and Anthony Boadle in Brasilia and Alistair Smout in London; writing by Jake Spring; editing by Jonathan Oatis and Rosalba O’Brien