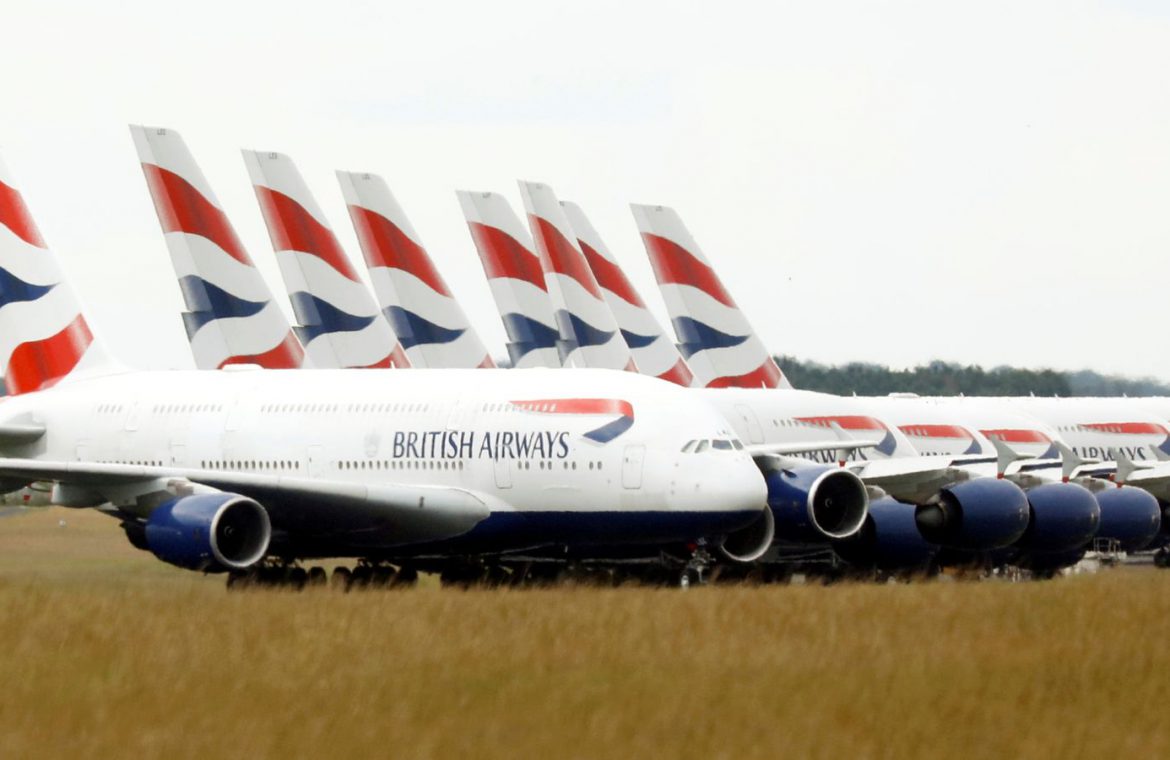 The parent company of British Airways (BA) has revealed further losses and downgraded its outlook as renewed coronavirus restrictions knock demand for travel.

International Airlines Group (IAG), which includes Iberia and Aer Lingus in its stable of airlines, reported a €1.3bn (£1.17bn) loss for the third quarter of the year to the end of September in an unexpected update to the market.

The figure compares to a profit of almost €1.4bn in the same period last year and came in far worse than the €920m loss that City analysts had expected. Fewer that 50% of seats were filled on flights that operated during July and September.

IAG, which implemented a management shake-up after the departure of chief executive Willie Walsh in September that saw BA’s boss Alex Cruz ousted, warned it would fly no more than 30% of the capacity it flew in the same period last year in the current fourth quarter.

The company said: “Recent overall bookings have not developed as previously expected due to additional measures implemented by many European governments in response to a second wave of COVID-19 infections, including an increase in local lockdowns and extension of quarantine requirements to travellers from an increasing number of countries.

“At the same time, initiatives designed to replace quarantine periods and increase customer confidence to book and travel, such as pre-departure testing and air corridor arrangements, have not been adopted by governments as quickly as anticipated.”

IAG said that the continuing disruption meant it would no longer meet a key breakeven net cash flow target in the fourth quarter.

Its shares, which have lost almost three quarters of their value so far this year, fell 5% at the open.

Coronavirus lockdowns globally and shifting national restrictions have taken a heavy toll on the aviation sector.

A Sky News jobs tracker shows the industry has suffered most in terms of lost employment, with BA alone expecting to have cut up to 13,000 roles once its downsizing has been completed.

Its own cost-cutting plans also included scrapping its fleet of 747 jumbo jets.

The sector has demanded a testing regime that can replace quarantine demands placed on passengers travelling back to the UK from so-called “red list” countries.

In an interview with Sky News this week, Heathrow’s chief executive John Holland-Kaye said the government had made progress towards meeting that ambition through the launch of a new taskforce.

The UK’s largest airport has introduced “rapid” tests this week – at a cost of £80 – for people who want to travel to Italy and Hong Kong.

IAG said it had €6bn of liquidity to navigate the downturn.

William Ryder, equity analyst at Hargreaves Lansdown, said of the group’s update: “The virus has returned with a vengeance and governments have started to impose increasingly draconian measures to fight it.

“IAG’s bookings have been far below the level expected, and so the group’s losses look set to deepen.”