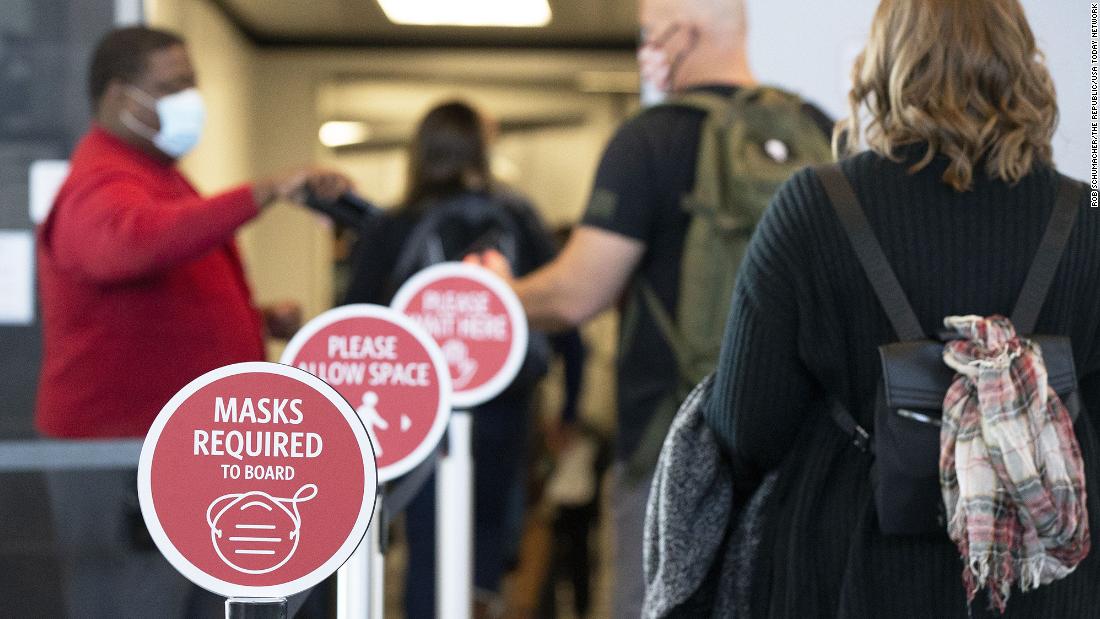 At least 31 states are now reporting more new Covid-19 cases than the previous week and only one state — Hawaii — is trending in the right direction. Hospitalizations are also on the rise, with tens of thousands of patients nationwide and hospital systems already taking a hard hit.

In other words, it’s going to be “a horrible winter,” according to Dr. Peter Hotez, dean of the National School of Tropical Medicine at Baylor College of Medicine.

Experts say the coming months will be especially challenging for several reasons. The country never got down to a low daily case baseline before entering the colder seasons, meaning new infections will be building on an already rampant spread of the virus. As gatherings move indoors, the virus is more likely to spread.

The surge also comes after many schools and universities reopened, and college towns and campuses all over the country reported outbreaks. And then, there are the upcoming holidays that are making public health officials nervous. With household gatherings already helping drive the surge of cases, experts worry large celebrations will continue to fuel the spread within American communities. Virtual celebrations are the safest route, infectious disease experts said Wednesday.

In Wisconsin, the governor announced the first patient was admitted Wednesday to the field hospital that opened in response to a surge of Covid-19 patients.

“We are thankful to have this facility available to Wisconsinites and our hospitals, but also saddened that this is where Wisconsin is at today,” Gov. Tony Evers said in a news release.

New Jersey Gov. Phil Murphy said Wednesday the state added more than 1,000 daily infections and its hospitalizations are at the highest they have been in three months.

And there are alarming patterns coming out of the Dakotas as well.

North Dakota is seeing an average of more than 101 new cases per 100,000 people every day — the highest per capita new case rate of any state so far in the pandemic, according to the COVID Tracking Project. To put that into perspective: that would be like California averaging nearly 40,000 new cases daily.

South Dakota holds the second highest rate of new cases per 100,000 in the country, according to data from Johns Hopkins.

It doesn’t have to be this way

There’s still time to turn things around, officials have said, with the help of basic public health measures touted by experts for months.

Those include masks and social distancing. Updated guidance from the US Centers for Disease Control and Prevention on close contact emphasize just how critical face coverings are.

The CDC’s new definition of a close contact with a Covid-19 patient includes exposures adding up to a total of 15 minutes spent six feet or closer to an infected individual over a 24-hour period. Previously, the CDC defined a close contact as 15 minutes of continuous exposure to an infected individual. The change comes after a report from Vermont of a corrections officer who became infected after several brief interactions with infected inmates — none of them lasting 15 minutes, but adding up over time.

“The key point for people to remember is that there is no safe period of time to be with somebody who’s not part of your bubble if both of you are not wearing masks,” public health expert Dr. Ashish Jha said Wednesday.

“It’s really critical that people wear masks if you’re going to be with somebody for any extended period of time, even if it’s less than 15 minutes.”

Communities should also be prepared to have testing and other available resources for areas that see spikes in cases, said Dr. Richard Besser, former acting director of the CDC.

“The more targeted you can be, the more you’re going to be able to get past all this pandemic fatigue, which is leading a lot of people who are doing the right thing to start to slip and not do everything they used to do,” he said.