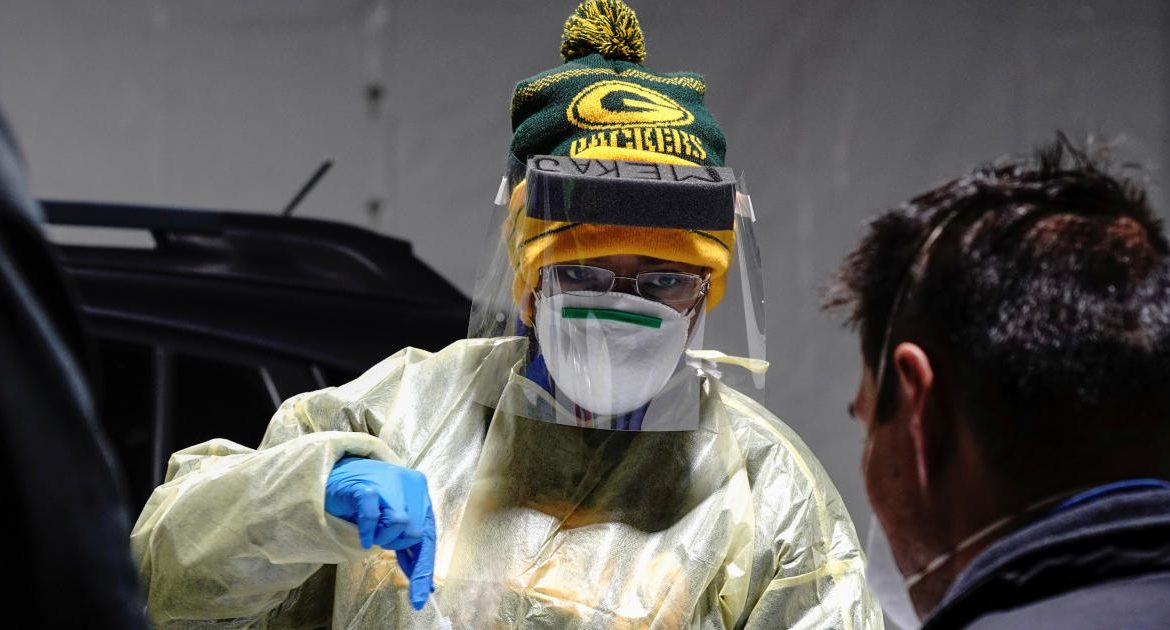 The Czech Republic’s prime minister called on his health minister to resign or be fired after he broke strict government restrictions to slow a record surge of coronavirus infections and visited a Prague restaurant.

Prime Minister Andrej Babis said Friday he will meet with the country’s president later in the day to discuss a possible replacement of the minister, Roman Prymula.

“If we want the people to abide by the rules … it is us who have to set an example,” Babis said. “We can’t preach water and drink wine.”

Restaurants are closed in the Czech Republic because of the pandemic, and it wasn’t immediately clear if the establishment was open or if the owner only allowed Prymula and Faltynek in to dine there.

11:34 AM
Russia insists COVID “under control” as bodies pile up in a hospital

Moscow — Russia confirmed a record 17,340 new coronavirus cases on Friday, but despite the rise, and mounting deaths, authorities pledged not to reimpose strict lockdown measures across the country and declared the epidemic “under control.”

The increase in daily cases — Friday was the first time Russia has recorded more than 17,000 in a single day — brought the total number of confirmed COVID-19 diagnoses in the country thus far to 1,480,646. Russia remains the fourth worst-hit country in the world by the number of confirmed infections.

Despite the number of new cases and deaths recorded daily being higher than in the spring, Russia’s government has thus far declined to follow some European countries that have re-imposed blanket lockdowns.

A horrifying video surfaced on Russian social media feeds this week showing dozens of dead bodies in black plastic bags lined up in a basement hallway at a Siberian hospital. The video, dated October 17, shows the bags on the floor and on gurneys. The unnamed man who shot the video, which was first uploaded to the Telegram messaging app, says all the bodies belong to COVID-19 patients.

11:10 AM
Idaho board drops local mask mandate despite doctors’ warnings

Moments after hearing an Idaho hospital was overwhelmed by COVID-19 patients and looking at sending people as far away as Seattle for care, members of a regional health department board voted Thursday to repeal a local mask mandate.

Kootenai Health in Coeur d’Alene reached 99% capacity a day earlier, even after doubling up patients in rooms and buying more hospital beds. Idaho is one of several states where a surge of COVID-19 infections is overwhelming hospitals, likely in part because cooler weather is sending people indoors, U.S. health officials said.

But the board voted 4-3 to end the mask mandate. Board members overseeing the operations of Idaho’s public health districts are appointed by county commissioners and not required to have any medical experience.

Board member Walt Kirby said he was giving up on the idea of controlling the spread of coronavirus.

“I personally do not care whether anybody wears a mask or not. If they want to be dumb enough to walk around and expose themselves and others, that’s fine with me,” Kirby said. “Nobody’s wearing the damned mask anyway… I’m sitting back and watching them catch it and die. Hopefully I’ll live through it.”

Some Chicago businesses will have to close by 10 p.m. and residents are asked to limit gatherings to six people as the number of newly confirmed coronavirus cases among residents continues to rise, the city’s mayor announced Thursday.

All of the changes take effect Friday.

Lightfoot warned earlier this week that rising numbers of new confirmed cases could lead to reinstated restrictions on the city’s economy. As of Thursday, Lightfoot said the city was reporting an average of 645 new cases during the past seven days.

The seven-day average for new cases was a record 757 on Wednesday, with many cases in rural parts of the state.

More than 90 of the state’s 105 counties have opted out of Democratic Governor Laura Kelly’s mask order. She plans to speak with House and Senate leadership to work toward a bipartisan mask requirement with more teeth.

Some lawmakers have resisted imposing statewide restrictions, wanting the decisions left to local officials. Kelly says there will be legislative challenges, but the research is clear: Masks work.

New Jersey on Thursday reported more than 1,000 new COVID-19 cases for the fifth day in a row as the state battles a new rise of infections. Governor Phil Murphy said the statewide rate of transmission is now 1.17, which means each new case is leading to more than one other infection.

“We’re advising all New Jerseyans to avoid any unnecessary interstate travel given the recent increases in numbers both here and in neighboring states,” Murphy tweeted. “Crossing state lines for work, groceries, or worship is one thing – but otherwise, stay in New Jersey.”

Hospitalizations are increasing in the state and more schools are delaying reopenings.

“This is not something we didn’t expect. We expected a second wave to happen in the fall. But the question is how bad it gets. That means peak, and how quickly we get to that peak,” said Dr. Shereef Elnahal, president and CEO of University Hospital, Newark, CBS New York reported.

Murphy said Thursday officials are seeing trouble with gatherings in private homes and urged people to follow CDC guidelines “and not gather in a private home with anyone outside your immediate family.”

Don't Miss it Premier Ford speaks as Ontario reports 826 new COVID-19 cases, 9 more deaths
Up Next China and the Coronavirus: From Superspreader Nation to Economic Winner? | To the point