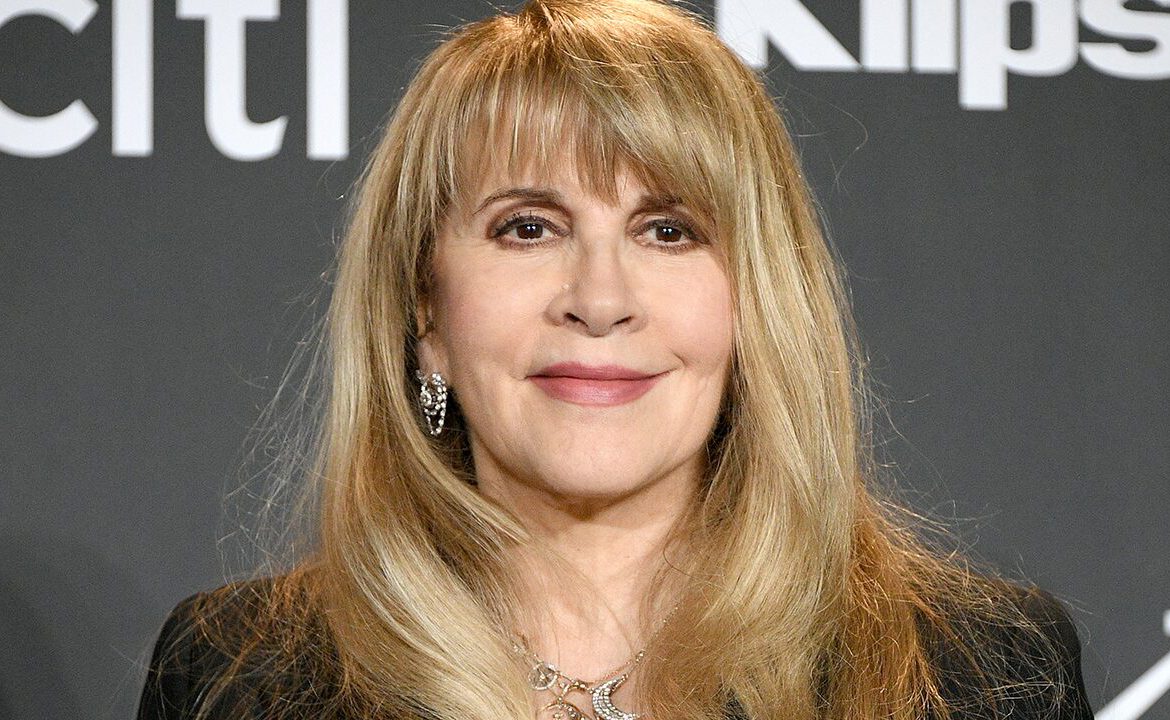 Stevie Nicks is looking forward to performing for a live audience again.

The 72-year-old rock legend opened up about waiting on the coronavirus pandemic to pass in a recent interview on “CBS Sunday Morning.”

“Time is being stolen from all of us,” said the “Edge of Seventeen” singer of waiting to take the stage again. “Absolutely. Especially if you’re 72 years old.”

Such a concept weighs heavily on Nicks, who’s career is still active and consists of frequent live performances.

“When you’re really working, you really stay young. You stay young because you have to,” she explained. “But, when you’re just sitting around in your house, I think that Old Man Time starts to get ahold of you.”

Stevie Nicks feels that ‘time is being stolen from’ artists as they wait for the coronavirus pandemic to end. (Photo by Dia Dipasupil/FilmMagic)

The award-winning musician currently holds a unique title as the only woman to have been inducted into the Rock and Roll Hall of Fame twice — once for her solo work and once for her work with Fleetwood Mac.

She’s proud of the accomplishment, however, and said that she feels she “definitely broke a big rock ‘n roll glass ceiling.”

It’s hard to imagine Nicks before her massive success, but like many artists, the singer-songwriter had humble beginnings. She cleaned houses to support herself and then-boyfriend Lindsey Buckingham during her early days in the music industry.

Despite the not-so-glamorous job, Nicks said she never felt that she had made a mistake by pursuing performing.

“… I was doing that to support my music, my music pal, Lindsey [Buckingham] and some other friends, too, you know, that didn’t have hardly anything,” the rocker recounted. “So I was the one who actually was able to pay the rent and pay the money to keep our Toyota running. And so it’s like, I didn’t mind at all, because I did not expect my boyfriend, Lindsey, to get a job. Because what in the world would he do?”

Eventually, she crossed paths with Christine McVie, the only other woman in Fleetwood Mac, which Nicks and Buckingham were both part of.

The ladies became close pals and had a plan should they ever find themselves being disrespected because of their gender.

“Christine and I, we made a pact at the very beginning that if we were ever in a room of super famous guitar players that didn’t treat us with the respect that we thought that we deserved, that we would just stand up and say, ‘This party’s over,’ and we would walk out,” revealed the star.

Luckily, they never had to make such a move, she said.

Decades later, Nicks is still going at it, recently having released her first song in six years, “Show Them the Way.”

Fleetwood Mac is experiencing renewed success as well, with their classic album “Rumours” and the song “Dreams” re-entering mainstream charts.

The renaissance is due in large part to a viral TikTok featuring a man skateboarding while listening to “Dreams” and enjoying Ocean Spray juice straight from the bottle.

“This TikTok thing has, kind of, blown my mind and I’m happy about it because it seems to have made so many people happy,” said Nicks, who has referenced the clip in a TikTok of her own, as has the band’s namesake Mick Fleetwood.

After all of her years churning out hits, there’s one thing that appears to be missing from Nicks’ life: A lasting relationship.

Fleetwood Mac was infamous for its members dating one another or participating in flings in various combinations and despite some high-profile breakups — including a divorce after just three months of marriage — it doesn’t appear that the rock star feels terribly blue about her love life.

“It’s not easy to be Mr. Stevie Nicks,” she admitted, after explaining that she’d had three great loves in her life. “Even if you happen to be Mr. Really Famous Rock Star Guy.”

Buckingham, however, isn’t exactly one of those three.

“Lindsey is — has his own category. Lindsey was my great musical love,” stated Nicks. “That’s different.”

Her love of music has brought her happiness through the years.

“When I’m 90 years old, I don’t wanna be laying in my big, gorgeous bedroom  with music playing and 15 little Chinese crested dogs and going like, ‘Ugh, I’m so broken-hearted that I didn’t find the one,'” said Nicks. “And then I would have to answer myself and say, ‘Yes, but you did find several ‘the ones’ who you wrote really great songs about and that’s why you’re living in this absolutely spectacular house with everything that you want and anything that you could possibly wanna buy.'”

She added: “And the way it’s supposed to be.”

Don't Miss it #FakeMelania? It’s the least of Trump’s worries amid coronavirus outbreak
Up Next Coronavirus: Germany warns against ′vaccine nationalism′ | News | DW