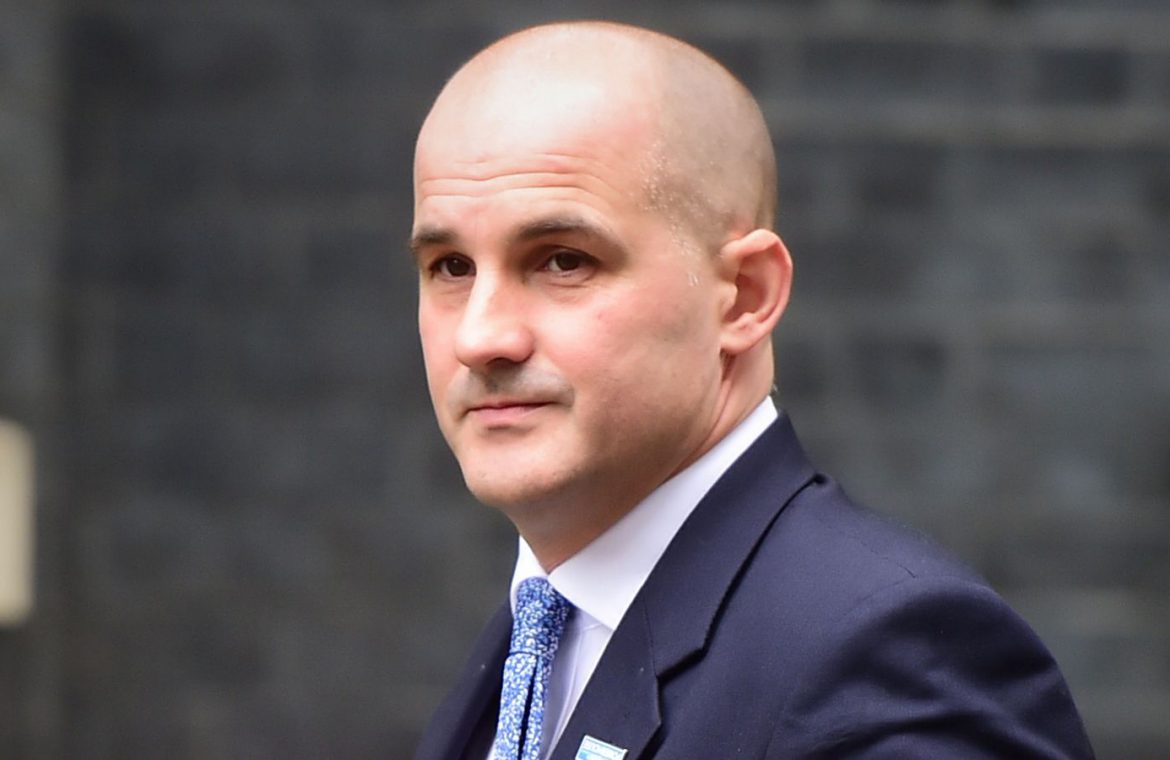 More than 50 Tory MPs from “red wall” seats are demanding a “roadmap out of lockdown” from Boris Johnson and a post-COVID economic recovery plan for the north of England.

As Warrington and parts of Nottinghamshire became the latest areas to be placed under Tier 3 restrictions, the MPs have voiced their anger over the hardship brought by strict lockdown rules.

Latest coronavirus news from the UK and around the world

Image:
Northern cities such as Manchester have been under local restrictions for weeks

The demands come in a hard-hitting letter to the prime minister from the newly-launched Northern Research Group of Conservative MPs, led by former Boris Johnson ally and ex-Northern Powerhouse minister Jake Berry.

Mr Berry, who has previously called COVID-19 restrictions on the North “London-centric” and “the manacles of state control”, claims the virus threatens to increase the North-South divide and “send the North into reverse”.

The group is calling on the government to begin work to “level-up the North”, which Mr Johnson has claimed is his mission after the Tories made sweeping gains from Labour in the region in the general election.

In what amounts to a manifesto for the North, the MPs’ demands include:

Set out a clear roadmap out of lockdownPrioritise accelerating key road, rail and social infrastructure projects and job creationDevelop a tailored economic recovery plan for the North

In their letter, the MPs remind the prime minister that many towns and cities in the north of England have been under strict local restrictions in the weeks preceding his announcement of a tier-based system two weeks ago.

They warn the government that, with no end in sight, the adversity of local economies is set to continue, with many people facing hardship as they close their businesses and lose their jobs.

Mr Berry, MP for the Lancashire constituency of Rossendale and Darwen, said: “The North has seen a level of disruption unparalleled with other parts of the country.

“The virus has exposed in sharp relief the deep structural and systemic disadvantage faced by our communities and it threatens to continue to increase the disparity between the North and South still further.

“Our constituents have been some of the hardest hit by this virus with many losing jobs, businesses, and livelihoods.

“Never has there been a more pertinent and urgent political and economic case to support people living in the North.

“However, instead of moving forwards on our shared ambitions, the cost of COVID and the virus itself threatens to send the North into reverse.”

Tory MP William Wragg, MP for Hazel Grove in Greater Manchester and a rebel against coronavirus restrictions, added: “We have long needed a good deal for the North from the government and the virus has only exacerbated that need.

“This isn’t about giving government a tough time – the prime minister shares our collective priority. But there are compelling and constructive arguments we, as a group of Northern MPs, can make to government about how it delivers on its promise to level up the North.

“From transport to digital connectivity, education and skills to small businesses, our region and its people can propel our national recovery.

“On a pan-northern basis, we can work with government to create wealth and opportunity for our constituents, building back better after COVID.”

Responding to the Tory MPs’ letter for Labour, shadow chief Treasury secretary Bridget Phillipson said: “Even Boris Johnson’s own MPs know that he cannot be trusted to deliver on his promises.

“The government has been treating local communities with contempt. The decision not to extend free school meals is the clearest sign yet that the Conservatives have the wrong priorities and are not on the side of British families.”

A Downing Street spokesperson said: “We are absolutely committed to levelling up across the country and building back better after coronavirus.

“We stood at the last election on a solemn promise that we would improve people’s lives, and although the pandemic has meant 2020 is not the year we all hoped it would be, our ambitions for the country are unchanged.”

ELMWOOD PARK, N.J. – It took only a single act of generosity to undo months of Sofia Burke’s caution on…

A grim new record of 16 deaths due to COVID-19 were posted on Tuesday, as the province added 283 new…

That second pandemic: “fake news” about those very vaccines. Francesco Rocca, president of the International Federation of Red Cross and…