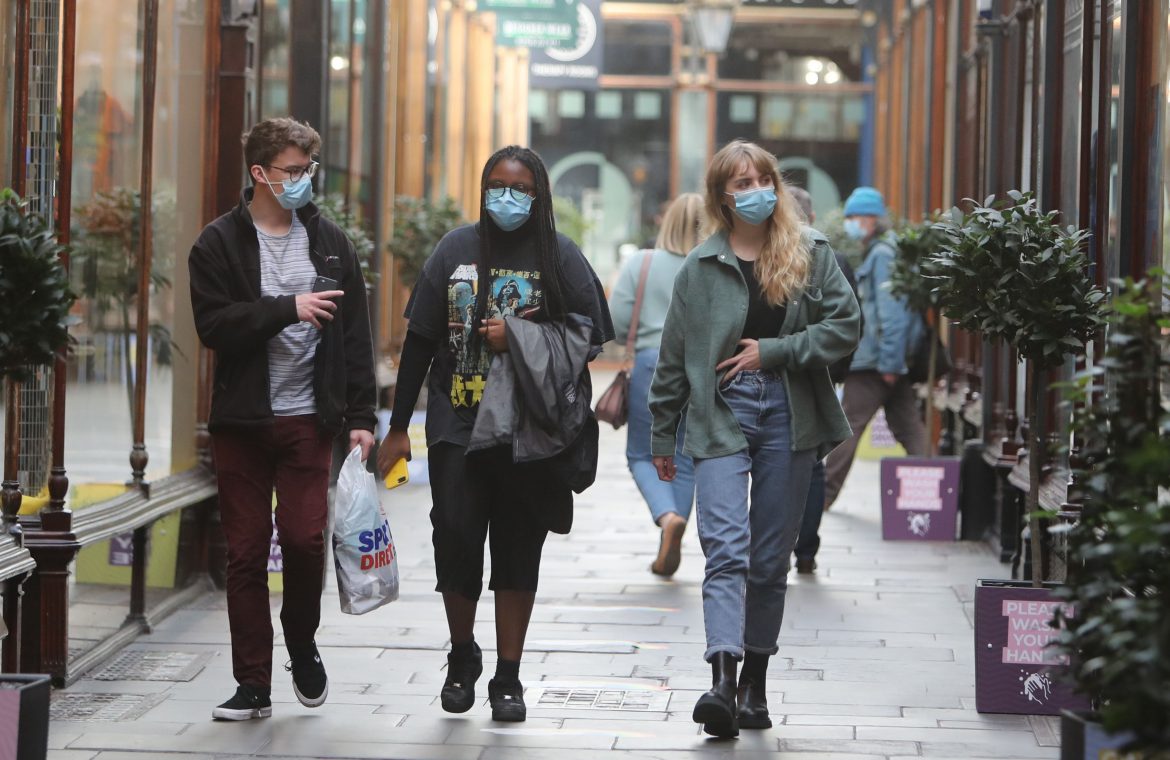 A group of 50 Conservative MPs representing northern constituencies has called on Boris Johnson to provide a “road-map out of lockdown” as more than eight million people prepare to be placed under the most stringent restrictions by the end of the week.

The prime minister was warned that the pandemic is threatening his election pledge to “level-up” the country and risks “sending the north into reverse”, as the number of UK fatalities with Covid-19 on the death certificate surpassed 61,000.

It comes as scientists found coronavirus immunity may only last a few months after a study revealed a decline in protective antibodies.

Claudia Sheinbaum, a close ally of Mexican president Andres Manuel Lopez Obrador, has announced she has tested positive but has not developed symptoms, and would continue with her duties remotely.

Unlike the president, Ms Sheinbaum has appeared regularly in public wearing a face mask. She has been at pains to demonstrate the city government is taking the pandemic seriously.

The 58-year-old scientist is viewed by political analysts as one of the top contenders to succeed Mr Lopez Obrador in 2024.

Our political editor Andrew Woodcock has more on Greater Manchester mayor Andy Burnham’s request for powers to close Tesco supermarket branches which fail to enforce the rules on face masks.

The UK has recorded 367 more deaths over the latest 24-hour period – the highest daily rise since late May.

Some 22,885 new cases were also identified, according to government figures, bringing the UK total to more than 915,000.

Covid-related deaths in England and Wales have risen for the sixth week in a row, separate data from the ONS showed on Tuesday.

The Italian health ministry has identified a record 21,994 new coronavirus infections in the past 24 hours.

It comes hours after German economy minister Peter Altmaier warned the country could also exceed 20,000 cases within days amid an “exponential rise”.

Greater Manchester Mayor Andy Burnham has accused Tesco of failing to be “Covid-safe” over the use of masks, accusing the supermarket giant of having failed to take a “responsible attitude”.

He told the Lords economic affairs committee that local leaders had called for the government to hand over powers to take targeted enforcement action against firms that fail to protect staff and customers.

“We asked for summary closure powers of all premises that were not deemed to be Covid-safe,” Mr Burnham said.

“I’m not just talking about pubs and restaurants. There are large supermarkets in Greater Manchester who in my view have not properly implemented the requirements around face coverings. And I’ll name one chain: Tesco.

“I don’t believe they’ve taken a responsible attitude to this issue, they’ve said it’s not for them to enforce. Well I do think it is for those organisations to enforce.

“We have asked for targeted summary closure powers to be able to temporarily close venues which we do not believe are adhering properly to the protocols.

“We think that would be a better approach than blanket restrictions that may or may not have the impact that the government wants on the virus.”

Shedding some light on the week of negotiations between councils and ministers for south Nottinghamshire’s tier 3 measures, councillor John Clarke, Gedling Borough Council’s leader, said local authorities had acted as a “united front”.

He said by Monday, the councils had convinced the government gyms, hair salons and barber shops, cinemas and theatres should remain open.

He added the councils “didn’t quite succeed” on getting an allowance for visiting hairdressers, but there was agreement on salon-based premises “staying open”.

Councils had also been keen to pin down “an exit strategy”, securing a 28-day review date.

Mr Clarke added: “I am hopeful everybody will pull together, get on the right end of the rope, pull it and let’s get this sorted in 28 days.

“Failing that, there will be dozens of businesses going to the wall.”

Check on people in self-isolation ‘every day’, WHO tells Boris Johnson

People self-isolating need to be monitored “every day” if Covid-19 is to be tamed, the World Health Organisation says – urging Boris Johnson to be much tougher.

Another lockdown could be avoided, a spokeswoman said, but only if the UK and other European countries provided far more help to those affected and ensured they complied.

A further 207 people who tested positive for coronavirus have died in hospital in England, bringing the total number of confirmed deaths reported in hospitals to 32,117, NHS England has said.

Patients were aged between 36 and 101. All except six, aged between 60 and 93 years old, had known underlying health conditions.

The deaths were between 24 September and 26 October, with the majority being on or after 20 October.

Fourteen other deaths were reported with no positive Covid-19 test result.

One of the largest NHS trusts in England has become the latest to announce it is being forced to cancel operations for patients after the number of coronavirus patients jumped 30 per cent over the weekend.

Bosses at Leeds Teaching Hospitals Trust have warned staff the numbers of Covid patients are near the peak of the first wave earlier this year, with the overall numbers of all patients in hospital higher than the spring, adding pressure on the hospital’s ability to cope with increasing numbers needing a bed.

Another full lockdown may be needed to control virus, Sage member warns

Professor Wendy Barclay, a member of the Scientific Advisory Group for Emergencies (Sage), has warned nothing short of the full lockdown seen in March has managed to control the virus.

Prof Barclay, from Imperial College London, suggested tier 3 restrictions may not be enough.

“The total lockdown that we had back in late March was enough to turn the tide, and get the virus back under control,” she told Times Radio.

She acknowledged it was a “very difficult balancing act” to allow people to get on with their lives while trying to reduce the spread of the virus.

Don't Miss it Coronavirus update Sep 17 – Melbourne's 'Ring of Steel', and overseas arrivals | News Breakfast
Up Next What you need to know about COVID-19 in Ottawa on Tuesday, Oct. 27