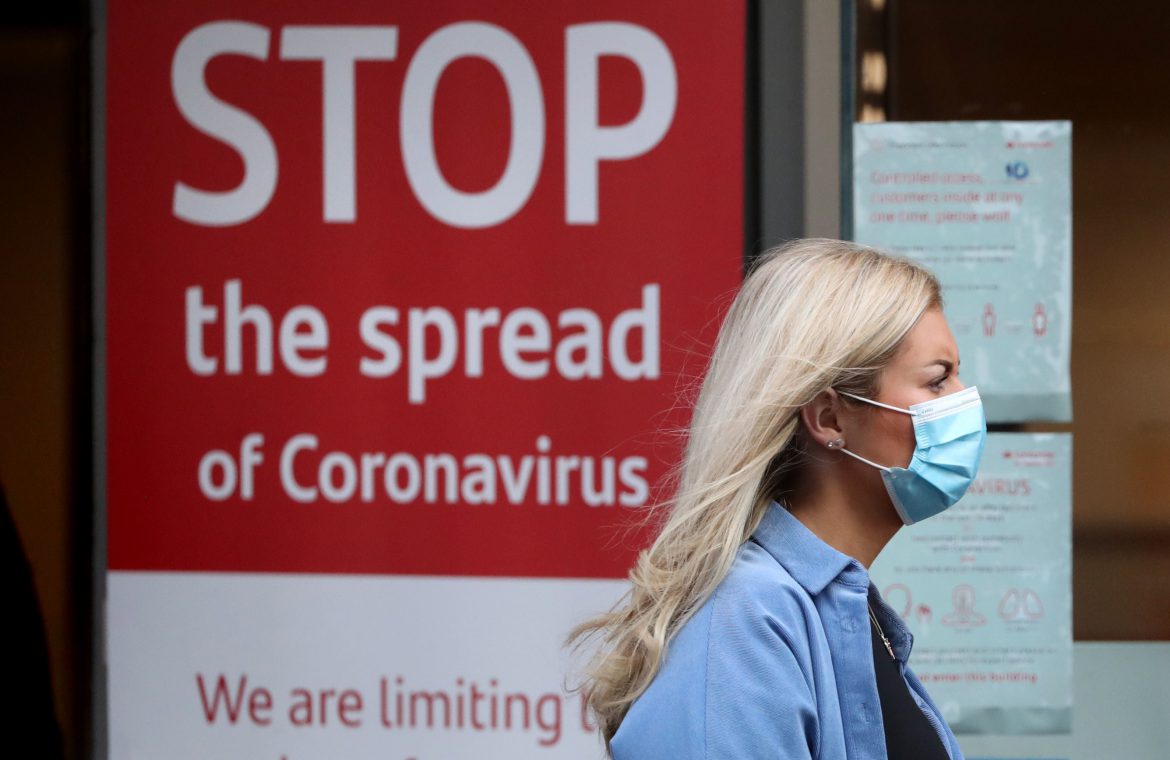 A leaked report has this evening revealed some of the science behind Boris Johnson’s ever-tightening coronavirus restrictions – and his reluctance to give in to pressure to draw a roadmap out of lockdown.

The document, apparently presented to the prime minister in the summer and obtained by The Spectator magazine, sets out a “worst case planning scenario” which could see a second wave of Covid-19 deaths and hospitalisations far worse than the first wave in the spring and dragging on until March or April of 2021.

The paper, produced in July by the prime minister’s Scientific Advisory Group on Emergencies (Sage), does not represent a forecast or a prediction of what will happen.

But it sets out a grim scenario under which 85,000 people could die from Covid between now and April, with 356,000 spending time in hospital and infections peaking at 100,000 a day.

The potential fatalities compare to the official tally of 58,925 deaths with Covid-19 on the death certificate in the outbreak so far, after 24,701 daily cases and 310 fatalities were reported on Wednesday.

It emerged as French president Emmanuel Macron announced a second national lockdown for at least the whole of November.

And cabinet minister George Eustice did not rule out restrictions on Christmas travel for people under the tightest tier 3 restrictions.

“We want to be in a position where people can meet with family. Will it be able to happen on a large scale? Well, that might be harder, if we’re honest,” the environment secretary told Times Radio.

“But we nevertheless want Christmas to be celebrated and for families to be able to celebrate and mark Christmas, it’s a very important family time.”

And public health expert Dr Gabriel Scally of the University of Bristol told The Independent that the prime minister was running out of time to impose a national “circuit-breaker” lockdown if he wanted to preserve the option of a brief lockdown amnesty to allow family gatherings at Christmas.

Although the leaked paper makes clear that things could turn out better than its worst-case scenario, its warnings of how badly they could go wrong will have been taken into account by the prime minister as he drew up his three-tier system of regional restrictions and progressively tightened them to include first Merseyside, then Lancashire, South Yorkshire, Greater Manchester, Warrington and Nottinghamshire in the toughest “very high alert” tier 3.

The document’s central assumption is a “difficult autumn followed by a large winter peak”, with the virus doubling every two weeks. After the first month of this, it says non-household contacts should be reduced to half their pre-pandemic levels while schools remain open.

And it adds: “The measures are sustained until the end of March 2021.”

According to the paper, deaths could be be expected to surge in December, with 500 or more dying each day in the worst case for at least three months and a peak of 800 daily deaths in late February.

In this scenario, fatalities from the second wave would reach around 85,000 by the end of March, but more people would die as the outbreak tailed off in the following months.

The NHS would have to be prepared to deal with as many as 25,000 Covid patients in hospital at any one time – well above the peak of 19,849 in the first wave.

By February, the worst-case scenario would see new Covid infections peaking at 100,000 a day, of whom 2,400 could be expected to be hospitalised, 492 to end up in intensive care and 700 to die.

The second wave of coronavirus has been felt particularly across hospitals in the north of England where some regions have seen almost a fifth of hospital beds occupied by Covid-19 patients.

Routine operations have been cancelled by hospital trusts in Nottingham, Birmingham, Leeds, Liverpool and Bradford as numbers of Covid-19 patients have equalled or surpassed those seen during the peak of the first wave in April.

During the first wave the NHS saw a sudden sharp increase of admissions to hospital with the single highest daily number of 3,584 patients on 1 April.

At one stage the NHS was caring for 19,000 coronavirus patients with many on ventilators in makeshift intensive care beds as hospitals were forced to cancel routine operations to free up staff.

Since the first wave hospitals have learned more about the disease and the treatments with more patients being kept off ventilators.

With more than 9,500 patients in hospitals across the UK on Wednesday capacity in many hospitals is already being squeezed.

The worst-case scenario represents the most pessimistic view of how the pandemic could develop in the UK, and is far gloomier than alternative models developed by other scientists.

University College London’s Professor Karl Friston, a member of the Independent Sage group of scientists, said that projections using the “dynamic causal modelling” method saw infections drop off much earlier, with a peak in the vicinity of 200 during November.

The model takes into account existing government policies – including the ability to tighten restrictions in response to spikes in cases – as well as observed public behaviour.

“If everything unfolds according to how we have been behaving as a population up to now, the model predicts we will peak in terms of fatalities in a few weeks’ time,” he told The Independent.

However, Prof Friston stressed that any projection was subject to the assumptions fed into the model. A worst-case scenario would be expected to include assumptions such as low immunity after recovery or poor public response to safety guidance, in order to demonstrate how events could develop negatively.

“The notion of a protracted second wave after Christmas is consistent with a mechanism of viral transmission which sees a loss of immunity, so that people can catch the virus more than once,” he said.

A government spokesperson said: “As a responsible government we continue to prepare for a wide range of scenarios, including the reasonable worst case scenario.

“We have made significant strides in our approach – we have provided the NHS with an extra £3 billion in funding to help it continue to provide high quality care as we head into winter, treatments like dexamethasone have been proven to save lives and there is promising progress in finding a vaccine through government-backed scientific research.”

Don't Miss it Oil tumbles 6% on surging COVID-19 cases and inventory buildups
Up Next Sudan khalwas: Undercover in the schools that chain boys – BBC News