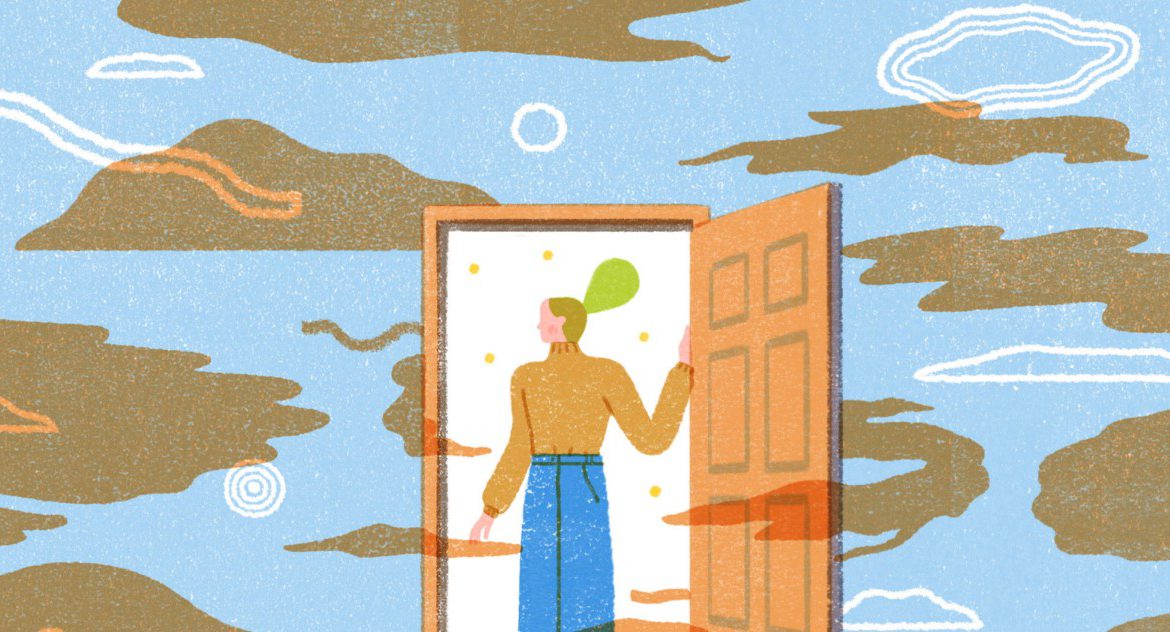 Corey McPherson knows that he contracted SARS-CoV-2 back in March. He also knows that by late April, when he turned 36, he’d mostly recovered from his acute symptoms — his fever and pain and breathing problems.

But if you ask him now to recall that time, he says that there’s not a lot he could tell you. It’s as if a page has been ripped out of his memory’s notebook. “I don’t remember much about when I was actually sick with it,” he says. “There are one or two blips, but I have almost zero recollection of that time. I still forget a lot of things.”

McPherson lives in Detroit and works in IT. Pre-Covid, he exercised almost every day and was healthy. His mind was sharp. “I was the guy who remembered everything,” he says. “But my memory is horrible now.” He struggles sometimes to come up with simple words or to finish sentences, and he often feels disoriented. “I often find myself in a dream-like state, and I have to snap back into reality,” he says. “At first I thought this was just a hiccup in my recovery, but now it’s been six months and it’s not getting better.”

The term “brain fog” is ill-defined, but it’s one that more and more experts are using to describe a cluster of neurological symptoms that a lot of people who have had Covid-19 go on to experience for months following their initial infection. These symptoms include memory and concentration problems, as well as a general lack of sharpness. They also include headaches, poor sleep, anxiety, and other lingering symptoms that seem rooted in the brain.

“I don’t remember much about when I was actually sick with it. There are one or two blips, but I have almost zero recollection of that time. I still forget a lot of things.”

For a recent study published in the Journal of Infection, a group of doctors followed up with 120 former Covid-19 patients three months after hospital discharge. Roughly 1 in 3 said that memory loss was a persistent issue, and 28% said they still had problems concentrating.

Another report, published in July by researchers at Indiana University, surveyed more than 1,500 people who’d had Covid-19 and were still experiencing health problems months later. Concentration and memory impairments were some of the most common symptoms among these Covid-19 “long-haulers.”

Natalie Lambert, PhD, is author of that report and an associate research professor at the Indiana University School of Medicine. She has continued to collect data on long-haul symptoms, and is getting ready to publish a larger report based on 4,000 respondents. “More than half of the respondents said they have difficulty concentrating or focusing, and 39% said they have memory problems,” she says.

The more symptoms a person has at the start of their illness, the more likely that person is to develop brain fog and other persistent symptoms.

At this point, it’s difficult to estimate the percentage of people who contract SARS-CoV-2 and then go on to develop brain fog or other cognitive symptoms. Lambert explains that, for the most part, there is still very little research being done on people who don’t require hospitalization. “Less than 1% of people infected are hospitalized, so we’re not collecting data on a majority of patients,” she says.

But according to an app-based survey of more than 4 million people — led by researchers at Massachusetts General Hospital, Harvard Medical School, and King’s College London — roughly 1 in 20 people who get Covid-19 still experience lingering symptoms, including brain fog, eight weeks after infection. The more symptoms a person has at the start of their illness, the more likely that person is to develop brain fog and other persistent symptoms, that survey found. It also found that while older adults are more likely to develop “long Covid,” the condition is also prevalent among 18-to-49-year-olds.

“There’s this idea that if you’re young and healthy, you’re not going to have long-term impacts,” Lambert says. “But from the data we’ve collected on Covid long-haulers, the median age we see is people in their 40s.” She’s quick to add that her data is not based on a random sampling of the public, and so its findings don’t necessarily map onto the wider American populace.

“But we’ve seen competitive weightlifters and marathoners reporting these symptoms,” she adds. “It’s clear that they can happen to anybody.”

One of the leading explanations for brain fog and other lingering Covid-related brain symptoms — as well as for many of the virus’s other persistent effects — involves the immune system’s reaction to SARS-CoV-2.

“When the immune system gets revved up in response to a virus, there could be a cytokine explosion in the brain that does all types of damage,” says Leonard Jason, PhD, a professor of clinical psychology and director of the Center for Community Research at DePaul University. “So the immune system has the hit, and then it does the structural damage to the brain.”

Jason studies chronic fatigue syndrome, which is also known as myalgic encephalomyelitis. He says that the symptoms and timelines of ME/CFS appear to closely resemble those associated with post-Covid syndrome.

Some of his research has focused on young people who contract the Epstein-Barr virus, which causes infectious mononucleosis (mono). He and his colleagues found that, six months after having mono, between 9% and 12% of patients experience fatigue, memory problems, poor concentration, and other lingering symptoms. Jason also found evidence of unusual inflammation profiles among people with ME/CFS. Specifically, the levels of various cytokines — which are immune system proteins that, among other jobs, are responsible for turning up or down inflammation — tend to show some consistent and uncommon patterns among people with ME/CFS.

It’s not known if these same cytokine profiles are present in people with brain fog and other persistent symptoms. But research in the journal Nature Reviews Neurology explains how cytokines and their associated immune activity could lead to injuriously high levels of inflammation in the brains of people with Covid-19. They could also trigger small strokes that initially go unnoticed but that could cause cognitive damage or disruption.

It’s unclear how SARS-CoV-2 gets into the brain. But there’s evidence that the virus has the ability to infect blood cells and vessels, which researchers say may be one route by which it moves through the body and induces complications in any number of organs — including the brain.

“Right now, my colleague Mark Zinn and I are particularly looking at brain waves and trying to find out whether they’re causing many of the problems in people with post-viral illnesses,” Jason says. “We’re also looking at the neurons and how they communicate with each other.”

He says that it’s possible the immune system’s reaction to SARS-CoV-2 could shift brain activity in ways that disrupt sleep-wake cycles. “At night the brain may become more overactive, while in the day it’s more slow-wave,” he says. This sort of dysregulation could explain the brain fog and other brain-related symptoms in people with long-haul Covid.

But at this point, there are many more theories than answers.

It’s too early, and the medical community’s understanding of long-haul Covid is too rudimentary, to know what may help those who have chronic cognitive symptoms. “For brain fog or memory difficulties or different types of dysregulation of the nervous system, we don’t have great ways to treat these people yet,” says Indiana University’s Lambert.

Encouragingly, she says that some people have reported recovering fully even after dealing with months of brain-related symptoms. But there are simply too many unknowns at this point to make prognostications.

For now, she and other experts say that those who are experiencing these symptoms are in need of emotional support. Tragically, many aren’t getting it. “People say that their family members or even their doctors don’t believe them, which is devastating,” she says.

Jason agrees. “A lot of people who have these symptoms have people in their social environment who question them and wonder why they’re not working or taking care of their kids, or why they don’t have that old zest,” he says. “They end up feeling stigmatized, and that can be very harmful.”

Don't Miss it Toronto man creates ‘Yelp for COVID-19 test centres’ where you can get more info, leave a review
Up Next UK coronavirus live: about 560,000 people in England had Covid between 17 and 23 October, estimates show | Politics