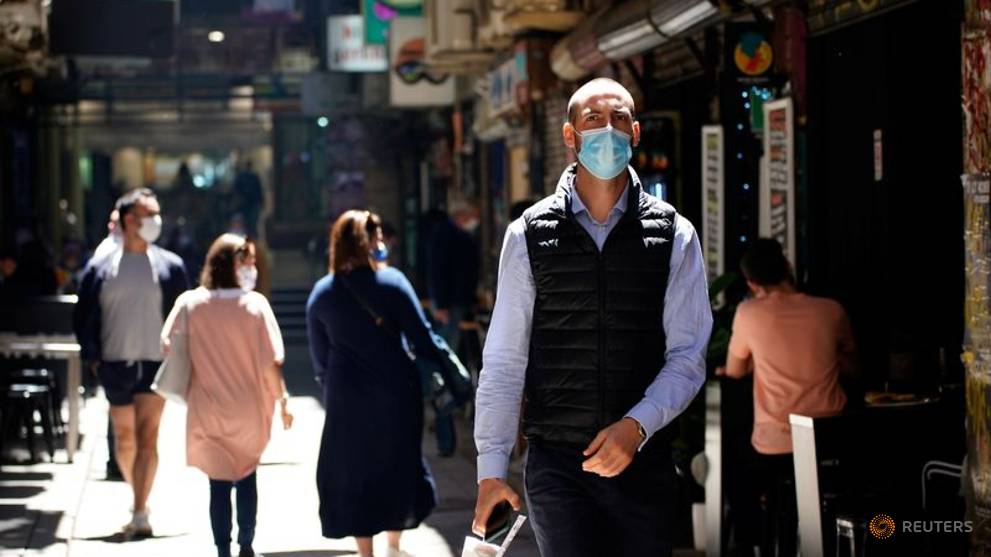 MELBOURNE: The Labor Party in Australia’s Queensland state was on track on Saturday (Oct 31) to retain power in an election overshadowed by COVID-19, with voters approving the strict measures that put the state at odds with the national government.

Final results were expected late into Saturday night, but a partial count showed Labor was polling well at a primary vote of 40.8 per cent with the Liberal National Party on 34.2 per cent, according to the Electoral Commission of Queensland.

“The early numbers are strong, but it’s a little early to call,” Wayne Swan, the president of the Australian Labor Party said, according to local media.

Queensland Premier Annastacia Palaszczuk and the member for Oxley Milton Dick bump elbows after casting their votes in the state election. (Photo: AP)

“Australia needs Queensland to return to the powerhouse state it once was,” Morrison said in a video message on Facebook.

At the same time, residents in Melbourne, Australia’s second-largest city, on Saturday enjoyed their first weekend of relative freedom after an almost four-month lockdown as coronavirus case numbers continued to dwindle.

As Melburnians have flocked to parks, tennis courts, restaurants and shops, officials reported no new COVID-19 cases in Victoria state and no deaths, saying that further tests on an earlier reported case confirmed it was not an infection.

That compares to average daily new cases of around 700 in July and early August, which made it Australia’s pandemic hotspot.

Australia has fared much better than many countries in managing the pandemic, recording just over 27,500 cases and 907 deaths since the start of the year. As of Friday, there were just under 200 active cases.

The government announced on Saturday it would spend A$500 million (US$350 million) over the next three years to help Pacific and Southeast Asian countries roll out vaccination programs to against COVID-19.

The government has agreements with Britain’s AstraZeneca Plc and Australia’s University of Queensland for potential vaccines and has pledged free immunisation to all Australians and donations to regional partners.