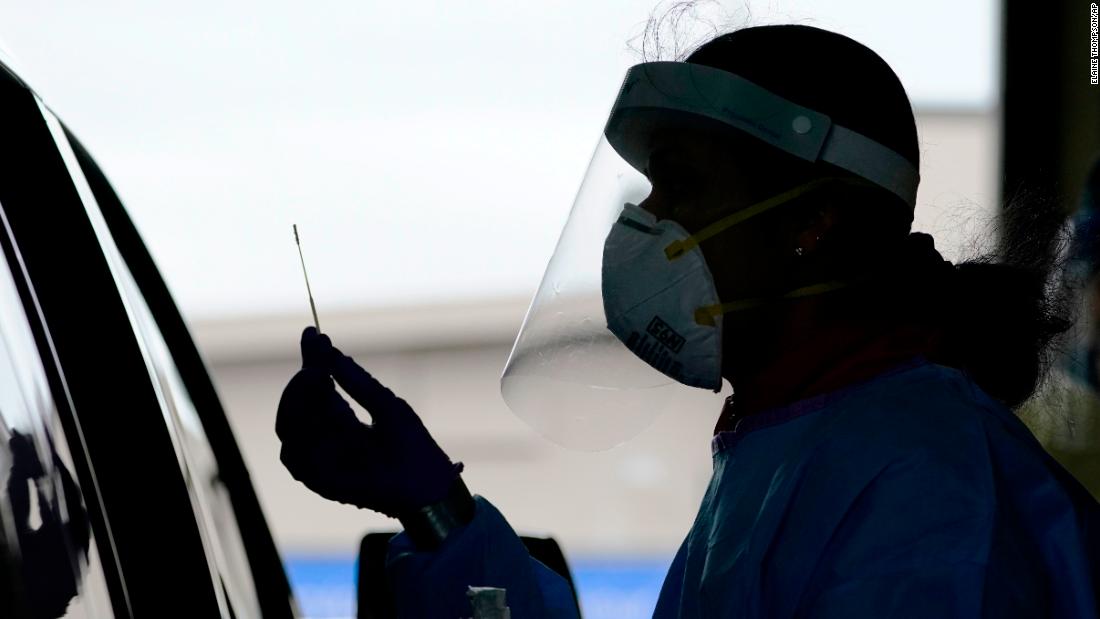 The latest surge of cases appears to be driven by patients with no symptoms, said Dr. Robert Redfield, the director for the US Centers for Disease Control and Prevention.

A “silent epidemic” of asymptomatic Covid-19 infections is “moving amongst 12- to 30-year-olds” and then making the jump to older people, Redfield told SiriusXM Doctor Radio Reports on Friday.

“This is what is driving the expansion that we’re seeing in the outbreak across the country right now,” he said.

A positive diagnosis every second

Daily Covid-19 cases in the US hit a new high once again on Friday when health officials reported 91,744 cases, topping previous high of 88,521 cases on Thursday. The top five Covid-19 case days have all occurred in the last eight days.

In Florida, health officials reported more than 5,500 cases on Friday, pushing the state’s case count past 800,0000 cumulative cases. Florida is the third state to surpass that mark, behind California and Texas, according to Johns Hopkins data.

“Today, we now have one person being diagnosed (with) coronavirus every second,” said former Baltimore Health Commissioner Dr. Leana Wen. “We have one American dying of coronavirus every two minutes, and that number is increasing.”

Wen, an emergency medicine physician, told CNN’s Wolf Blitzer on Friday that she is most concerned about the rate of test positivity. In some states, she said one in two people being tested are testing positive.

The Institute for Health Metrics and Evaluation at the University of Washington School of Medicine says it is most likely that by the middle of January, 2,250 Americans will be dying every day from the coronavirus — three times more than the current rate.

And it could get much worse.

“If states do not react to rising numbers by re-imposing mandates, cumulative deaths could reach 514,000 by the same date,” the IHME said in its latest forecast.

“The fall/winter surge should lead to a daily death toll that is approximately three times higher than now by mid-January. Hospital systems, particularly ICUs, are expected to be under extreme stress in December and January in 18 states.”

And hospitals are already under increased strain. More than 46,000 people were hospitalized on Friday and 14 states and one US territory reported its highest number of Covid-19 hospitalizations, according to the Covid Tracking Project.

The transmission of Covid-19 among household members is common and quick, a study published Friday by the CDC shows. In the study, 53% of people who lived with someone who had Covid-19 became infected within a week.

“Substantial transmission occurred whether the index patient was an adult or a child,” researchers said.

The study, published in CDC’s Morbidity and Mortality Weekly Report, followed households in Nashville and Marshfield, Wisconsin, from April to September, and included 101 people initially infected with Covid-19 and 191 people they live with.

A 53% household infection rate is higher than what has been documented so far. Much of the related research to date has reported a 20-40% infection rate. For this study, household members weren’t just tracked through contract tracing, but were trained to track their symptoms and self-collect samples to be tested for coronavirus for 14 days.

Murphy told CNN Friday that he attributed the rise in cases to the cold, “fatigue” and indoor private gatherings.

Forty-three states have shown an increase in cases compared to last week, with five holding steady and two — Oklahoma and Louisiana — reporting a decline, according to JHU.

Washington reported more than 1,000 new Covid-19 cases Friday, the state’s health department said. It’s the first time since mid-July that the state has seen more than 1,000 positive tests in a single day.

“In today’s numbers, we see more evidence that the surge isn’t coming — it’s here,” the department said in a statement.

New Mexico reported more than 1,000 cases for a second day in a row on Friday and deaths surpassed 1,000, which New Mexico Gov. Michelle Lujan Grisham called “an unfathomable tragedy.”

“I plead with New Mexicans: Take this virus seriously. Don’t wait for the illness and death it delivers to arrive on your doorstep, within your family, to take the precautions we know work. Recommit to the mindset we all had in March and April and May: No errand is worth your life, no visit with friends and family is worth their lives,” she said in a statement. “Please, fight through the impulse to surrender to the virus, to fatigue, to whatever it might be.”

Illinois reported a daily high of new cases for the second time in a week with 6,363 new cases Thursday.

The total number of cases statewide now stands at 395,458, according to the Illinois Department of Public Health. Gov. J.B. Pritzker and IDPH announced that Region 3 would go into Covid-19 mitigation measures.Nine of the state’s 11 regions will now be under resurgence mitigation measures due to the high average positivity rates.

Murphy urged New Jersey residents not to take family members out of nursing homes for Thanksgiving.

A CNN investigation of 17 Trump campaign rallies finds that 14 of the host counties had an increased rate of new Covid-19 cases one month after the rally.

The 17 rallies occurred between August 17 and September 26. CNN evaluated the rate of new daily cases per 100,000 residents at four weeks before the rally, on the rally date, and four weeks after the rally at the county level and at the state level.