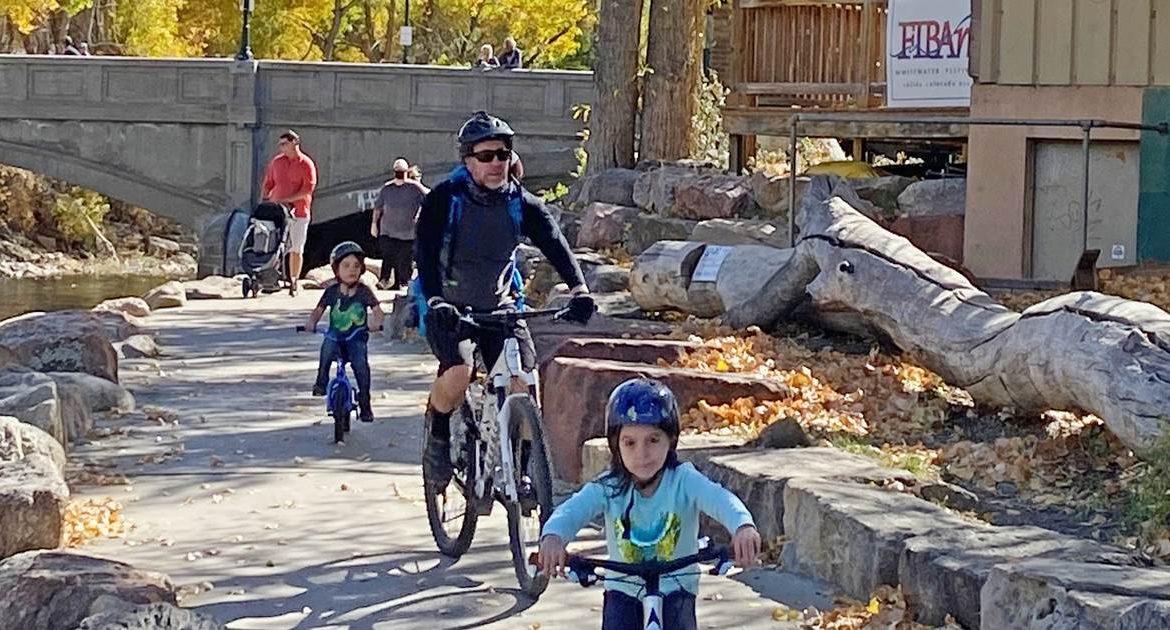 SALIDA, Colo. — The last of the aspen and cottonwood leaves are falling in this former mining town, where a boom-to-bust economy was once a fact of life.

With the onset of the coronavirus pandemic, more of a bust-to-boom scenario was created in Salida, a city of 6,000 that fell on hard times like communities across the U.S. as businesses closed under stay-at-home orders and once gainfully employed residents landed in the unemployment line.

But in mid-May, locals witnessed a sudden change: City dwellers started visiting Salida for a weekend — or even longer to ride out the pandemic and work remotely — mirroring a trend seen in rural communities and small towns across the nation.

“It’s been a wild ride,” said Jillian Chernofsky, owner of the Creekside Chalet cabins in Salida, 142 miles south of Denver. “When the property was shut down in March and April, and we were getting so many cancellations for the summer, we thought it was doomsday.”

When the cabins reopened in mid-May, the situation changed like the Colorado weather, which can shift from dark and snowy to sunny and clear within minutes.

“Our revenue for 2020 is up 25 percent over 2019,” Chernofsky said. “We’re seeing the highest occupancy in four years. This is the busiest we’ve ever been.”

Pre-pandemic, Creekside Chalet’s customers came from out of state for five to seven days, but this year, Colorado residents are coming for short getaways,” Chernofsky said.

“People are so grateful to have a place to escape reality,” she said. “People just want a change of scenery. They want to be able to get out of their bubble, out of the city, be immersed in nature and be with the ones they love.”

About 80 miles away, the ski town of Breckenridge is trending as a great place to visit and work remotely, according to a recent report by Airbnb, joining other picturesque spots like Park City, Utah; Truckee, California; Durham, North Carolina; Santa Fe, New Mexico; and Fort Walton Beach, Florida.

“When the pandemic started, we were nervous to see what the trajectory would be like, then it started to boom,” said Alissa Ahlbreg, lead reservation specialist at Invite Home, a property management company in Breckenridge.

She said people are booking extended stays and instead of asking about amenities, they are concerned about Wi-Fi and internet service for remote work and learning.

Mary Ann Stecken, who owns an apparel boutique, Magical Scraps, on Main Street in Breckenridge, said sales are significantly higher now than in 2019.

“We’ve been breaking records all summer,” Stecken said. “People were cautious in the beginning then everyone was like, ‘Screw it, we’re going.’”

Pete Deininger, who sells real estate in Summit County, where Breckenridge is located, said countywide figures show a 21 percent uptick in summer sales compared to the same period in 2019.

“It’s been a lot of people in the technology sector who already had the connectivity to work from anywhere and used to go to an office,” he said, “and many said if they can work from anywhere, I’d like to do it from my favorite ski town.”

He said people want more space and distance between themselves and others, and during the lockdown, his company’s website saw a surge in visitors looking for vacation or second homes.

“I speak with real estate agents in a lot of resort markets, and all of them feel people are making a migration to beautiful areas,” he said.

Dave Reichert, a Denver area resident who works in software development, said he and his wife, Ana, can both work from home and are in the process of buying a one-bedroom condominium in Summit County after a studio they owned there was too small to fit their needs. When the unit next door opened up, they jumped on it.

“I can do my job from anywhere so why not take it someplace where after I close my laptop, I have new scenery,” he said. “It’s a nice change of pace from being stuck in the house as much as we’ve been.”

The number of people hunting for homes in rural areas rose 115 percent from a year ago, and the number looking in small towns increased 88 percent, according to a March report by real estate brokerage Redfin. Meantime, page views on Redfin.com for homes in urban metro areas with populations over 1 million decreased more than 10 percent over the same period, Redfin said.

“America’s urban cities have boomed over the last few decades for their density of amenities, entertainment, innovation, and jobs,” said Redfin lead economist Taylor Marr. “But this pandemic has forced us to close down those benefits and has shined a bright light on one of the historic downsides of density—the possibility for spread of disease. It will remain to be seen if this shift in demand away from urban metros lasts or is temporary.”

In Chaffee County, home to Salida, home closings were up 58 percent in July over the same month in 2019, according to a market real estate update. In August, the median closing price for a home in the county hit a 10-year high at nearly $480,000, a 19 percent increase year to year.

But the influx of new buyers and renters has also impacted affordability in small towns. Salida city leaders said they are seeing a reduction in stock and fear higher rents will soon follow, forcing locals to work more jobs to pay for housing.

Culture clashes also arise, like when people take to the outdoors unaware of trail etiquette, such as bikers giving the right of way to hikers.

As people in Salida and Breckenridge catch their breath after a whirlwind summer and fall, they remain cautiously optimistic. At the Creekside Chalet, Chernofsky is getting ready for the winter season.

“I just got some bookings for the holidays and the ski season,” she said. “It seems like some people are able to look forward and book travel a few months in advance. We hope people will come and ski and stay with us.”