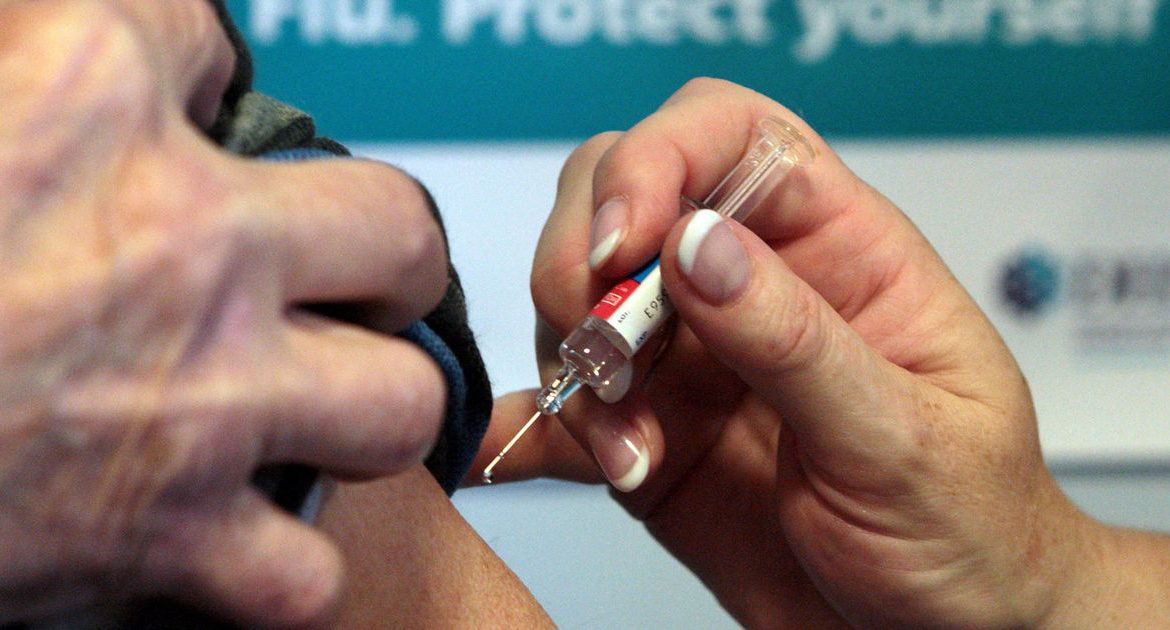 A “mass vaccination” programme is being planned for Scotland in mid-December, according to a leaked email.

A memo has been uncovered by the Sunday Mail that relates to the roll out of an anticipated nationwide Covid-19 inoculation schedule in just six weeks time.

The document explains it’s “the most important public health goal in our lifetimes”.

It’s also understood the Scottish NHS has already awarded a contract for supply of refrigeration equipment to store the vaccine when it becomes available.

It explains: “Timescales are uncertain, but we are working to an assumption that a vaccine will be available from mid-December 2020.

“This will be a mass vaccination programme to achieve the most important public health goal in our lifetimes.

“We would like to meet with HSCP and council leads in each area to brief you on the likely shape of the programme, discuss delivery options and agree how we can work together to achieve success.

“Given the tight timescale I hope you will be able to meet us as early as possible.”

NHS’s National Services Scotland signed a deal with an English firm to buy fridges to keep the Covid-19 vaccine.

The £329,000 contract with Labcold resulted in the Basingstoke-based firm being hired to store and transport the refrigeration equipment needed.

Scotland will have access to millions of doses pre-ordered by the UK Government.

New drugs usually take years to develop and be passed as safe to use. But teams of scientists have been working around the world at unprecedented pace to find a way of conquering Covid-19.

The UK Government has secured access to 300million doses from global manufacturers in anticipation of them being approved. And health boards are ramping up preparations for delivering them to the public.

Labour MSP Neil Findlay has demanded the Scottish Government is open and transparent about the timeline for delivering a vaccine.

He said: “After eight months of tortuous lockdown that has affected every citizen in the country, with people losing their jobs and businesses and most tragically their lives, it has taken a leaked email from NHS Lothian to establish that they are in fact planning to roll out a nationwide vaccine.

“This is the news people have been desperate to hear since the beginning of the crisis and instead of telling people about this game-changer, the government appears to want to hold back the information

“They should be open and transparent with people. This should be a time of celebration not a time to keep people in the dark.”

Phase three -trials of a -vaccine developed by Oxford University and -AstraZeneca are -taking place across the world.

It is one of the front-runners but there are almost 200 in development.

Another vaccine is also being manufactured in a small plant near Edinburgh by pharmaceutical company Valneva.

The research team have won a £1.4billion contract with the UK Government to provide 60million doses by the end of next year if it proves successful in trials.

Kate Bingham, chairwoman of the UK Vaccine Taskforce, has previously said inoculations for some of the most vulnerable -people could begin “this side of Christmas”.

Scotland’s National Clinical Director Jason Leitch has also said vaccinations could start by the festive season. He said that while officials do not expect a product to be available “in days” there were encouraging developments.

When contacted NHS Lothian about the leaked email, Small said: “As part of the national response to Covid-19, NHS Lothian, along with colleagues across Scotland, is currently reviewing plans for mass vaccination, to ensure we are in a state of readiness to respond, as soon as a vaccine becomes available.

“We have asked staff who would want to volunteer to become vaccinators to let us know in order to build a database as part of general preparedness planning.”

A Scottish Government spokesperson added: “We cannot be certain when a safe and effective Covid-19 vaccine will be available.

“The Joint Committee on Vaccinations and Immunisations are providing expert advice to Ministers to help inform decision making on how the vaccine supply will be deployed in Scotland.

“In Scotland we already deliver nearly two million doses of vaccine routinely every year and we have a comprehensive delivery infrastructure in place.”

The Covid-19 vaccination programme comes amid mounting concerns over the roll-out of the flu vaccine in Scotland.

She promised to learn lessons after failing to prioritise the elderly over younger patients in the roll out of the winter vaccination programme.