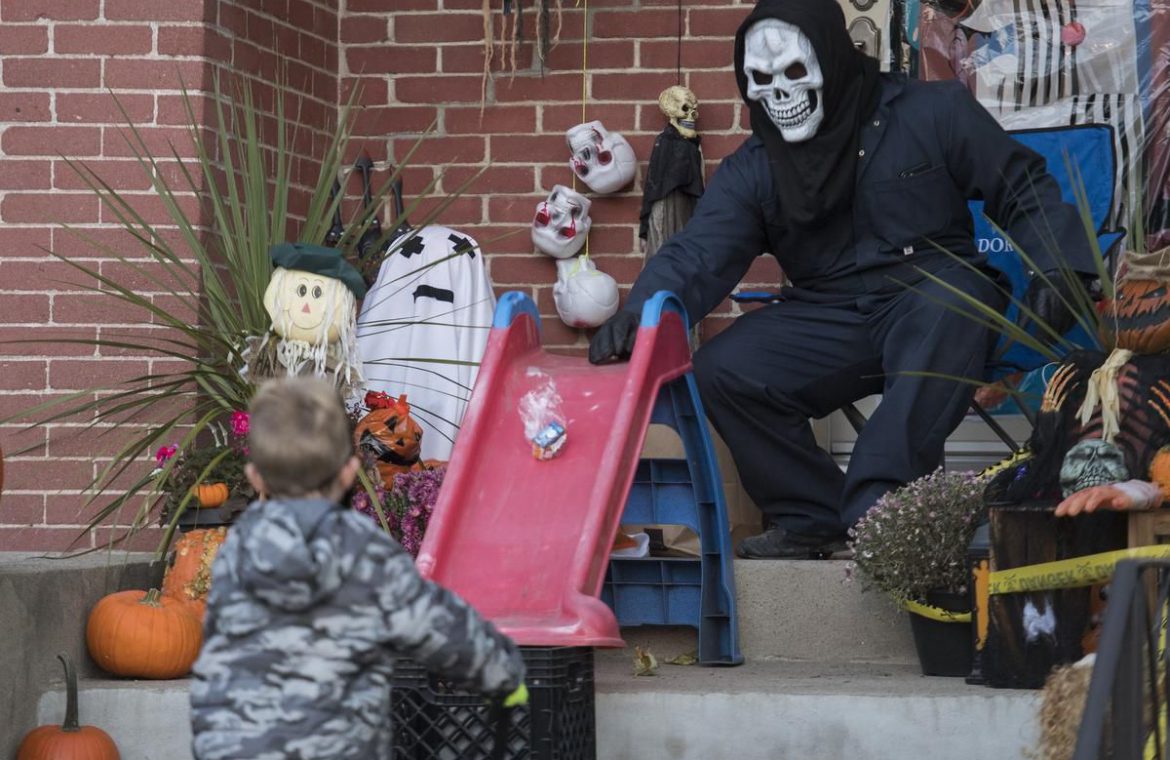 She had been tested and isolating since the previous day after receiving a warning on the COVID Alert app.

Officials also reported 26 new deaths related to the disease, including six from the last 24 hours.

Officials say there were 15 from between Oct 25 and Oct. 30, two deaths from before Oct. 25 and 3 deaths from unknown dates.

Ontario reported 350 people in hospital (up 30 from Saturday’s numbers), 72 in the ICU (down one) and 46 in ICU on ventilators (down eight).

On Saturday the province reported 1,015 cases (the second highest total) and nine deaths. Since the beginning of the pandemic, Ontario has recorded 76,707 cases according to provincial statistics.

A total of 864 more cases are considered resolved.

10:10 p.m.: The U.S. government’s top infectious diseases expert is cautioning that there will be “a whole lot of hurt” in the weeks ahead due to surging coronavirus cases. Dr. Anthony Fauci’s comments in a Washington Post interview take issue with President Donald Trump’s frequent assertion that the nation is “rounding the turn” on the virus.

Fauci says the U.S. “could not possibly be positioned more poorly” to stem rising cases as more people gather indoors during the colder fall and winter months. He says the U.S. will need to make an “abrupt change” in public health precautions.

Speaking of the risks, Fauci says he believes Democratic presidential candidate Joe Biden “is taking it seriously from a public health perspective,” while Trump is “looking at it from a different perspective.” Fauci, who’s on the White House coronavirus task force, says that perspective is “the economy and reopening the country.”

9:39 p.m.: Iran hit another single-day record for coronavirus deaths as the country grapples with a sharp spike in cases.

The health ministry reported Sunday that 434 people had died in 24 hours from the virus, bringing Iran’s death toll in the pandemic to more than 35,000.

The ministry said it recorded 7,719 new confirmed infections since Saturday. Iran has reported more than 620,000 confirmed virus cases in all.

Most deaths have occurred in the capital, Tehran, which is also the most populated city in Iran. The head of the virology department at Masih Daneshvari Hospital in Tehran, Alireza Naji, warned that Iran could reach 900 confirmed coronavirus deaths per day if more restrictions on movement and gatherings are not imposed.

7:14 a.m.: Italian Premier Giuseppe Conte is expected this week to order more restrictions to combat the spread of COVID-19.

Conte addresses lawmakers at noon Monday to lay out the next measures and press for widespread public support after a week of nightly protests by Italians angered by limits on the personal freedom and the economic damage suffered by closed businesses. Conte was conferring on Sunday with governors and representatives from cities and towns in a bid to ensure local support. He has said he is determined to keep schools open if possible.

For two days straight, Italy registered more than 30,000 new confirmed infections. Just a week ago, Conte shuttered gyms, pools, cinemas and theatres and ordered bars and cafes to stop serving customers at 6 p.m., except for takeaway and delivery service.

4:49 a.m.: A Turkish politician from President Recep Tayyip Erdogan’s ruling party has died from the coronavirus.

Burhan Kuzu, 65, had been receiving treatment for COVID-19 since Oct. 17, the country’s health minister tweeted. He passed away Sunday.

A constitutional lawyer and a founding member of the governing Justice and Development Party, Kuzu served in parliament four times.

Two senior officials close to Turkey’s leader — presidential spokesperson Ibrahim Kalin and Interior Minister Suleyman Soylu — tweeted on Saturday that they had contracted COVID-19. Both said they were doing well. Soylu was in a hospital.

4:22 a.m.: Facing financial difficulties aggravated by the coronavirus pandemic, the southern African nation of Zambia appears headed for a default on debt owed to private investors.

One of the world’s top copper producers, Zambia for years has been heavily indebted but now could get an undesired reputation for financial unreliability if a group of investors who hold $3 billion of the country’s eurobonds insist on payments that have come due. Zambia seeks a holiday of six months, but the bondholders’ final decision is pending.

In Melbourne, the capital of Victoria state, which had the highest number of cases in the country, residents were enjoying the first weekend of cafes, restaurants and pubs reopening to walk-in customers.

The city only has one mystery case without a known source. There are 61 active cases left across the state, down from 70 on Saturday.

7:25 p.m.: Boris Johnson announced a national lockdown across England starting next week as the coronavirus outbreak spreads faster than even his U.K. government’s worst-case scenario.

The prime minister announced the measures Saturday with Chief Scientific Adviser Patrick Vallance and England’s Chief Medical Officer Chris Whitty in London. It comes as the official number of coronavirus cases in the U.K. topped 1 million and more details began to trickle out.

Restaurants and nonessential retail will be closed across England until Dec. 2, ITV’s Robert Peston reported, following a meeting of Johnson’s Cabinet on Saturday. International travel will be banned except for work purposes. But schools and universities will remain open, marking a key difference with the first national lockdown imposed by Johnson in March.