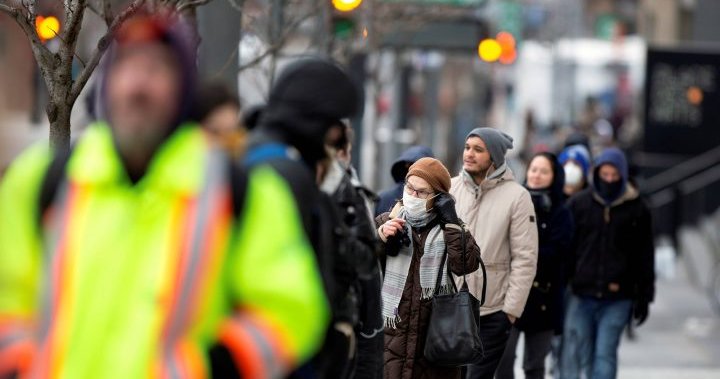 Forty-three more people in Canada have died of the novel coronavirus, officials said Sunday, bringing the country’s death toll to 10,179.

Since the pandemic began, 236,595 people in Canada have tested positive for COVID-19, 2,330 of which were announced by health authorities on Sunday.

So far, 197,729 people have recovered after falling ill and health authorities have conducted more than 11.7 million tests.

Those numbers are incomplete, however, as British Columbia, Alberta, Prince Edward Island and the country’s territories only provide COVID-19 updates on weekdays.

While local restrictions vary because the pandemic is playing out differently across the country, “core personal preventive and public health measures” such as physical distancing, mask-wearing and hand-washing are the same everywhere, the statement said.

“Learning to manage and live with COVID-19 is a long road,” the statement said. “We need to adopt prevention strategies that are sustainable in the longer term, and support all factors that influence health.”

According to the Public Health Agency of Canada, 92 per cent of Canada’s deaths and 77 per cent of the country’s cases were reported in Quebec and Ontario.

Quebec has the most residents currently in hospital out of any province, at 497.


Where can Canadian snowbirds go this year? A travel expert explores your options

More than 3.1 million tests had been administered for the virus while 91,488 people residing in the province had recovered after falling ill.

In Ontario, health officials detected 977 new COVID-19 cases for a total of 76,707. They said nine more people in the province had died, moving the number of deaths in the province up to 3,145.

As of Sunday, 65,581 of the province’s confirmed cases were considered resolved. More than 5.1 million tests were conducted — the most of any province.

Saskatchewan health authorities said 1,577 of its 3,218 recorded infections were linked to community contact or mass gatherings, as the province confirmed 74 new cases on Sunday. Hospitalizations in that province are at a record high.

Manitoba’s death toll rose to 75 after provincial health officials said eight more people had died from COVID-19. To date, 6,034 people have been diagnosed with the virus within the province, while 259,752 have been tested and 2,704 have recovered after falling ill.

Winnipeg’s intensive care units have been close to capacity for at least a week and doctors around the city pleaded with the provincial government to move Manitoba to a full lockdown to flatten the curve of COVID-19 and protect the health-care system.

“I consider this a grave situation,” said Dr. Kelly MacDonald.

In Nova Scotia, health authorities urged residents to reconsider travel outside of the Atlantic provinces on Sunday as two new cases were reported.

“These new cases show that with the second COVID-19 wave happening, travel outside the Atlantic Bubble is more risky,” Dr. Robert Strang, chief medical officer of health, said Saturday in a news release.

—With files from Brittany Greenslade and Kerri Breen, Global News