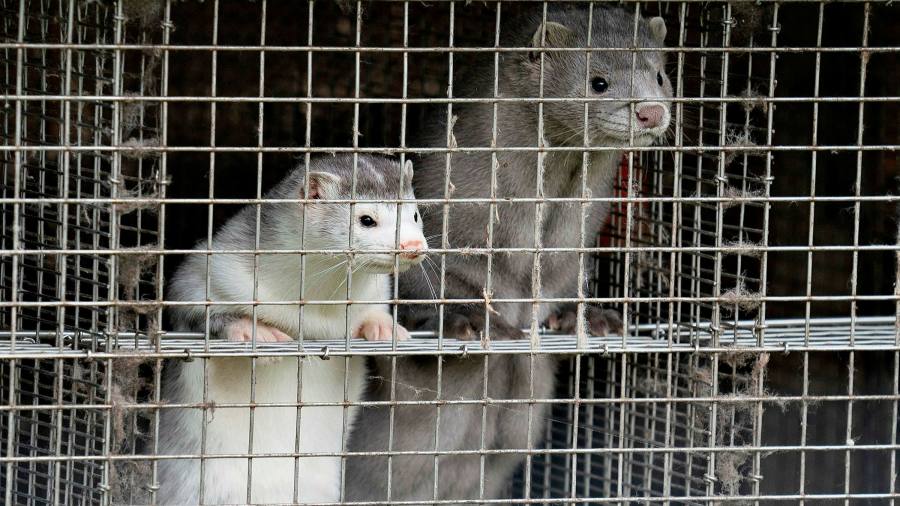 Denmark said it would cull its entire population of up to 17m mink over fears that a coronavirus mutation in the animals that are farmed for their valuable fur could threaten the effectiveness of any future vaccine.

Danish authorities said a variant of the virus detected in 12 people who had recently caught the infection from mink in north Denmark was so worrying that it raised questions of how well a potential inoculation would work across the world.

“Due to the discovery of a mutated infection in mink, which weakens the ability to form antibodies, resolute action is needed. It is necessary to kill all mink,” Mette Frederiksen, Denmark’s prime minister, said on Wednesday.

She added: “The mutated virus carries the risk that a future vaccine will not work as it should.”

Kaare Molbak, Denmark’s top epidemiologist, warned that in the “worst-case scenario, the pandemic will restart, this time in Denmark”.

Denmark is the world’s largest producer of mink skins. Annual production of about 19m skins accounts for €1.1bn in Danish exports, with China being the largest market.

The Scandinavian country has already culled more than 1m mink because of worries about the virus, but the latest action is a dramatic escalation in a country known for its animal products, including its pork. Danish police said the cull of 15m to 17m animals would take several days.

Ms Frederiksen, who is self-isolating along with much of Denmark’s government after one of her ministers tested positive for the virus, said the decision had been taken with a “heavy heart” as she apologised to mink farmers for destroying their “life’s work”.

Magnus Heunicke, health minister, said the virus mutations had been found at five different mink farms. The people who had the new form of the virus were not severely ill but they did not respond positively to antibodies, he said.

“Studies have shown that the mutations could affect the current candidates for a Covid-19 vaccine,” he added.

Denmark, like most European countries, has imposed extra restrictions in recent weeks as its virus infections hit new records, due in large part to more extensive testing. Additional measures will be introduced in North Jutland because of the mutated virus, the prime minister said.

Tage Pedersen, chairman of the association of Danish mink breeders, said: “We must of course not be the cause of a new pandemic . . . But the government’s decision is a catastrophe for the industry and for Denmark.”

Mink farmers will receive full compensation for the cull, with Danish media suggesting that it could cost up to DKr5bn ($790m).

Virologists will be studying the latest mutation closely to establish how it affects the way the virus infects people, including their production of antibodies.

The virus accumulates genetic variations as it spreads through human populations — and some variants are believed to transmit more readily between people than others. But it is not known whether it is likely to change more quickly if it passes into animals and back into humans.

Emma Hodcroft, a viral geneticist at Bern university in Switzerland, said of the Danish mutation: “Unfortunately, as no scientific information has been made available yet, it is impossible to interpret what this may or may not mean.

“We do not yet know what kinds of studies have been done, or what the actual outcomes were. Further, we have no context to evaluate whether this is something that could really make a difference in humans and to vaccines or existing immunity.”

Don't Miss it US reports more than 90K new cases in a week for the second time ever, yet COVID-19 is not top issue for Americans
Up Next 374 new COVID-19 cases in Manitoba, 2 more deaths