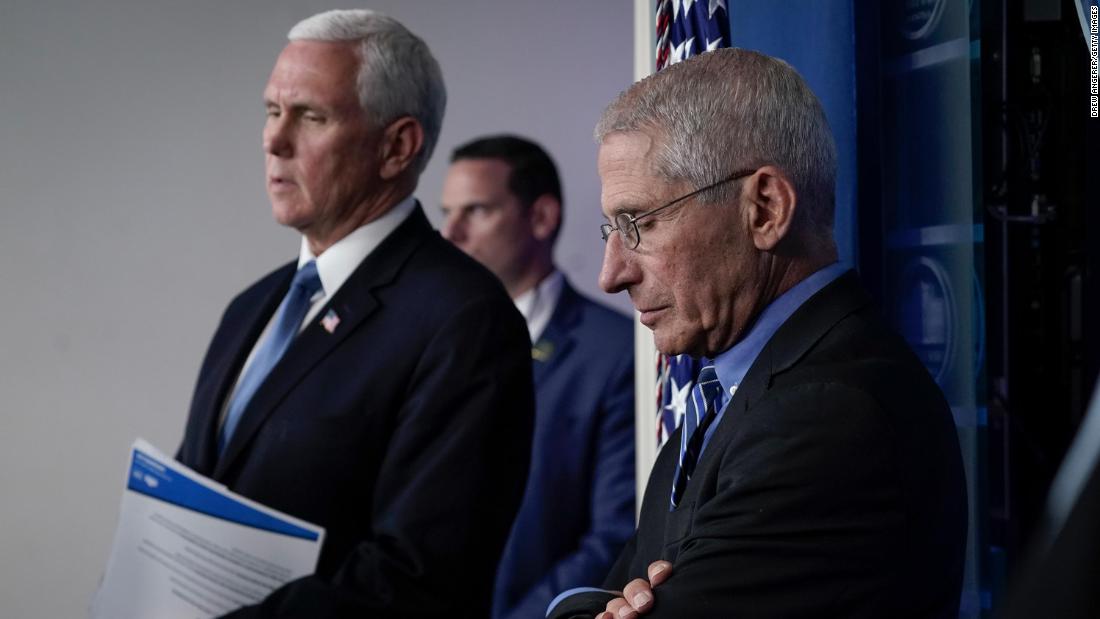 “There is a continued increase in cases, hospitalizations, and fatalities nationally, spreading southward from the coldest climates as the population moves indoors and cases increase exponentially,” the task force said in multiple state reports dated November 1 and obtained by CNN.

Maps that show the rise in Covid-19 cases nationally over time, the reports said, “demonstrate the previous impact of comprehensive mitigation efforts when implemented effectively in many areas and that partial or incomplete mitigation leads to prolonged community spread, hospitalizations, and increased fatalities.”

Those maps also show “significant deterioration in the Sunbelt as mitigation efforts were decreased over the past 5 weeks,” the reports said.

In multiple states, the task force warned state and local officials that “there must be clear messaging … to act now,” which largely focused on masks. Those strong recommendations come as the White House has continued to send mixed signals and has failed to model mask usage.

The task force recommended the following key messages: “Do not gather without a mask with individuals living outside of your household,” “Always wear a mask in public places,” and, “Stop gatherings beyond immediate household until cases and test positivity decrease significantly.”

It also warned of “eroding” behaviors in university towns leading to increasing cases and test positivity. Ahead of the holiday season, the task force suggested colleges and universities test students “before they leave campus for Thanksgiving break to mitigate exposure to family and community.”

Other reports suggested states begin to prepare for the holidays by “(expanding) messaging across all media platforms (including automated SMS) to educate vulnerable individuals and their families about the risks of transmission from familial or smaller social gatherings and make clear recommendations to avoid all such gatherings and crowded public spaces, especially for those at increased risk of severe disease.”

North Dakota remains the state with the highest number of new cases per 100,000 population, followed by South Dakota, Wisconsin, Montana, Wyoming, Iowa, Alaska, Nebraska, Utah, and Idaho in the top 10.

The report for Illinois warned that the state’s “current situation is worsening dramatically,” and commended mitigation guidance from the state’s governor, recommending the state “reinforce messaging around social gatherings and a new asymptomatic surveillance approach.” Most state reports recommended testing for asymptomatic cases with the Abbott BinaxNOW rapid test.

In Colorado, the task force said, the current situation is also “worsening.”