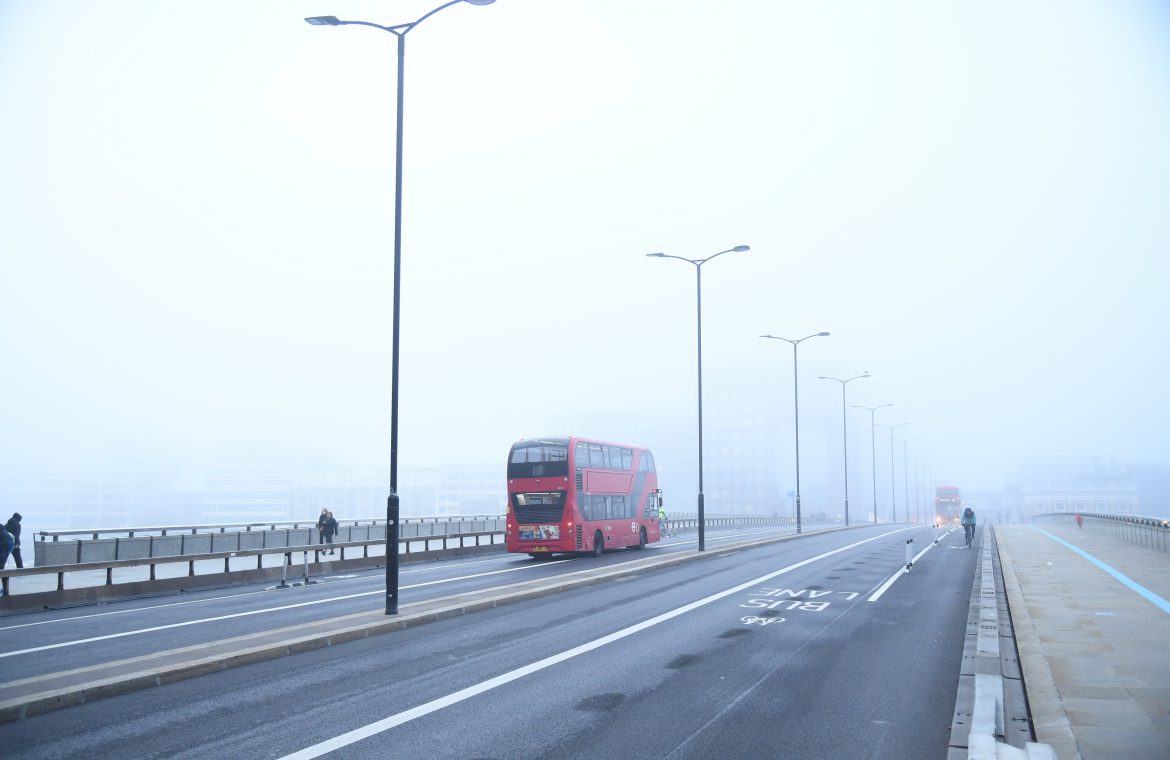 ngland was today under the first day of a new month-long lockdown, amid warnings the shutdown will hit London’s economy to the tune of £6 billion.

Pubs, restaurants and non-essential shops have closed their doors and members of the public have been told to stay at home for the next four weeks in a bid to reverse the spread of Covid-19.

It came as new figures show cases of the virus are falling in 19 out of 32 London borough areas. Mayor of London Sadiq Khan believes the city is “seeing initial signs that the increase in infections across the capital has started to slow down”.

Meanwhile, in a major U-turn by the Government, Chancellor Rishi Sunak has confirmed he is extending furlough until the end of March at 80 per cent of wages. He had previously extended the furlough throughout November.

The First Minister said Scotland’s hospitals are under “intense pressure” but have enough capacity at the moment to cope.

She said Scotland has recorded 39 coronavirus deaths and 1,216 positive tests have been recorded in the past 24 hours.

This takes the death toll under this measure – of people who first tested positive for the virus within the previous 28 days – to 2,966.

The daily test positivity rate is 7.6 per cent, down from 7.9 per cent on Wednesday.

Wales has seen a further 1,272 cases of coronavirus, bringing the total number of confirmed cases to 56,927.

Public Health Wales reported another 30 deaths, taking the total in Wales since the start of the pandemic to 1,969.

Northern Ireland has seen a  further eight Covid-19 linked deaths and 516 new cases of the virus, the Department of Health has announced.

The death toll recorded by the department now stands at 752.

There have been 41,374 confirmed cases in Northern Ireland, including 4,256 in the last seven days.

There are currently 409 patients with Covid-19 being treated in hospital, with 49 in intensive care.

Conservative Party MPs have raised concerns about the UK’s economic situation after the Chancellor announced the furlough extension.

Backbencher Peter Bone asked how the country will pay for the “unprecedented” economic support in the long term.

He congratulated Rishi Sunak on “the enormous amount of help” he has provided and added: “But could the Chancellor tell us how the country is going to pay for that support?”

Mr Sunak said that in the short-term they were paying for it through “extensive borrowing” with debt to GDP rising by roughly 100 per cent.

The Chancellor warned it was “not a sustainable situation” and they needed to make sure that our public finances are “balanced appropriately”.

Conservative former minister Theresa Villiers called for the Chancellor to set out “a plan to deal with the deficit”.

Ms Villiers said: “But it will all in the end have to be paid for, so will the Chancellor set out a plan to deal with the deficit and return the public finances to a sustainable footing for future generations?”

The Chancellor replied: “(Theresa Villiers) is absolutely right and there will be a time when it is appropriate to do exactly as she suggests.”

Rishi Sunak rejected suggestions that the Government has treated workers in the north of England as “second-class citizens” in recent weeks.

Labour’s Margaret Greenwood MP told the Commons: “The Chancellor’s U-turn on furlough comes after intense lobbying by the TUC, CBI, Labour and leaders in the Liverpool City Region.

“Can the Chancellor explain why workers in the north were expected to get by on 67 per cent of their pre-crisis wages when Tier 3 restrictions were put in place but that has now changed to 80 per cent once areas in the south are being locked down?

“And will he give a cast-iron guarantee to people in Wirral West that workers in the north will never again be treated as second-class citizens?”

Mr Sunak replied: “It’s simply not the case that the wage support schemes we’ve put in place differentiate between people on the basis of where they live.”

He said people are treated equally under the Government’s schemes, adding: “To suggest otherwise is simply wrong and quite frankly a misrepresentation of what (Ms Greenwood) knows to be the case.”

Wales First Minister Mark Drakeford said: “I welcome the announcement today by the Chancellor to extend furlough to March – we’ve been calling for this for some time.

“At long last, businesses and workers have some certainty about this vital support scheme to help them get through the pandemic.”

He said: “Remember a couple of weeks ago, when [Greater Manchester Mayor] Andy Burnham and our leaders stood up and fought for our city region? It’s now proven that they were 100 per cent correct.

“It’s also proven that the Government decided to play politics, instead of working together to find solutions that work.”

She accused the Chancellor of the Exchequer of ignoring businesses and workers “until the last possible moment” after jobs had been lost and businesses had gone bust.

She added: “Now when the lockdown was announced, the Prime Minister said furlough would be extended for a month – five hours before that scheme was due to end.

“The Chancellor’s fourth version of his winter economy plan in just six weeks. The Chancellor can change his mind at the last minute, but businesses can’t.

“We need a Chancellor who is in front of the problems we face, not one who is always a step behind.”

Downing Street has confirmed that Mr Johnson will host a conference to update the public on the second wave today.

He will be joined by NHS chief executive Sir Simon Stevens from Number 10.

The conference is expected to focus on the importance of protecting the NHS rather than making any new announcements.

It was confirmed today that the scheme will be extended until the end of March 2021.

The Chancellor said: “We will review the policy in January to decide whether economic circumstances are improving enough to ask employers to contribute more.”

The Government will help pay people’s wages up to 80 per cent of the normal amount.

Don't Miss it UK Coronavirus lockdown: Last orders in London – BBC News
Up Next Coronavirus: What’s happening in Canada and around the world Thursday