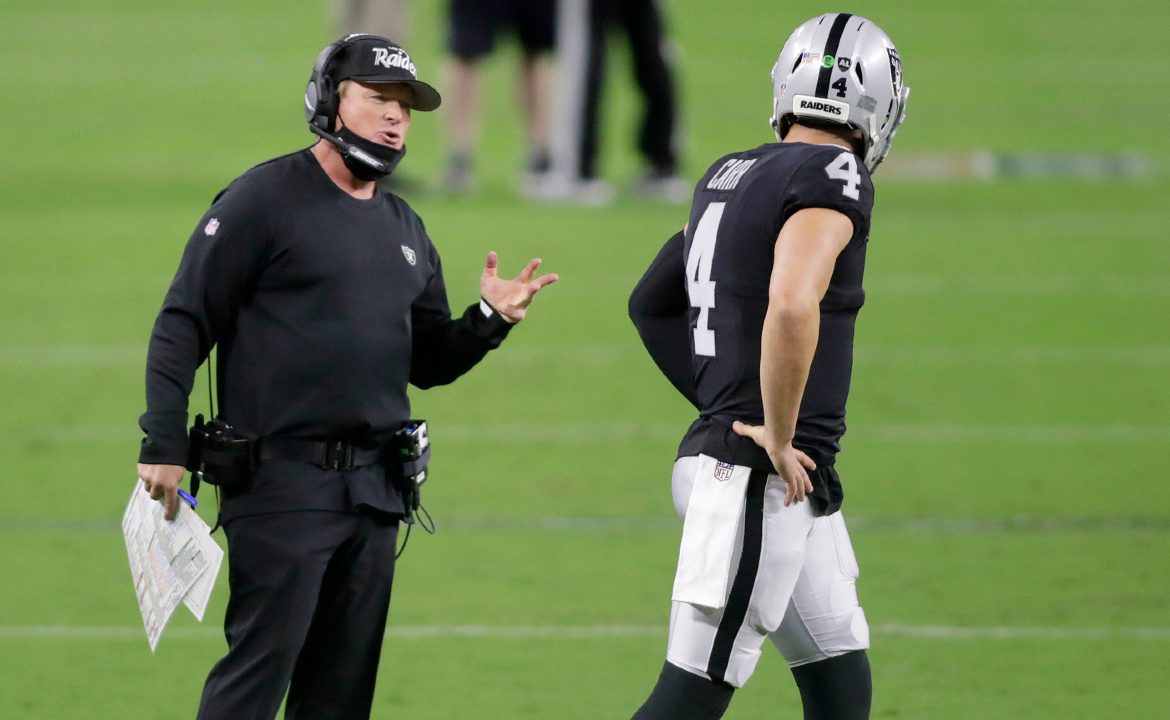 The Las Vegas Raiders and coach Jon Gruden have been fined a total $650,000 and docked a sixth-round draft pick for repeated violations of the NFL’s COVID-19 protocols.

A person familiar with the punishment said Thursday the team has been fined $500,000, Gruden has been docked $150,000 and the draft pick has been stripped because of how the team handled Trent Brown’s positive coronavirus test last month. The person spoke on condition of anonymity because no announcement had been made.

The Raiders are expected to appeal the punishment. A team spokesman didn’t immediately respond to a request for comment.

The Raiders have been penalized several times already this season for violating coronavirus protocols with the punishments leading to a total of $1,215,000 for the team, Gruden and players.

While several teams have been fined so far this season, the Raiders are the first to be penalized a draft pick following multiple violations.

At a practice on Oct. 19 a day before Brown tested positive, he was not wearing a mask as required and didn’t socially distance with teammates. That led to four other starting offensive linemen to be placed on the COVID-19 list as “high-risk” contacts. They missed the rest of the practice week before returning the morning of a 45-20 loss to Tampa Bay on Oct. 25.

Safety Johnathan Abram was forced to miss that game because he spent time with Brown the following day and wasn’t cleared to return until Oct. 26.

Brown was activated from the COVID-19 list last week but missed the game at Cleveland after a reported mishap with an IV sent him to the hospital before the game. Brown went back on the COVID-19 list Thursday when he had more symptoms.

Gruden had the coronavirus in July and has praised the team’s handling of the issue despite repeated violations.

Gruden was fined $100,000 and the team docked $250,000 after the coach didn’t wear his mask properly during a Week 2 win over New Orleans. The team also was fined $50,000 for allowing an unauthorized employee in the locker room after the game.

Tight end Darren Waller was fined $30,000 and nine teammates, including quarterback Derek Carr, were fined $15,000 for attending an indoor charity event held by Waller’s foundation that violated local coronavirus protocols. Players were seen at the event not wearing masks or social distancing.

Don't Miss it India to help countries enhance capacity for delivery of Covid-19 vaccines: Foreign secretary – india news
Up Next Is a dangerous new coronavirus strain circulating in farmed mink?