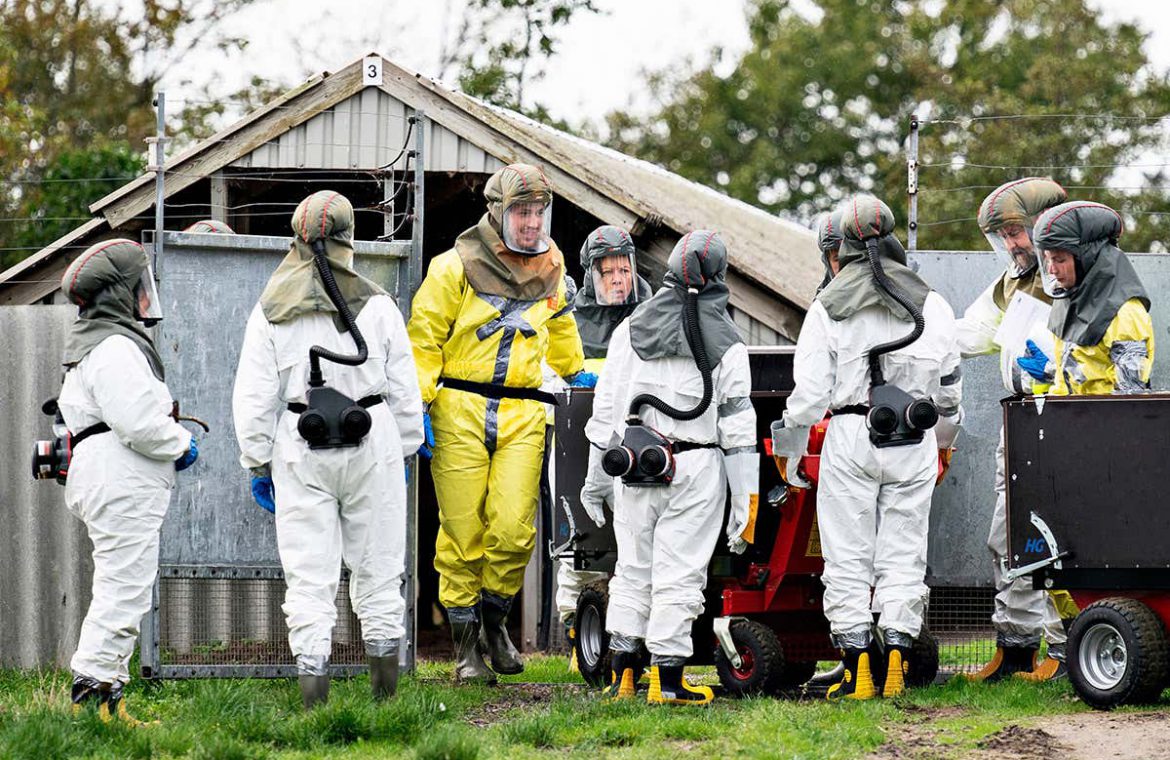 The Danish government has ordered the slaughter of all farmed mink in the country after the reported discovery of a mutant form of coronavirus in the animals. It has already spread to humans.

What do we know about the situation in Denmark?

According to a report in the Danish newspaper Berlingske, 207 mink farms have seen infections of coronavirus. The authorities have failed to contain the virus, and all 17 million farmed mink in Denmark will now be culled, said Denmark’s prime minister Mette Frederiksen at a press briefing on 5 November. Denmark has the world’s largest mink industry.

The Danish prime minister described the mutated virus as “a serious risk to public health and to the development of a vaccine”. However, health minister Magnus Heunicke told the press briefing that there is no sign yet that the mutant virus causes more serious symptoms of covid-19.

Some areas of northern Jutland – the region of Denmark that connects to the European mainland – will be isolated to stop the spread of the virus in humans. Frederiksen said a “mutant” virus has been identified in five farms and 12 people have become infected with it.

What sort of mutant?

The State Serum Institute issued a statement (in Danish) confirming that multiple mutant viruses have been isolated from mink, and that seven of these have mutations in the spike protein, which the virus uses to enter cells and which is important to the immune response and a key target for vaccines.

One of these viruses has four mutations in its spike protein and in laboratory tests has been found to be more weakly inhibited by antibodies from humans who have been infected with Sars-CoV-2. This could in theory make a vaccine less effective. But the virus itself in not more dangerous or contagious. According to a Google translation, the statement concludes that “as a citizen, you do not have to worry”.

Can mink really catch the coronavirus?

Yes. There are already scientific reports of farmed mink in the Netherlands catching it from humans. And in June, more than 90,000 mink were culled in Aragon, Spain, after the virus was detected in fur farms.

Can mink pass it to humans?

Yes. One of those reports from the Netherlands says that at least one worker on a mink farm caught the virus from the animals. The worker showed only mild respiratory disease.

What do scientists say?

Francois Balloux, a professor of genetics at University College London (UCL), took to Twitter to describe the report as “highly problematic”. He said his colleague Lucy van Dorp at UCL has already documented numerous coronavirus mutants arising repeatedly in mink, none of which are concerning for humans. The claim that this strain may be resistant to a vaccine is “idiotic”, he said. Such mutations might emerge in humans once we have a vaccine but won’t appear in mink, he said.

Other scientists echoed his views. James Wood at the University of Cambridge said he understands that the mutation is on the spike protein, which the virus uses to enter cells and which induces an antibody response. However, “the true implication of the changes in the spike protein have not yet been evaluated by the international scientific community and are thus unclear. It is too early to say that the change will cause either vaccines or immunity to fail,” he said in a statement.

Virologist Ian Jones at the University of Reading in the UK said that it wasn’t surprising that the virus had mutated, as it would need to adapt to mink. Denmark’s precautionary action would make it less likely that the new virus would spread widely in humans, he said in a statement.

Is the virus likely to spread to other animals?

Yes, very. More than 60 mammal species are known to be definitely or probably susceptible, ranging from gorillas and chimps to foxes, yaks, giant pandas and koalas. Even some whales, dolphins and seals may be able to catch it.

Why did nobody see this coming?

We did. Even before this happened, virologists were concerned about “reverse spillover”, which is when humans pass the virus on to domestic or wild animals. That could be a problem for the animals as some species fall ill and die. It could also spell trouble for us, as animals could become a new reservoir of virus and make the pandemic even harder to control. Animals could also be a crucible for the virus to mutate into another novel coronavirus.

Sign up to our free Health Check newsletter for a round-up of all the health and fitness news you need to know, every Saturday

More on these topics: