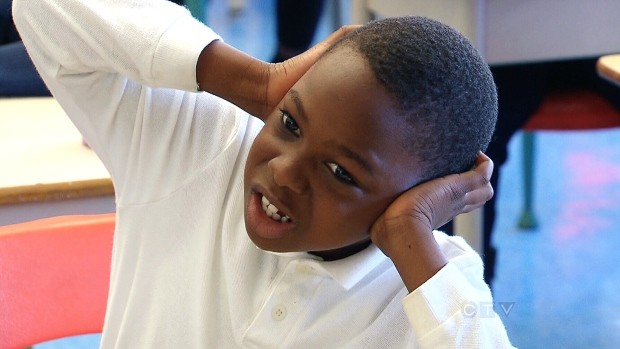 TORONTO —
A new study from the United Kingdom shows that COVID-19 and the restrictions surrounding the virus may be making the symptoms of tinnitus worse.

The study from Anglia Ruskin University, published Thursday in Frontiers in Public Health, surveyed 3,103 people from 48 countries about their experiences with tinnitus during the COVID-19 pandemic. It found that 40 per cent of respondents who had experienced COVID-19 symptoms had worsening tinnitus symptoms at the same time.

Tinnitus is a common condition where people experience buzzing, ringing, rushing or roaring in their ears, though the sounds are independent from the noises around them. A 2019 study from Statistics Canada showed that 37 per cent of Canadians had experienced tinnitus in the prior year.

Fifty-eight per cent of respondents who had tested positive for the virus reported worsened tinnitus symptoms, though only 26 people had received a positive test.

“I was too ill to notice at the time, but the tinnitus is definitely much worse now that I’m better enough to notice,” a 55-year-old woman from the United Kingdom wrote in the questionnaire.

Given the percentage of respondents with COVID-19 symptoms who experienced worsening tinnitus, the researchers believe doctors should be on the lookout for the condition among their patients.

“Those who have had COVID-19 should be monitored for changes in hearing-related problems, such as initiation or worsening of tinnitus,” the report states. “There is most likely also a cohort of patients who experienced an onset of tinnitus during this period and who will need access to clinical care for their tinnitus.”

The study also looked at life with tinnitus during the pandemic and found that the experience largely varied from person-to-person. For example, some respondents reported staying home more frequently to be soothing and relaxed their symptoms, while others found the silence to have exacerbated the issue.

“I notice my tinnitus more because I am stuck in my house all alone with nobody to speak to,” said a 45-year-old from the United Kingdom.

Overall, 34 per cent of respondents found the lifestyle changes arising from the pandemic exacerbated their tinnitus.

“Those who are most socially isolated, lonely, as well as those with poor sleep, are at most risk for tinnitus severity increasing,” the researchers said. “It highlights the heterogeneity of tinnitus with many people responding well, and others struggling during the pandemic and in need of additional support.”