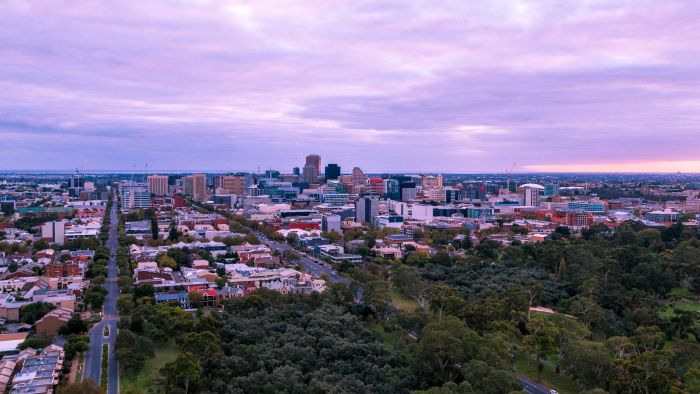 The State Government has dismissed concerns about its travel voucher scheme, which is designed to support South Australian tourism operators during the COVID-19 pandemic.

Key points:The SA Government says its tourism voucher scheme is a success, despite less than half of the discounts on offer being used so farPremier Steven Marshall says the industry is happy with the resultsThe State Budget will include a further $17 million for national park upgrades

Labor said only 20,000 of the 50,000 vouchers on offer had been used since the $4 million scheme launched in mid-October.

The allocation was snapped up in 90 minutes, but the State Government extended the deadline for the vouchers to be cashed to tonight in following a slow booking uptake.

The SA scheme offered discounts of $50 for regional accommodation businesses and $100 for city-based providers.

But Opposition Leader Peter Malinauskas said the scheme had been too narrow from the start.

He said the Government should re-evaluate the scheme and broaden its scope to ensure it was taken up in full — a view echoed by Shadow Tourism Minister Zoe Bettison.

“Only three per cent of businesses who are registered on southaustralia.com actually were eligible,” Ms Bettison said.

“I am bitterly disappointed that only 20,000 vouchers have been used.”

The Opposition said the Government also needed to announce its plan to support the tourism sector, following the cancellation of next year’s Tour Down Under and the axing of the Adelaide 500 street race.

Premier Steven Marshall said the industry had been happy with the scheme and expected more vouchers to be used before the deadline.

“We’ve had excellent feedback from the industry, he said.

“Labor are world-class whingers and we’re just getting on with delivering for the people of South Australia.”

He said the State Government would continue to make “strategic investments” in the tourism sector to support it in the new year and further details would be made public soon.

“We’ll be doing everything we can to stimulate all parts of the economy — and the tourism sector, hospitality sector, accommodation, arts are areas which have been hit,” he said.

Catch up on the main COVID-19 news from November 7 in our coronavirus blog.

The 2021 Adelaide International tennis tournament remains in limbo, with Mr Marshall confirming discussions with tennis authorities about where the tournament would be held were ongoing.

The State Budget will be unveiled next week and today the Government unveiled another part of it, allocating a further $17 million to South Australia’s national parks.

Environment Minister David Speirs said the money would fund upgrades of parks across the state, including those in the Flinders Ranges, on Yorke Peninsula, Eyre Peninsula, Fleurieu Peninsula, Barossa Valley and Adelaide Hills.

“It’s come at the right time with the coronavirus,” He said.

“The new investment will fund a range of projects, from new visitor facilities and campgrounds to adventure experiences such as mountain bike and hiking trails.”

He said many of the projects were set to start in coming months to support regional businesses struggling due to the coronavirus pandemic.