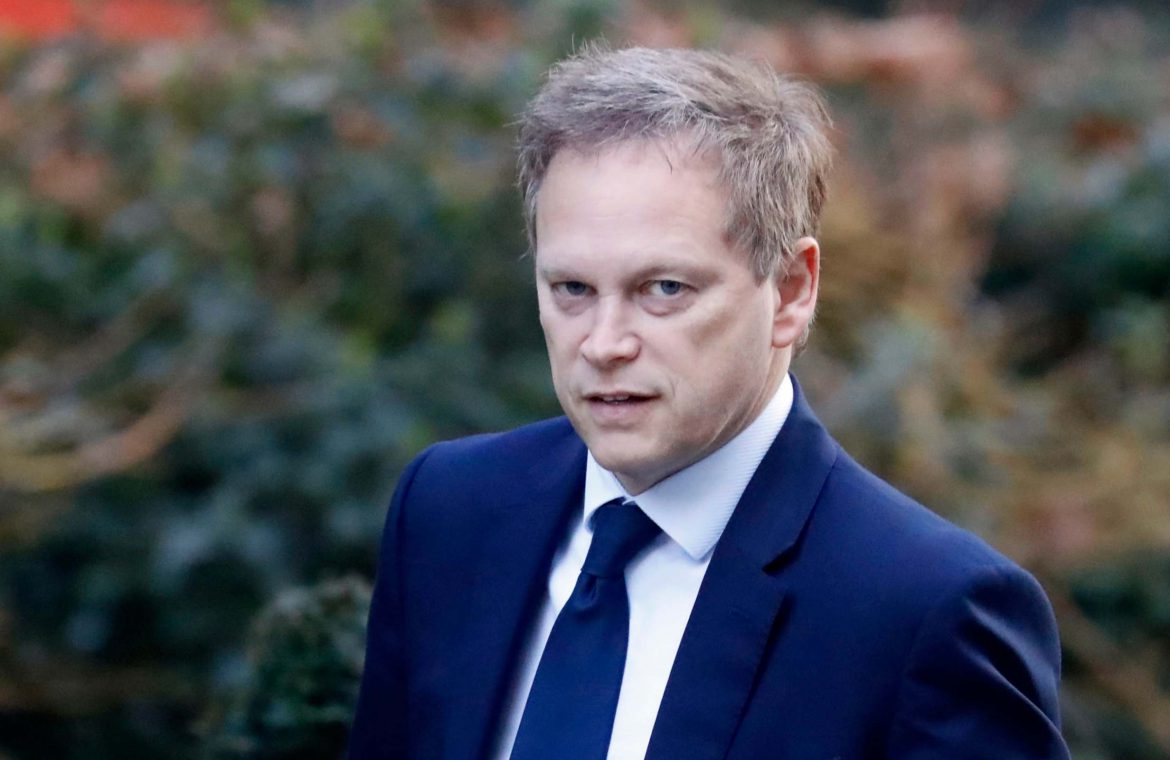 All non-British national or resident travellers who have been in or transited through Denmark in the last 14 days will be denied entry into the UK.

Transport Minister Grant Shapps announced the move shortly after 2am GMT on Saturday, less than two hours before they took effect.

The measure came as England entered its first weekend since the new lockdown announced by Prime Minister Boris Johnson came into effect on Thursday.

The Royal College of Nursing (RCN) said that despite more nurses being registered with the Nursing and Midwifery Council (NMC) than last year, there are still around 40,000 registered nursing vacancies in England alone.

This week the health service in England moved to its highest alert level, level four, to deal with Covid-19 cases.

NHS England chief executive Sir Simon Stevens said the move was in response to a “serious situation ahead”, adding there were “22 hospitals’ worth” of Covid-19 patients in hospitals across the country.

The union said it is concerned staff could “burn out” over winter unless local staffing plans proposed by NHS England prioritise the “safest, highest quality care”.

The RCN is demanding the Government’s decisions and planning about what the NHS can provide this winter are based on the actual number of nursing staff available and what those staff can safely maintain.

Mike Adams, RCN England director, said: “The NHS is now at its highest level of preparedness as it faces the prospect of an extremely challenging winter.

“We already know that frontline nurses, in hospitals, communities and care homes, are under huge strain, and anecdotally we’re hearing that in some hospitals they are becoming increasingly thinly spread on the ground, as staff become unwell or have to isolate at the same time as demand on services continues to increase.”

As of 4am on Saturday all non-British national or resident travellers who have been in or transited through Denmark in the last 14 days, will be denied entry into the UK.

Seven in 10 first-year university students fear the coronavirus pandemic will leave them unable to find part-time work to support their studies, a survey has found.

Some 71 per cent of those surveyed believe they will struggle to find employment in the current climate, with female students particularly likely to take this view, Nationwide Building Society found. Nearly three-quarters (74 per cent) of female students were of this opinion, compared with two-thirds (66 per cent) of male students.

More than 1,000 first-year university students were surveyed online between September 29 and October 1.

More than a third (38 per cent) plan to spend less during this academic year as a result of Covid-19, with women more likely to be planning to spend less (41 per cent) than men (35 per cent).

James Broome, head of current accounts at Nationwide, which has a FlexStudent account in its range, said: “Starting out at university in 2020 will undoubtedly have been an unusual experience, with the ability to socialise being significantly restricted due to Covid-19.

“While this means that less is being spent, less is also being earned due to many part-time university jobs having dried up. The ability to manage money has, therefore, become even more important for students on a tight budget.”

President Donald Trump’s chief of staff Mark Meadows has been diagnosed with the coronavirus as the nation sets daily records for confirmed cases for the pandemic.

People in Bristol have been urged to be extra vigilant after a scam leaflet offering cleaning services to remove “bacteria that attracts Covid-19” was circulated to homes around the city.

Bristol City Council’s Trading Standards said it has received several reports about the leaflet, which contains false claims about “corona removal officers” offering services such as a deep clean and plumbing.

The consumer watchdog said the leaflet is not endorsed by the council, Government or NHS.

The leaflet states: “All UK homes (kitchens and bathroom areas) need to be officially checked and passed for risk of bacteria that can attract the Covid-19 virus.

“Appointed corona removal officers are trained to remove and dispose of harmful and deadly bacteria.”

Sarah Saunders, trading standards team leader in Bristol, said: “It’s very concerning to discover that this false and misleading leaflet is being circulated in Bristol, and we are now investigating these claims.

“If you receive a flyer, text message, email or phone call from somebody you don’t know who is offering cleaning services or anything else that claims to protect you from Covid-19, please be extra vigilant and contact the Citizens Advice consumer helpline or call 0808 223 1133.”

Mr Ashton told BBC Radio 4’s Today programme: “It was the first day yesterday and we didn’t open first thing, we opened at lunchtime and had six of the asymptomatic testing centres open.

“We are still working on the numbers but we think (there were) about 1,500-2,000 people per testing centre, so really good numbers and really good interest, so it was very encouraging.”

He said he thought an English lockdown had been necessary because Tier 3 restrictions had not been getting coronavirus transmission under control “by itself”.

“The restrictions will absolutely help, they will reduce the levels of infection in our community because they will cut social contact,” Mr Ashton added.

“The big question is will they cut them enough, will it take the levels of the virus low enough?”

1604740910Statistician says data shown at press conferences has been a “mess”

Sir David Spiegelhalter was critical of the data shown to the public to justify a second lockdown in England, calling the information shown at last Saturday’s press conference suggesting a possible peak of 4,000 deaths a day a “mess”.

The non-executive board member of the UK Statistics Authority, which oversees the statistics watchdog, told BBC Radio 4’s Today programme: “It has been a mess, it really has.

“All those graphs that got put up at the press conference last Saturday, the projections were out of date at the time, they’re definitely out of date now.

“That one (the slide about 4,000 deaths) was really ghastly – that was out of date when shown, it was never meant to be part of any formal document, it was leaked early and then it was part of the briefing to MPs.”

Sir David said projections did have some “validity” but need to be “taken with extreme caution”, as they could often be out of date by the time they are shown.

Sir David said talk of a conspiracy regarding a revised graph, which had initially indicated the winter death rate could be above the spring peak before being changed, was “also a problem with the media, to be honest” with the “small print” indicating that there was only a 50-50 chance of the projection coming to fruition.

“You’ve got a sceptical media that will pick on that sort of thing and accuse of conspiracies,” he added.

Professor Sir David Spiegelhalter, a statistician and chair of the Winton Centre for risk and evidence communication at the University of Cambridge, told BBC Radio’s 4 Today programme: “The infections are really broadly stable… but that stability covers up two things.

“It looks like the tiers have been working but slowly, and it looks like not enough really to bring R down well below one and, crucially, to bring down the number of people who have actually got it.

“The point is we are getting about 20-25,000 positive tests a day, that feeds through to about 1,500 hospitalisations a day, about 250-300 deaths a day and these are broadly stable but going up a bit – the deaths in hospitals and hospitalisations are going up slowly – and we are coming into winter.

“Those sorts of levels, even if they stay very stable and below the first peak of the virus, unless they start dropping, we are stuck with those for months and it seems to me and others that that’s not going to be sustainable in terms of what the health service can deal with.”

Eight arts bodies and many more historic and heritage sites will received money from the £1.57 billion culture recovery fund, the Department for Digital, Culture, Media and Sport said.

Julia Fawcett, chief executive of The Lowry theatre and gallery hub in Salford, welcomed the news in a statement.

The venue will receive £3,000,000 to cover ongoing costs incurred during the pandemic.

Ms Fawcett said: “This fund has provided a vital lifeline to many arts organisations up and down the country and we are incredibly grateful for the support that it will provide to The Lowry.

“Since being forced to close our doors back in March we have done our best to continue to serve our audiences, support our staff and provide creative opportunities for artists and communities – all in the face of losing 93% (£12 million) of our income and the very real threat of permanent closure.

“With this much-needed grant, we can begin the task of rebuilding our artistic and engagement programmes and continue to play our part in the cultural ecology in the North of England with confidence.”

The Marlowe Theatre in Canterbury will be given £2,999,999 in grant funding to cover core operating costs and help the theatre prepare effectively for reopening in spring 2021.

Speaking on BBC Radio 4’s Today programme, Chris Lovitt said: “We get the tests where NHS Test and Trace haven’t been able to contact our local people so they are transferred to our call handlers.

“In some occasions, they have not got the complete contact details so sometimes we are able to look up using the council’s record systems to actually find an accurate telephone number.

“We’ve had 700 cases transferred for the six-week period we’ve been working on and bearing in mind these are the cases that NHS Test and Trace couldn’t contact, we were able to contact 300 of those people, confirm that they are willing to take part in Test and Trace and then we transfer those details back to the national team for them to do the very detailed contact tracing.”

Mr Lovitt said it had taken a month to get the system up-and-running, adding: “At this stage, I think it’s very difficult for us to mobilise all the resources necessary to take on the full contact tracing.

“Don’t underestimate the amount of time it takes for us to actually make these contacts, use the national system, get it to work locally.”

Don't Miss it 'Shocking' coronavirus numbers in India not unexpected | The World
Up Next Winter will help COVID-19 spread more easily, experts say — here’s what they suggest you do about it