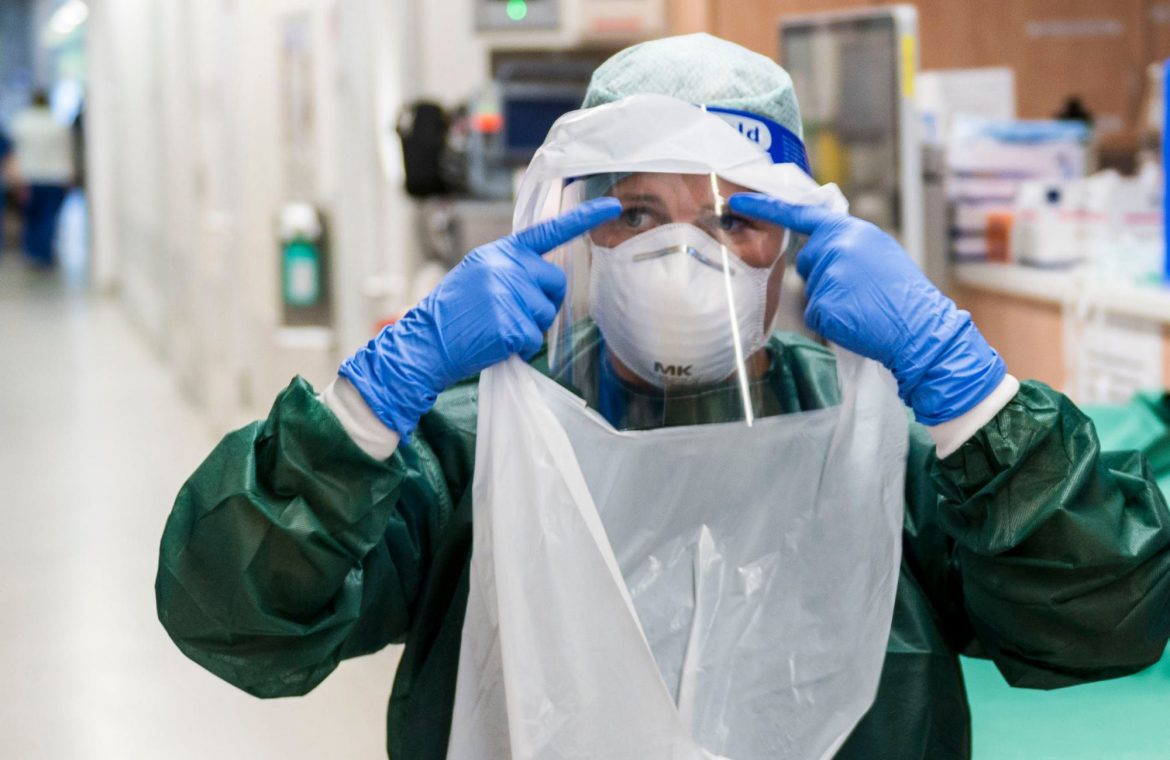 A nurse puts on her PPE before tending to a COVID-19 patient on October 21, 2020 in Essen, Germany. Thomas Lohnes/Getty Images

Irvin Baxter, a televangelist who once called the coronavirus a “privilege,” died of complications from the disease on Tuesday, according to a press release.

Baxter previously said he believed Americans having sex before marriage brought on the coronavirus pandemic.

“God may be using this as a wake-up call,” Baxter said, suggesting God was using the coronavirus to punish people for having premarital sex.

A televangelist who once described the coronavirus pandemic as a “privilege” died from the disease Tuesday.

Irvin Baxter died in the hospital at 75, according to a press release from Endtime Ministries, which Baxter founded.

Baxter was a vocal supporter of President Donald Trump and had suggested premarital sex was the reason the coronavirus exists.

During a March discussion on “The Jim Bakker Show,” a national TV show centered around the end of time, Baxter preached about “the sin of fornication” outside marriage.

“I thought about fornication and I did a little research,” he said. “I hope this research is not correct, but I got it straight from the encyclopedia. It says that 5% of new brides in America now are virgins. That means 95 percent have already committed fornication!”

He said millions of unmarried American couples were living together and having sex, which he called sinful and punishable in the eyes of God.

“God may be using this as a wake-up call,” Baxter then said about the coronavirus.

“This coronavirus may be a privilege, because I’ll tell you right now, there is a much bigger judgment coming. It’s in the Bible.”

Baxter denounced people who “think we can just ignore God and live a sinful lifestyle.”

The coronavirus has infected more than 9.7 million people nationwide, according to the latest data compiled by Johns Hopkins University. Of that, more than 236,000 people have died from it.

Since his death, Endtime Ministries has received an outpouring of support for the organization and Baxter, the press release said.

Baxter was a Texas-based televangelist who hosted a biblical prophecy TV show, “End of the Age,” which reached over 100 million people in North America, according to the release.

There will be a funeral service for Baxter on Monday.

Read the original article on Insider

Don't Miss it Dave Chappelle on Trump, COVID-19, Mass Shootings in ‘SNL’ Monologue
Up Next Coronavirus: lockdown to continue with outbreak at “delicate and dangerous stage” – BBC News