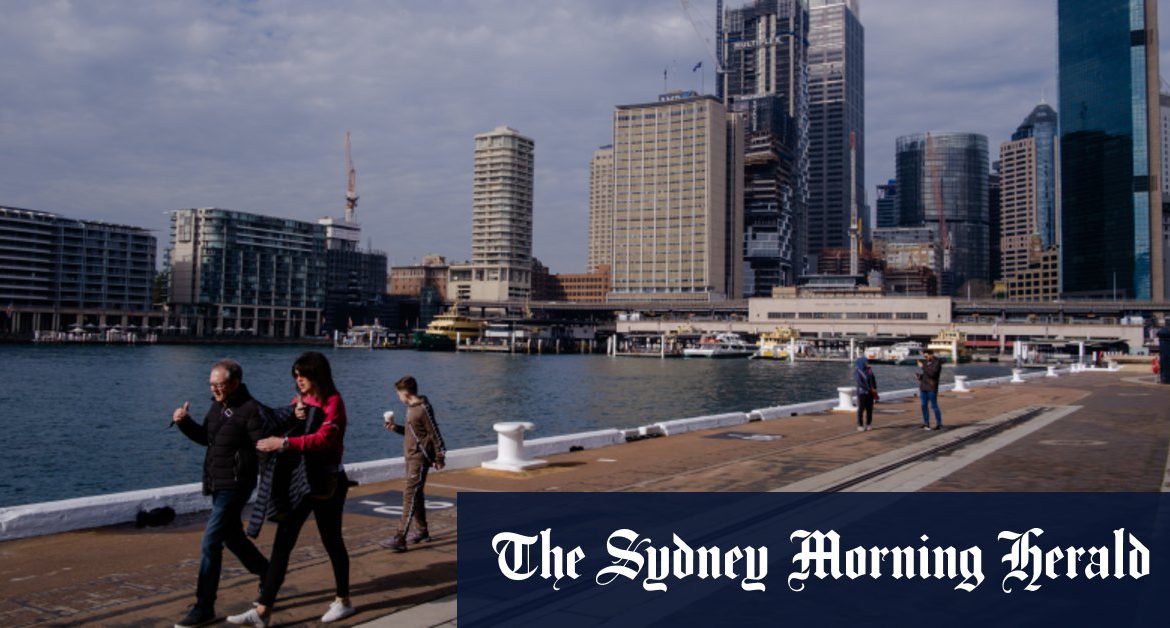 He believes there will be more pressure to decentralise from the main CBDs to smaller centres across the city, noting that Sydney already had an advantage over Melbourne in that regard.

“Melbourne has really only got the one centre, and this is part of the problem in a pandemic,” he said. “If you’ve got a sort of poly-centricity of centres, then that’s actually a better way to protect yourself with a pandemic. So Sydney is well set up there.”

With many people working from home, Mr Stokes signalled that the government will seek greater flexibility for areas of the city deemed “employment lands”.

He has requested the Department of Planning look into the zonings of employment lands and consider making them more flexible in terms of the type of work that can be carried out in them.

Amid a flat-lining population, Mr Stokes expects demand for apartments to be “patchy” but for it to increase for houses, citing people’s desire for more space.

Likewise, he said Sydney’s CBD would struggle while suburban centres and local high streets would benefit from people wanting an office near their homes.

SGS Economics and Planning forecasts greater Sydney’s population to rise by a mere 500 people to 5.37 million in the 12 months to next June. That compares to the consultancy’s predictions prior to the pandemic for the population to surge by more than 92,000 to 5.49 million in 2021.

And Mr Stokes said the pandemic had put an end to globalisation as it was previously conceived, warning that the damage to Australia’s economic model had already been done.

“Economic growth in Australia has been about importing people, employing migrants to grow the economy. And that’s how we’ve boosted productivity,” he said.

“If we’re using the proxy of population growth to grow the economy – if that’s all we’ve got – then the economy is going to slow.”

Mr Stokes said it would force the country to find more innovative ways to boost productivity as “we just can’t rely on population growth to do it for us”.

“To be productive, we’re going to have to find another way to do it. The solution is in the problem,” he said, citing education as key to spurring innovation and productivity.

“[It] means now is a good time to invest in supporting infrastructure and services for these communities before we see population growth return to trend in the late 2020s,” he said.

“It’s also a good time to reinforce and invest in the greater Sydney region plan, which focuses on long-term economic opportunities, community health and safety, and vibrant local places.”

Forecasts by SGS in April suggested that the outflow of tourists and foreign workers from the country would be offset by Australian citizens returning home, births and a trickle of overseas migrants, leading to a rise of about 25,000 people in Sydney’s population in 2021.

But it now expects the population to flatline in the year to next June due to births barely offsetting a permanent departure of people from the city and NSW more broadly.

Committee for Sydney chief executive Gabriel Metcalf said a flat-lining of the population for a number of years did not mean that planning for further growth in the city should stop.

“We still have a big housing shortage in NSW. A pause in population growth will allow time for new infrastructure to catch up,” he said.

SGS’s latest forecasts reflect a so-called tick-shaped economic recovery, compared with a hoped-for V-shaped pick up earlier this year. The consultancy expects Sydney’s population growth to return to its historical trend by 2028.

The city typically gains about 30 per cent of the total number of people migrating to Australia.

The most important news, analysis and insights delivered to your inbox at the start and end of each day. Sign up to The Sydney Morning Herald’s newsletter here.

Matt O’Sullivan is City Editor at The Sydney Morning Herald.

Don't Miss it Coronavirus infection rates, cases and deaths for all parts of Wales on Sunday, November 8
Up Next Victoria records 70 new coronavirus cases as death toll rises by 5 | ABC News