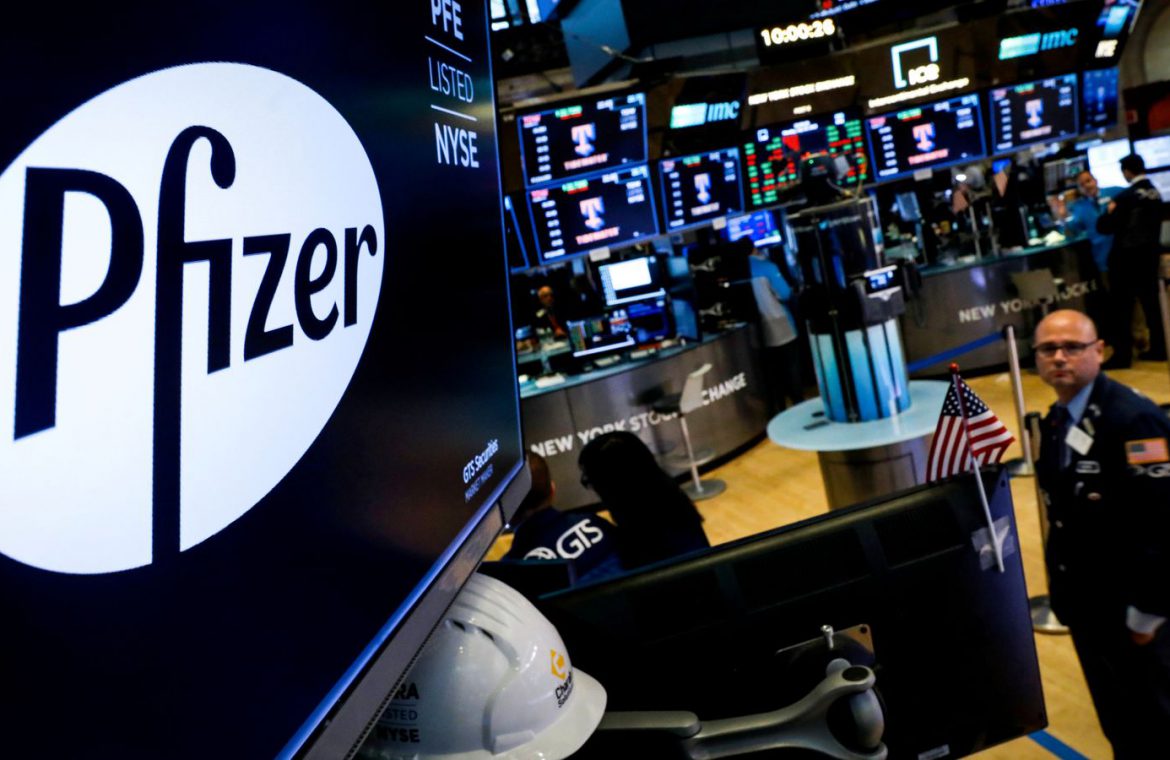 The FTSE 100 and other global stock markets have rallied sharply on growing hopes of a coronavirus vaccine – building on gains in reaction to Joe Biden’s US election victory.

The FTSE was more than 5.5% higher in early afternoon deals – at its best level since August – after US drug firm Pfizer announced that early data from phase three trials showed its vaccine was more than 90% effective against COVID-19.

It followed overnight gains in Asia, with Japan’s Nikkei hitting a 29-year high after the confirmation of the US election result over the weekend, which also bolstered values across Europe.

The CAC in Paris and Frankfurt’s DAX were also up – by 8% and 6% respectively – while the S&P 500 in New York opened in record territory – 3.7% higher – in reaction to the vaccine developments.

The update on the Pfizer-BioNTech trial raises hopes that economic damage from the coronavirus crisis can be limited if populations can be widely protected.

However many tech stocks, which have hit record values this year as more people work and shop from home, were damaged.

Shares in video call operator Zoom, for example, were down 18% at the open with the wider tech-focused Nasdaq just 1% higher.

In the FTSE’s case, airline and energy stocks were the big winners while Ocado shares were 12% lower as it shot up to a high of 6,258 from 5,910 at the open. It marked its biggest daily surge since March.

In cash terms, it meant the collective market value of its constituent companies was almost £90bn higher.

The domestically-focused FTSE 250 was trading almost 6% up.

Mr Biden’s defeat of Donald Trump contributed as it eased investor fears about a continuation of a damaging trade war between the US and China, the world’s two biggest economies.

Neil Wilson, chief markets analyst at Markets.com, said of the rally: “Whilst we are not there yet, news that this vaccine could be highly effective is the best thing markets could hope for.

“Public health officials will remind us there is a long road ahead, and many challenges will be faced along the way, but there is an enormous sense of optimism today.”

Asia trading concluded ahead of the vaccine boost.

The Nikkei and China’s Shanghai Composite were each up by about 2% while Hong Kong’s Hang Seng and South Korea’s Kospi each added just over 1%.

Image:
Trading on Monday saw Asian markets react to Mr Biden’s victory as they had closed before Pfizer’s announcement

In London, the mood was also helped by an upbeat profit outlook from house builder Taylor Wimpey, which cited a quicker than expected recovery in the market from its coronavirus-induced slump.

That lifted its shares by 12%, pushing it to the top of the FTSE 100 risers’ board, and also propelling rivals such as Barratt and Persimmon higher.

Markets had already enjoyed a strong run last week as it looked increasingly likely that Mr Biden was on course to amass enough electoral college votes to defeat Mr Trump.

That had helped them to recover after a recent period when sentiment has been weakened by fears about the impact of rising coronavirus cases and new lockdowns.

The economic arguments in the US election

Hopes that the new US administration can enact a fresh round of economic stimulus have been dampened by the likelihood that Congress will remain divided.

But on the other hand the absence of a “blue wave” sweeping Democrats to power in both the White House and the Senate means investors seem less likely to have to worry about higher taxes and tougher regulation for some big companies.

There is also the expectation that the US Federal Reserve, America’s central bank, will continue to provide much-needed monetary policy help to the coronavirus-battered economy.

The Fed has already cut interest rates and pumped trillions of dollars into the economy.