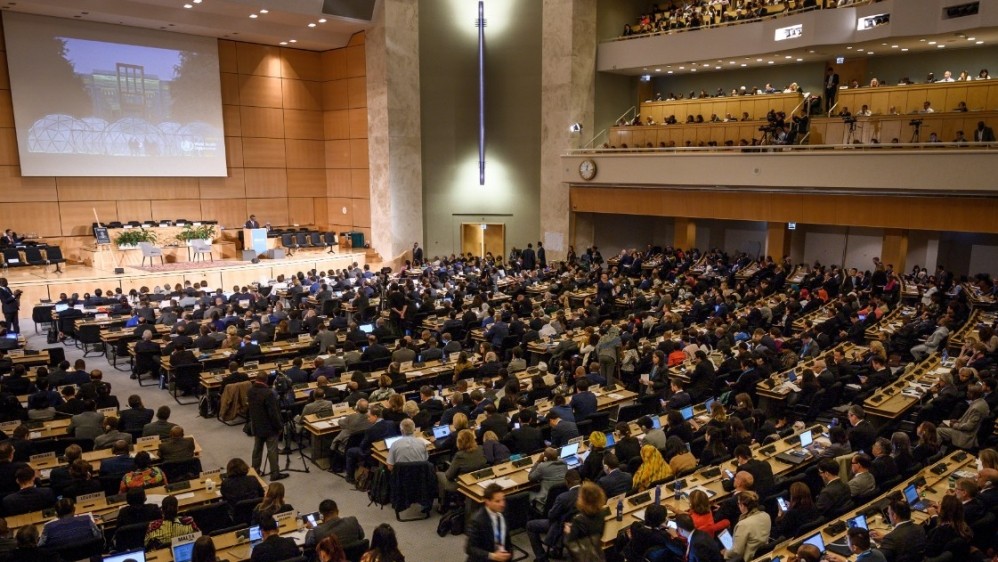 Taiwan says is has yet to receive an invite to a key World Health Organization (WHO) meeting that begins later on Monday and will focus on the COVID-19 pandemic, with more than 50 million people diagnosed with the virys around the world.

The WHO’s 83-page list of delegations for the 73rd meeting of the World Health Assembly (WHA), its decision-making body, does not include any representation from Taiwan, a self-ruled island that China claims as its own. Taiwan’s foreign minister blamed “obstruction” from China.

Late on Sunday, Taiwan’s Ministry of Foreign Affairs said the island had yet to receive an invite to the event which involves the UN health body’s 194 member states, as well as other UN agencies, non-governmental organisations and observer delegations representing the Palestinians and the Vatican.

“The Foreign Ministry expresses strong regret and dissatisfaction at China’s obstruction of Taiwan participating in the WHO and the WHO’s continuing to neglect the health and human rights of Taiwan’s 23.5 million people,” the ministry said.

The WHO’s refusal to invite Taiwan based on political considerations makes a mockery of the body’s “health for all” claim, it added.

Taiwan is excluded from most global organisations such as the WHO due to the objections of China, which considers the island one of its provinces with no right to the trappings of a sovereign state.

The WHO says it is up to member states whether to invite Taiwan, which has been praised internationally for quickly containing the coronavirus, to observe the WHA meeting, which is expected to sign a draft resolution on tackling health emergencies.

“We can beat COVID-19 with science, solutions and solidarity,” the WHO said in a statement ahead of the meeting.

“Although this is a global crisis, many countries and cities have successfully prevented or controlled transmission with a comprehensive, evidence-based approach.”

It has been more than 200 days since Taiwan last reported a case of the coronavirus and it is eager to share its experience and expertise as other countries struggle with escalating outbreaks.

The US has supported the island’s participation, and nearly 650 members of parliament from 25 European countries sent an open letter to the WHO chief last week calling for Taiwan to be invited as an observer.  The World Medical Association also wrote to Ghebreyesus reiterating its call for the island to be given observer status.

“The COVID-19 pandemic is proof that cooperation for and with all health care systems in the world is necessary,” wrote WMA Chair of Council Dr Frank Montgomery. “Therefore, we believe it is both cynical and counterproductive to continue excluding the health representatives from Taiwan from participating in the World Health Assembly and the technical meetings of the WHO. Even more so since Taiwan has so much to offer in expertise and material help.”

The WHO says it cooperates with Taiwan on various health matters including on aspects of the pandemic.

There’s a cleareyed message trundling through the streets of #Geneva: #TaiwanCanHelp achieve #HealthForAll. But 1 rider has his own take: Taiwan’s inclusion in the @WHO⚕️ will better protect you & me. It’s time to put politics aside & save lives. Give #Taiwan🇹🇼 a voice at #WHA73! pic.twitter.com/g1V4Cj0BJs

Taiwan was forced out of the WHO in 1972 when the People’s Republic of China took its seat. It took part in the WHA as an observer between 2009 and 2016, but Beijing has increased pressure on the island since President Tsai Ing-wen was first elected that year.

China’s mission to the United Nations in Geneva on Friday insisted the island can only take part in the WHA if it acknowledges it is part of the People’s Republic of China, something the government in Taipei has refused to do.