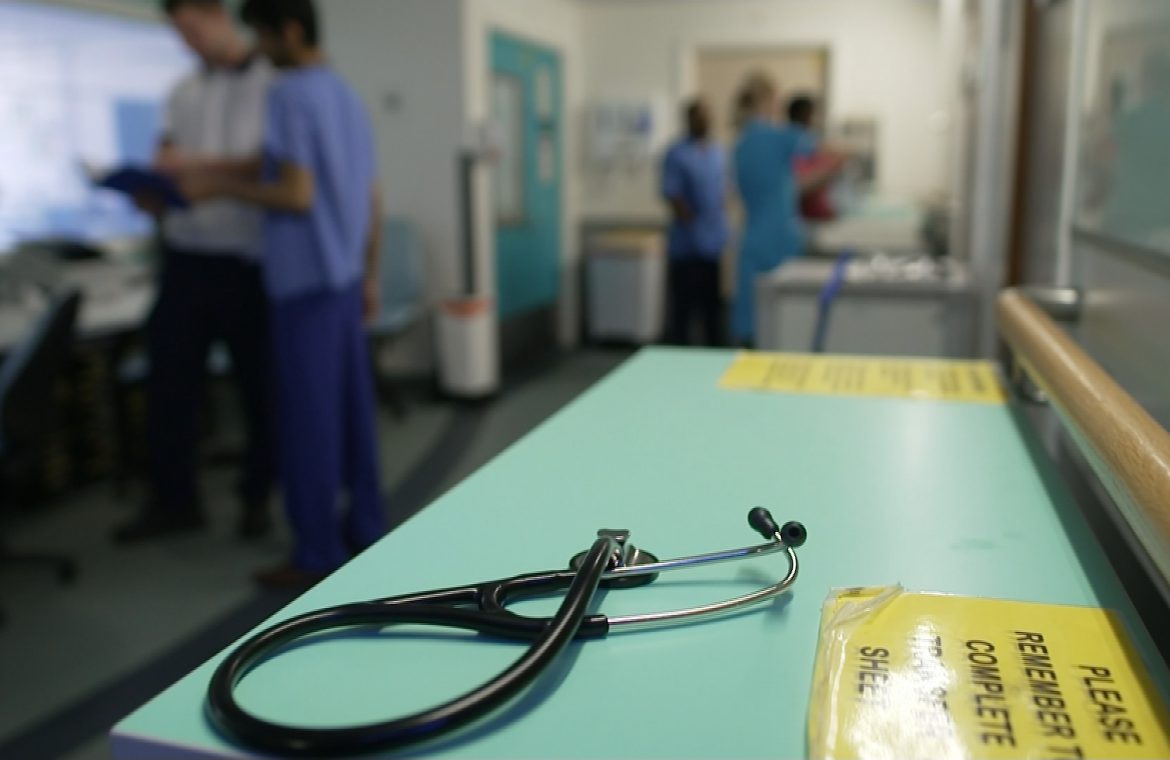 For months now we have been told that hospitals are open for business and patients are being encouraged to go for routine appointments.

One of the reasons for this PR move is that healthcare settings were pretty much deserted during the first wave of the pandemic, patients stayed away for fear of being a burden as well as being afraid of contracting the virus.

Hospitals are full again with both Covid and non-Covid patients and, as our analysis of NHS England statistics shows, large numbers of patients are acquiring the disease while in hospital.

That is precisely what patients are worried about and precisely why the government has been talking up routine testing in hospitals for months now.

The most recent figures reveal that of the 12,903 new Covid hospital cases in England between September 18 and October 18, 1,772 were acquired in hospital.

Most of the cases caught in hospital were in the North West, 765 in total, that’s 17% of the area’s total number of hospital cases.

Although there were only around 700 new hospital cases in the South East, it has the highest proportion of cases caught on site: 23% of those new cases were contracted in hospital.

We’ve been speaking to a number of medics who are not surprised by the statistics.

One doctor, who’s asked not to be identified, says his hospital is putting lives at risk.

He has recently been isolating and only just returned to work to care for critically ill patients.

He hasn’t been tested though and fears everyday he would be passing the virus on (if he has it) to already very ill people.

A nurse who works for Barnsley Hospital, has had similar experiences.

He paints a picture of chaos at the hospital, more than 200 members of staff are off either ill or isolating and he fears there aren’t enough staff to offer safe care.

He has been told by the hospital that any member of staff who has had a positive test in the past needn’t isolate again if they come into contact with someone who is infected; contrary to government guidance.

That email was later retracted but it illustrates poor standards and communication.

He too is frustrated that routine testing does not take place, despite the government advising all hospitals in high risk areas are to undertake it.

In a statement to ITV News, Barnsley Hospital said it “regularly communicates with staff about operational pressures which include how many staff are currently self-isolating due to Covid.

“These figures fluctuate daily but in general have consistently risen in line with increasing cases in the community.

“In hospitals throughout England, the Covid-19 pandemic is a fast-paced and ever-changing situation.

“Barnsley Hospital is no different and our internal communications reflect this. “All patients are tested for Covid upon admission, and again after five days.

“We have seen recent increases in patients with positive results at day five, though as ONS and other data conclusively demonstrate, the root cause of rising Covid infections and hospitalisations are rising community transmission.

Some 9,000 patients are being treated in hospitals across the UK for Covid-19. Credit: PA

Tracy, whom we have spoken to on the phone, is not surprised by the testaments from Barnsley.

Her mother went into Tameside hospital in Ashton-under-Lyne after a fall.

Although recovering slowly, the hospital recommended she be discharged in case she contracted Covid.

Tracy asked for her to be tested before she returned home, where her elderly father also lived but the hospital said it wouldn’t be necessary.

Sadly, Tracy’s mother did have Covid and passed it to her husband.

It’s a horrifying account and one Tracy said could have been avoided if Tameside’s health and safety regime had been better.

A spokesperson for Tameside and Glossop Integrated Care NHS Foundation Trust said: “We would like to express our sincere condolences to Ms Hale for the loss of her mother, Jean.

“We appreciate what a difficult time the last six months have been and would like to invite Ms Hale to contact our PALS and Complaints Team who will be able to progress her concerns and support her in obtaining the information she is seeking.”

There’s no doubt coronavirus has tested the NHS like nothing before.

The whole healthcare system has been under pressure since the New Year and many would agree it would be churlish to start pointing the finger now.

There is never any guarantee Covid can be kept out of hospitals but the problem is, as I understand it, there is now capacity for hospital staff to be routinely tested and it was confirmed on Monday that this will be enacted.

By the end of next week, all patient-facing NHS staff will be asked to test themselves at home twice a week with results available before coming into work.

Why are some hospitals already managing to do it and others not?

I think it’s also important to ask why medics aren’t also tested once they return to work after isolating? And why aren’t all patients tested before leaving hospital, to ensure they don’t take it back into the community?

What then, is done when infection control is not working? When will hospitals across England be forced to test staff weekly? Some believe it’s costing lives.

Tracy believes her mother was one of them.A spokesperson for the NHS said: “The evidence is clear that where community Covid infections are high, then NHS staff and patients are also more likely to be affected.

“Now that Test and Trace has expanded national testing capacity, every patient gets tested on admission to hospital, and regular NHS asymptomatic staff testing has also now begun, with over 70,000 staff tested in recent days.”

Don't Miss it How will Donald Trump’s COVID-19 diagnosis impact the US election? | The World
Up Next B.C. reports 998 new cases of COVID-19 and 5 more deaths since Saturday