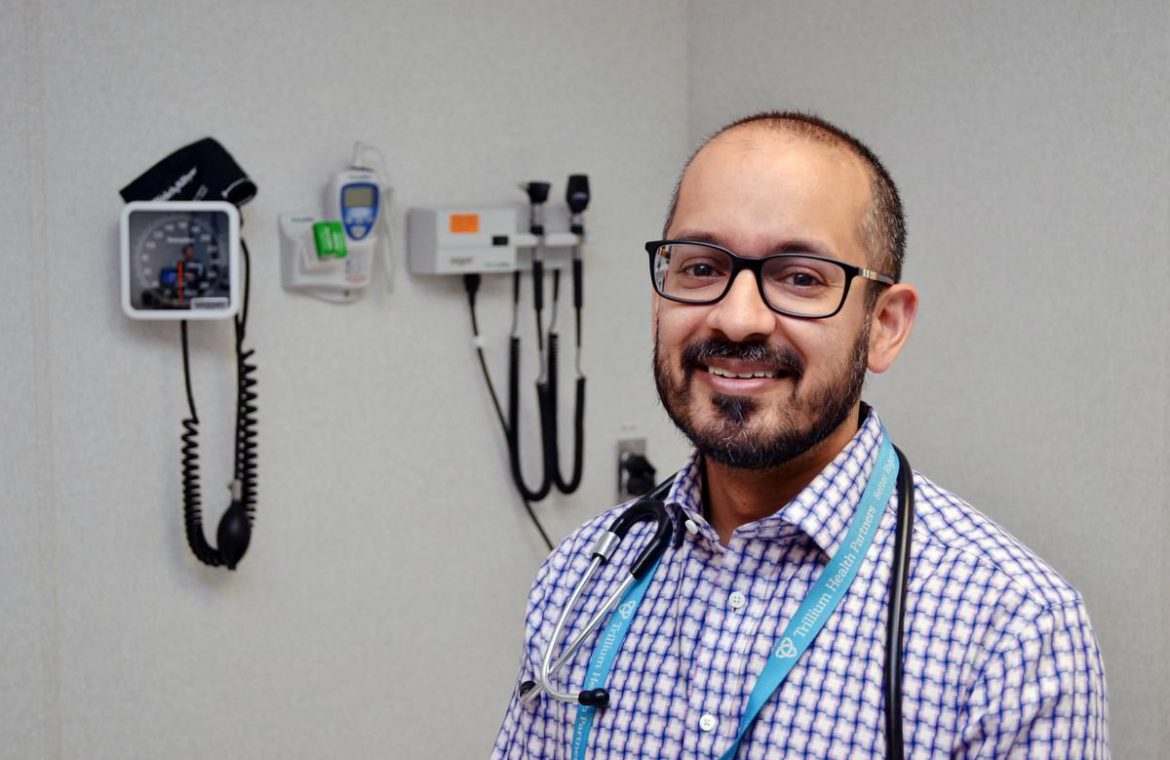 Peel’s medical officer of health is pleading for residents to limit their interactions with people outside their households after issuing tough new restrictions on weddings, workplaces and banquet halls in an effort to tamp out the flames of COVID-19 raging through his community.

After emerging as Ontario’s biggest COVID-19 hot spot with cases continuing to escalate and hospitals struggling to cope, Peel’s new health measures go beyond the latest provincial controls and urge people to not leave their home except for essential activities.

“The picture we are seeing in Peel is increasingly dire,” said the region’s medical officer of health, Dr. Lawrence Loh at a press conference Monday morning. He said it’s “crucial to take decisive steps.”

As of Nov. 9, the region had an infection rate of 142 cases per 100,000 population per week — still by far the highest in Ontario — and an increase of more than 40 cases over the previous week, according to the Star’s ongoing count.

On Friday, William Osler Health System began transferring in-patients to other GTA hospitals after a surge in its emergency departments led to unsafe overcrowding. The hospital system has already postponed about 50 elective surgeries and Osler president and CEO Dr. Naveed Mohammad said Monday the new controls are crucial to help ensure Brampton Civic Hospital and Etobicoke General Hospital can maintain health-care services for the community.

Under Peel’s new restrictions, which exceed the province’s red or control-zone limitations, wedding receptions are banned until at least the new year. Social gatherings in businesses like banquet halls celebrating life events, such as engagement and retirement parties, are also not allowed.

Workplaces are restricted to essential visitors, and meetings and event spaces are closed.

Celebrations and weddings are a major driver of COVID-19, Loh said, citing a recent wedding in York Region that led to 33 cases in Peel.

Places of worship will be restricted to 30 per cent of the building’s capacity to a maximum of 50 people inside, and people are asked to sit with their own households.

Restaurants, bars and gyms will be able to stay open, although under the provincial restrictions, there can only be 10 people inside at once.

Like with speed limits, Loh hopes most people will follow the rules, and said there will be no penalty for small gatherings. If people live alone they’re advised to socialize only with one other household.

“Our goal will be to catch the most egregious, including the large gatherings we have identified in our instructions,” he told reporters.

Loh hopes these temporary measures will cut the chain of COVID-19 transmission to keep schools open, avoid a total lockdown like the spring, and “hopefully we can have a shot at the December holiday season.”

“I know you will do what is right for you, your family and your community to prevent us from moving further up the provincial framework into the lockdown stage,” he said.

In recent weeks, Peel has struggled to keep up with contact tracing, a crucial component of curbing virus spread.

Since late October, 10 public health units from across the province have been helping Peel keep up with its COVID-19 case and contact management after an explosion in cases following the Thanksgiving weekend. Still, between Oct. 27 and Nov. 2, only 56 per cent of cases were contacted within 24 hours. The target is 90 per cent.

On Monday, Ontario announced new supports to boost Peel’s testing. The province is opening several new testing sites in the hot spot of Brampton, allowing walk-ins at assessment centres there for people who can’t get appointments and readying more hospital beds as the number of new infections surges to levels 20 per cent higher than a week ago.

An Osler spokesperson said the health system is currently testing an average of about 1,750 to 1,800 people a day between its hospital sites, assessment centres and its COVID-19, Cold and Flu Clinic.

They may not be easy to enforce, he said. “But if it changes the behaviour of a big chunk of the people, that’s still going to make a difference.”

The new restrictions, a mix of strong recommendations and enforceable moves, go to the heart of the “cycle” he’s seen unique to the region.

There’s been a “hyper focus” on spread in bars and restaurants, but unlike in some other places, Chakrabarti said those businesses are not the main problem in Peel.

Instead, people are often infected at large workplaces such as factories or when coming back from international travel. They then pass the virus on to family or roommates in large multi-generational households, and it spreads between households at private gatherings such as weddings, or religious ceremonies.

The public often thinks of a party that causes COVID as a “raucous college kegger,” Chakrabarti said, but it can easily spread in smaller, more intimate settings, such as showers, worship events or birthday parties.

“You can easily shut down one party of 200 but when you have thousands of people having to get-togethers of 12, 15 people, that’s when it’s much more difficult to monitor that.”

Given the large proportion of multi-generational homes, an isolation centre where people could safely separate from family, like the one in Toronto, would definitely help, he added. Loh said at the press conference that the health unit is in discussion with the federal government on funding support for something like this.

Dr. Mahin Baqi, an infectious diseases and infection control specialist at Osler, said a worrisome pattern has emerged at its hospitals that highlights why it’s critical to reduce community spread.

During the spring wave, many hospitalized COVID patients were transferred from struggling long-term-care homes in its catchment area. Now, many patients who are admitted come from multi-family homes, she said.

“We are first seeing the infections in 20- to 40-year-olds. They are getting tested at our assessment centres and then their parents and grandparents are getting admitted to hospital subsequent to that.”

Baqi said there continues to be a “stigma” attached to COVID-19 testing for many in the community, especially for essential workers who cannot work from home.

“They should not be penalized for having COVID, which they may have acquired in their workplaces.”

Chakrabarti added it’s also important to make sure that guidance gets to communities, by communicating with leaders, and making sure that instructions are translated.

“That’s a very, very important part, rather than just trying to put a bunch of recommendations from the top down without any kind of engagement of the people who it affects.”

With files from Rob Ferguson

What are your thoughts on Peel’s new restrictions?

Don't Miss it The coronavirus began in China, but with outbreaks behind it, life almost looks normal | ABC News
Up Next What’s ahead for COVID-19 vaccines