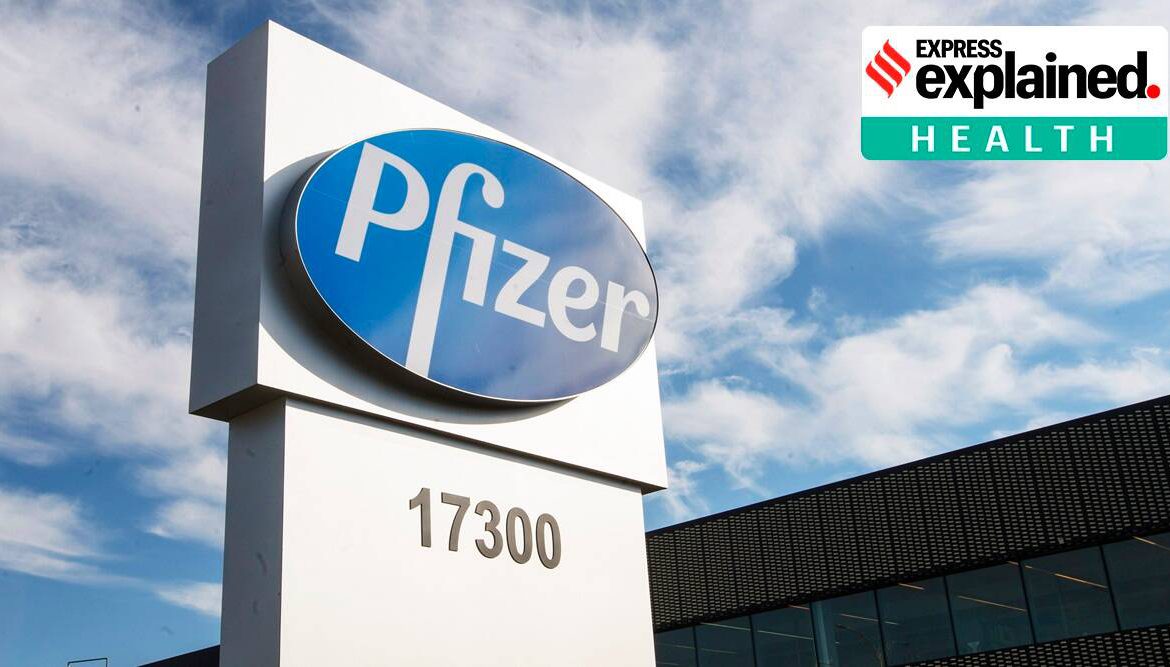 Pfizer says an early peek at its vaccine data suggests the shots may be 90% effective at preventing Covid-19, but it doesn’t mean a vaccine is imminent. (Ryan Remiorz: The Canadian Press via AP)

One of the key takeaways for India from Monday’s announcement by Pfizer is the US pharma giant’s decision to hold discussions with regulatory authorities worldwide.

In August, The Indian Express had first reported that the Indian government had had an “initial meeting” with representatives of Pfizer’s Indian subsidiary days after Pfizer released the early phase 1 trial data of its vaccine candidate for the novel coronavirus, which, it said, demonstrated a strong immune response.

Pfizer has so far identified five facilities across the globe, including in the United States and Germany, to manufacture its Covid-19 vaccine. Top government sources had confirmed earlier to The Indian Express that while Pfizer did not “as of now” have an agreement with the government, and had not identified any manufacturing facility, it was possible that a “fill and finish” option might emerge. 📣 Express Explained is now on Telegram

Should the company (and its partner, the German biotech firm BioNTech) decide to approach Indian regulatory authorities, a key issue that will have to be addressed is that of the cold chain. Pfizer’s mRNA vaccine candidate requires storage and shipping in sub-zero temperature conditions.

A subgroup formed by India’s high-level expert group on vaccine administration has started to map cold storage facilities across the country, including those available with the food processing industry. The 28,000-unit cold storage network that the country’s universal immunisation programme uses, currently handles temperates in the range of 2-8 degrees Celsius.

Don't Miss it Pfizer’s COVID-19 vaccine: What to know
Up Next The coronavirus began in China, but with outbreaks behind it, life almost looks normal | ABC News