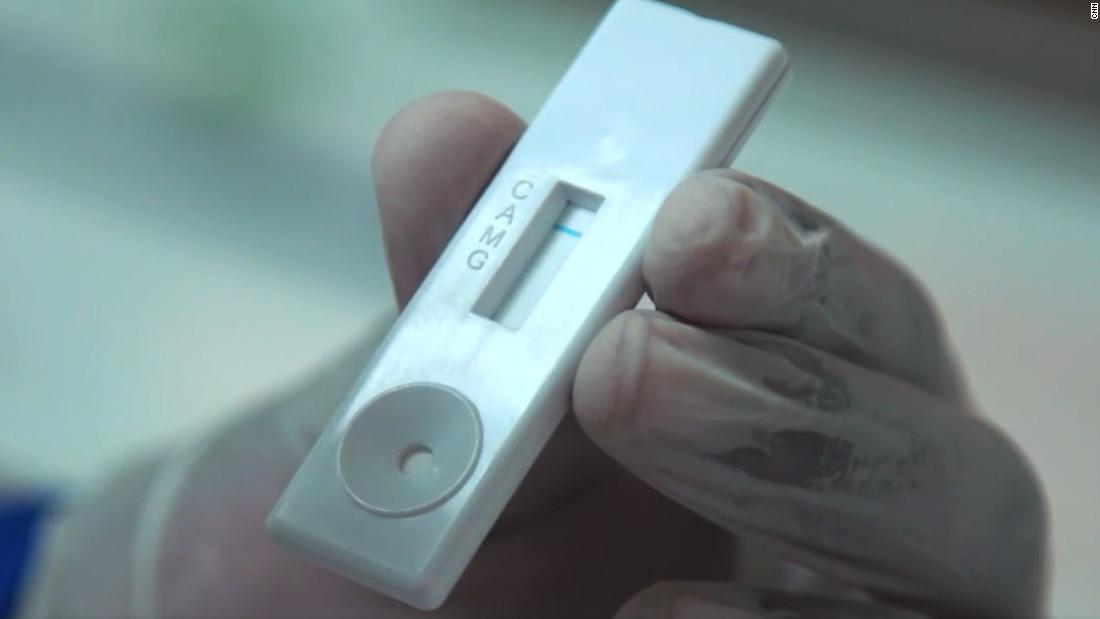 The Pasteur Institute, a biomedical research center based in Senegal’s capital city of Dakar, says it is close to producing an affordable, handheld Covid-19 diagnostic test kit that can give results in a matter of minutes.The institute is running a new venture called DiaTropix, which has been working in partnership with five research organizations since March, including Mologic in the UK, to create the test kit.

Amadou Sall, director of the Pasteur Institute and DiaTropix, told CNN that the biomedical center hopes the kit will cost as little as $1 to purchase.

“This is a very simple technology, like a pregnancy test that you can use everywhere at the community level, which is important for Africa,” he said.

According to Mologic, this rapid test kit does not require electricity or need laboratory analysis.

Instead, it consists of a simple test strip housed in a plastic unit and uses a small blood sample collected by pricking a finger, much like tools used to test insulin. The blood is tested for coronavirus-related antibodies, and the result is shown on the test strip.

A prototype of the kit was tested in June after raising funds from donors such as UK non-profit Wellcome Trust and the UK government, Sall said. Once regulatory checks are complete, the plan is to start manufacturing and distributing the kits.

The Covid-19 rapid test kits will first be available on the continent through governments and health organizations like the Africa Centres for Disease Control and Prevention (Africa CDC), Sall said.

“Ideally, we’re working on how we can make (the kits) available to the more general public. But right now, the focus is on public health and then we are going to move into self-testing,” he added.

There are more than 1.8 million confirmed cases of Covid-19 across the African continent as of this writing, according to the Africa CDC, with nearly half of those cases reported in South Africa.The continent’s case numbers are relatively low when compared to the rest of the world, but experts say that low testing in many African countries mean that some cases go unreported and untreated.

Dr. Anderson Latt, an epidemiologist with the World Health Organization, told CNN that one of the challenges of addressing the virus on the continent is a shortage of test kits.

PCR tests, considered the most accurate diagnostic test for Covid-19, are expensive to run and require both specialized supplies and lab technicians. At the beginning of the outbreak, only two laboratories — in South Africa and Senegal — were able to test for the virus.

According to the WHO, all 47 countries in its WHO African Region can now provide diagnoses. But in many places, testing still lags.

Nigeria, Africa’s most populous country, has been importing its PCR test kits from China but is unable to get the amount it needs.

The country recently announced a plan to develop a cheaper rapid test kit that will provide results in under 40 minutes, and cost less than $25.

“There is a need for countries to work together in a coordinated manner and ensure that test kits are available,” Latt said. “It’s really critical.”

The test kits being developed by the Pasteur Institute in Dakar, he added, are a welcome addition.

This is not the first time the Pasteur Institute has been at the forefront of providing public health solutions in the face of a pandemic.

It has been manufacturing vaccines for about 80 years, said Sall, and offered diagnostic and epidemiological surveillance during the Ebola outbreak in West Africa from 2013 to 2016.

Sall, who is also the director of the WHO Collaborating Center for Arboviruses and Viral Hemorrhagic Fevers in Senegal, believes the presence of the rapid Covid-19 test kits will help boost the economy.

“If you are facing a situation where people cannot work because they are sick … it’s very disruptive for the economy. And in this regard, investing in those initiatives (testing kits) to promote access is a way to keep the economy going,” he said.