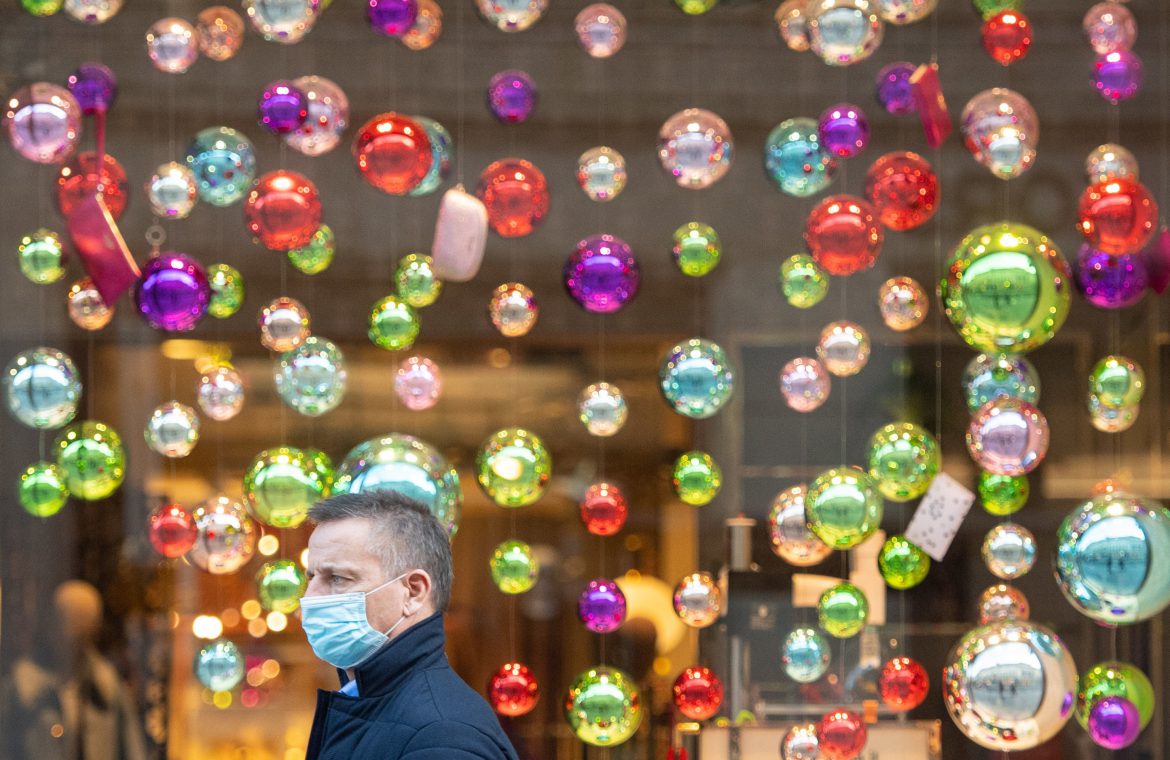 he second coronavirus wave will be “gruelling professionally and personally” with increased pressure throughout the winter, UK doctors have been warned.

NHS chiefs and all four British medical officers have written to medics urging them to brace for a “prolonged” Covid-19 outbreak over the coming weeks or even months.

Healthcare professionals will have to be flexible, which “may entail working in unfamiliar circumstances or surroundings, or working in clinical areas outside of their usual practice,” their letter warns.

It comes as Boris Johnson’s official spokesman told a Westminster briefing that England’s lockdown will not be extended. He insisted: “When the current national measures come to an end on December 2 we will be returning to a regional tiered approach.”

He said in a statement: “It is right we’ve taken a dual-track approach to evaluating this technology – by piloting them in the field so we can understand how best to make these tests available, and by getting our world-leading academics and clinicians to undertake rigorous evaluation of their ability to detect the virus.

“I’m delighted that both are already demonstrating that lateral flow tests can be the reliable, highly sensitive technology we need to help get this virus under control, and return to as close to normality as possible.”

Rapid turnaround tests for Covid-19 are accurate and sensitive enough to be used in the community, including for asymptomatic people, a new study has found.

Lateral flow tests deployed in Liverpool as part of the city-wide testing pilot scheme have been shown to have over 99.6 per cent specificity, the Department of Health and Social Care said.

The tests can be processed on site without the need to send samples off to a laboratory.

The swabbing and processing needs to be conducted by trained personnel but health officials are now looking at how the test could be self-administered, the DHSC said.

As well as piloting the tests across England, ministers also commissioned a review of the specificity and sensitivity of the tests in different settings.

Students across Scotland will be advised to only go out for essential reasons and exercise for two weeks before going home for the Christmas holidays, the country’s Higher Education Minister has said.

In a statement to the Scottish Parliament, Richard Lochhead said: “We will advise any student who wants to return home for the end of term to voluntarily reduce their social mixing for two weeks before going home.

“This means going out only for essential reasons and exercise.”

He said there will be “staggered and early departure irrespective of the level the institution is currently in”.

Mr Lochhead added: “Universities will be asked to make any necessary adjustments to scheduling to ensure that in-person teaching and assessment ends early enough to allow students time to get home at the end of term.

“I see that Universities Scotland has highlighted the staggered dates for the end of in-person teaching at Scottish universities from late November to mid-December, so they are not expecting a great surge of movement.”

There have been a further 928 cases of coronavirus in Wales, bringing the total number of confirmed infections to 62,284.

Public Health Wales has also reported another 45 deaths, taking the total in Wales since the start of the pandemic to 2,108.

Nightingale hospitals in Harrogate and Sunderland are “ready to take patients if necessary” while the Manchester hospital is operational, Downing Street has said.

The other four Nightingales are on standby, the Prime Minister’s spokesman said, while the NHS is considering using the hospitals as mass vaccination centres.

“The NHS is also considering using the sites as mass vaccination centres if and when a coronavirus vaccine becomes available,” the PM’s spokesman told a Westminster briefing.

Boris Johnson would be happy to receive a coronavirus vaccine, Number 10 has said.

The Prime Minister’s official spokesman said: “Any vaccines which are determined for use will undergo a vigorous series of safety checks, they will be absolutely safe for the public to use.

“And the Prime Minister would therefore, of course, be very happy to take the vaccine himself.”

Downing Street has said it is the Government’s “intention” to go back to a regionalised system of coronavirus restrictions when the current national lockdown in England ends next month.

It comes after senior Tory backbenchers formed a resistance group putting pressure on the Government not to extend the national lockdown.

The Prime Minister’s official spokesman told a Westminster briefing: “When the current national measures come to an end on December 2 we will be returning to a regional tiered approach.

“And we’re committed to setting out our proposals for what that system will look like the week before the current regulations lapse on December 2, so MPs will have the time to consider them and to vote upon them.

“But in the meantime the PM continues to urge everyone to come together and follow the rules which we have in place to help to get the R rate down.”

Asked to confirm that the current lockdown restrictions in England would not be extended, the spokesman said: “It is a statement of fact that the regulations lapse on December 2 and we’re committed to giving MPs a vote on the system which will replace them.

“And as we’ve indicated a number of times, it is the intention to go back to a regionalised approach.”

A further 361 people who tested positive for coronavirus have died in hospital in England, bringing the total number of confirmed deaths reported in hospitals to 35,324, NHS England said on Wednesday.

Patients were aged between 43 and 102. All except 20, aged between 58 and 95, had known underlying health conditions.

The deaths were between October 13 and November 10.

Eleven other deaths were reported with no positive Covid-19 test result.

1605105060Healthcare workers may have to work outside their own fields

The letter to doctors says pressure will inevitably be exacerbated by staff shortages due to sickness or caring responsibilities, and assures them that regulators will take into account the need for temporary changes to practice.

Healthcare professionals will have to be flexible, which “may entail working in unfamiliar circumstances or surroundings, or working in clinical areas outside of their usual practice” which could be stressful.

All doctors are expected to follow GMC guidance and hospitals, trusts and healthcare leaders “must bear in mind that clinicians may need to depart, possibly significantly, from established procedures in order to care for patients in the highly challenging circumstances of the epidemic”.

The letter says healthcare professional regulators including the GMC “have committed to take into account factors relevant to the environment in which the professional is working, including relevant information about resources, guidelines and protocols in place at the time”.

The second wave of Covid-19 will be gruelling with increased pressure prolonged throughout the winter, UK doctors have been warned.

The chief medical officers of England, Scotland, Wales and Northern Ireland, the NHS, the General Medical Council and the medical royal colleges have written to doctors urging them to be flexible during the second wave, which may require them to work in clinical areas outside their usual practice.

The letter, tweeted by England’s CMO, Professor Chris Whitty, says the second Covid wave “may well be prolonged throughout the winter period, with wide local variation and fluctuation in cases, requiring a sustained response from the whole profession.

“This will be gruelling professionally and personally.”