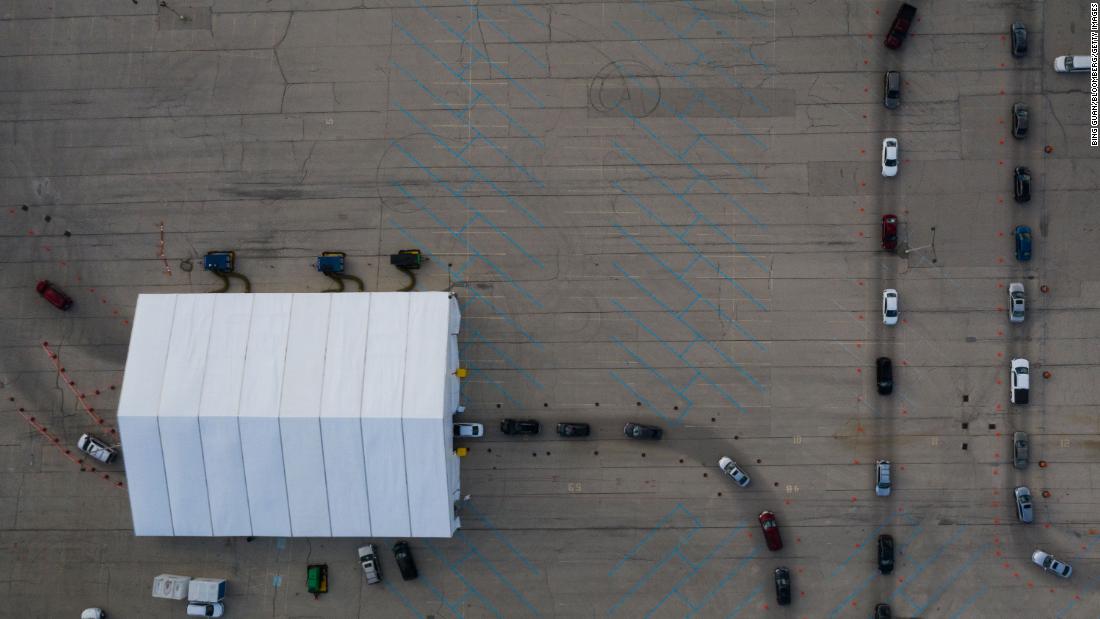 Nevada Gov. Steve Sisolak is asking people to commit to a voluntary plan he calls “Stay at Home 2.0” in the next two weeks in efforts to push a “significant reversal of the current trends” in the state.

“We have to go back to the basics,” the governor said, encouraging businesses to return to telecommuting as much as possible and asking residents to avoid hosting groups of people over for dinners, parties and other gatherings.

“It’s not safe to go out, it’s not safe to have others over,” he said. “Please, cancel the happy hours, dinner parties, sleepovers, and playdates at your home. And if a friend or family member invites you over, offer to hang out virtually instead.”

The governors join a chorus of other officials across the country who have moved to encourage more residents to stay home and limit socializing. A stay-at-home advisory went into effect last week in Massachusetts, where residents are advised to stay at home between 10 p.m. and 5 a.m. A stay-at-home advisory also took effect Sunday in Rhode Island, where the governor warned last week there’d be an upcoming shutdown if large house parties that were helping fuel the spread didn’t stop.

The new steps and warnings come amid a dangerous time for the country: Tuesday marked the eighth consecutive day that the US reported more than 100,000 new cases. Also on Tuesday, the country reported a record high number of hospitalized patients nationwide.

Public health officials have warned that unless Americans lean into public safety measures like face masks and social distancing, things could quickly get much worse, with one expert predicting the country could soon report 200,000 new cases every day.

The US has now recorded more than 10.2 million infections since the pandemic’s start and more than 239,000 people have died, according to Johns Hopkins University.

As the virus continues running unabated across American communities, not a single state is trending in the right direction. And 44 states have reported at least 10% more new cases than the previous week — 11 of which reported at least a 50% increase.

This week, Texas became the first US state to surpass one million known Covid-19 cases, according to data from Johns Hopkins. In El Paso, one of the hardest-hit communities in the country, officials have requested four more trailers to add to six mobile morgues already on the ground, as cases and hospitalizations spike. “I’ve seen more death in the last three weeks than I’ve seen in a year,” one registered nurse told CNN affiliate KFOX. “I’ve done compressions on more people in the last three weeks than I have in a year.”

California’s total number of infections is also inching closer to a million. More than 18,000 Californians have died since the start of the pandemic and infections, positivity rates and hospitalizations are all on the rise in the state, the governor said.

“People are letting their guard down by taking their masks off,” California Gov. Gavin Newsom said earlier this week. “They’re starting to get together, outside of their household cohorts.”

In Maryland, Gov. Larry Hogan announced new measures, including tightened restrictions for restaurants, as the state reported its seventh straight day of more than 1,000 new Covid-19 cases and “numbers continue to rise.”

Oklahoma down to 7% ICU capacity

All over the country, many hospitals are already at their breaking point, with overwhelmed and overworked staff members and a continuing surge of patients.

More than 61,900 people were hospitalized with Covid-19 in the US, the COVID Tracking Project reported Tuesday — more people than ever before.

In Illinois, most regions are seeing “far higher rates” of Covid-19 hospitalizations than they did in the spring, the governor said Tuesday.

“Statewide, we are now averaging more than 4,200 patients with Covid-19 in the hospital. Our highest average in the spring was 4,822 … In short, we’re now just hundreds short of our Covid hospitalization numbers last spring,” Gov. J.B. Pritzker said.

Oklahoma’s health department reported the state is down to just 7% of adult ICU bed availability, with about 62 ICU beds available.

“One was to reactivate a system called the Regional Medical Response System,” he said. “This system is used in tornadoes or large disasters. It is designed to transfer patients between hospitals. This makes sure Oklahomans are connected to a hospital bed as quickly as possible.”

We’ve instructed the nursing board to clear any red tape to allow nursing students and nurses who are licensed in other states to practice in the state of Oklahoma.”

As cases surge, several leading experts have urged Americans to plan for different kinds of celebrations ahead of the Thanksgiving holiday, warning that family and friend gatherings could help further drive Covid-19 numbers upward.

The latest warnings came from officials in Washington state, where the disease is “spreading rapidly,” according to the health department.

“Thanksgiving, Christmas — those are the holidays when you pack your house full of people. You just can’t do it this year,” David Postman, the chief of staff for Gov. Jay Inslee said.

In a news release, health officials warned residents to stay home as much as possible, limit the number and size of their gatherings and only attend gatherings that are essential.

“People who want to visit family for Thanksgiving should limit themselves to only the most essential activities now, and essentially quarantine for two weeks before even a small outdoor gathering,” a news release from Washington state’s health department said.

Dr. Anthony Fauci has also in recent weeks stressed the importance of being careful during the holidays this year.

“Understanding that everyone has this traditional, emotional, understandable warm feeling about the holidays and bringing a group of people — friends and family together in their house, indoors — that’s understandable,” Fauci said on “Good Morning America” last month. “But we really have to be careful this time, and each individual family evaluate the risk/benefit of doing that.”

US is about to start distributing an antibody treatment

The US also received some good news this week. Early data from Pfizer’s Covid-19 vaccine shows it is more than 90% effective, the drugmaker announced Monday. Also Monday, the US Food and Drug Administration said it had issued an emergency use authorization for Eli Lilly and Co’s monoclonal antibody therapy to treat mild to moderate Covid-19 infections in adults and children. The single antibody treatment, called bamlanivimab, must be infused in a hospital or other health care setting.

Distribution of the newly approved treatment will begin this week, US Health and Human Services Secretary Alex Azar said Tuesday, adding it will be provided free of charge.

“Getting new therapeutics like this to patients has the potential to save thousands of lives and significantly reduce the disease’s burden on our health care system,” Azar said.

This is the first monoclonal antibody to be authorized for use in treating the virus. And it’s also an important first step in developing treatments that will help prevent people from being hospitalized with Covid-19, Fauci said Tuesday.

The treatment is “just one of a number of things that we’re doing to look at the disease early on and prevent people from being hospitalized,” he told MSNBC.

Don't Miss it ‘Our lives are ruined’: Canada invited them as permanent residents — then COVID-19 slammed the door shut
Up Next German company BioNTech and Pfizer announce 90% effective coronavirus vaccine | COVID-19 Special