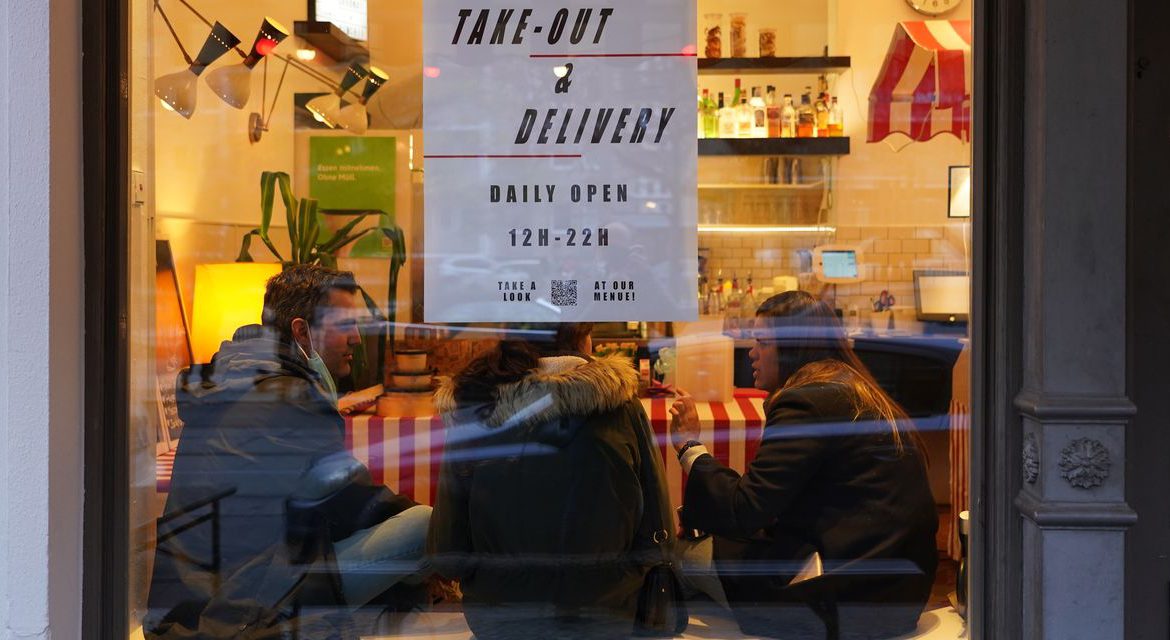 People sit in a restaurant closed except for takeout food under a four-week semi-lockdown during the second wave of the coronavirus pandemic, on November 11, 2020 in Berlin, Germany.

European stocks weakened on Thursday, as worries over the impact of a rise in coronavirus cases on economic growth took the shine off the optimism over progress on a potential vaccine.

The U.S. coronavirus situation is worsening, with the country setting another record for confirmed cases on Wednesday. Christophe Barraud, chief economist and strategist at Market Securities in Paris and a multiple winner of MarketWatch’s forecasting contest, pointed out that small-business data that are available show a discrepancy in U.S. activity between northern states in cooler climates and southern states in warmer climates.

He expects more states to join New Jersey and Wisconsin in implementing new restrictions, as hospitalizations are due to spike, given the relationship to cases.

“Therefore, in a context where the economic recovery has already lost momentum, upcoming drastic restrictions will probably result in another GDP [gross domestic product] contraction as soon as the fourth quarter,” Barraud said.

After lockdowns across Europe, the case growth on the Continent has dropped but is still elevated, according to data from the European Centre for Disease Prevention and Control. Data from the U.K. showed that GDP recovered by a slightly below-forecast 15.5% in the third quarter, and by 1.1% in September. Samuel Tombs, chief U.K. economist at Pantheon Macroeconomics, said GDP probably was no higher in October than in September and will plummet in November due to the new lockdowns.

Of stocks on the move, German conglomerate Siemens
SIE,
-3.13%
dropped 2% after reporting fiscal fourth-quarter profit slightly ahead of estimates on a 3% revenue drop and guiding for “moderate” growth in profit and sales this year.

Burberry Group
BRBY,
+0.86%
rose 2% as the luxury retailer said comparable sales didn’t fall by as much as anticipated in its first half ending Sept. 30. Burberry said it was “encouraged” by its sales in October, outside of the 10% of stores closed due to COVID-19 restrictions.