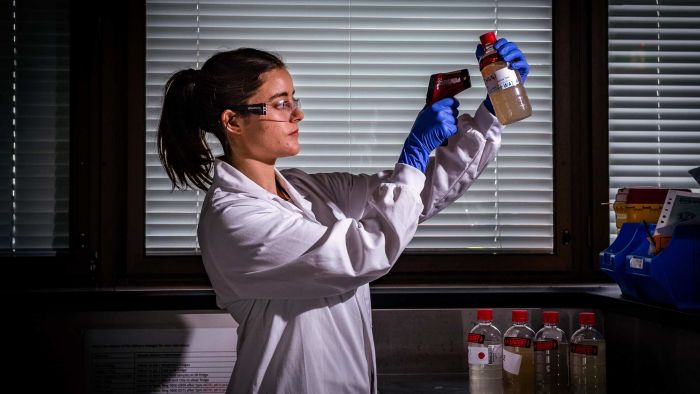 Sudhi Payyappat admits it’s not the most glamorous job.

The microbiologist spends his working days in a small scientific lab, surrounded by little bottles of wastewater — the stuff we flush down the toilet.

But what the role lacks in glamour, it makes up for in importance.

Mr Payyappat and his small team of four have been national leaders in what medical experts say is a critical part of the nation’s coronavirus response: testing our sewage for COVID-19.

The ABC got an exclusive look inside Mr Payyappat’s lab in Sydney’s suburbs, and the process behind the testing.

Mr Payyappat said testing wastewater for COVID-19 was a “difficult” process. The wastewater testing has been described as public health “surveillance”.

The ABC visited just days before the lab found virus fragments at two sewage pumping stations on Thursday, triggering an alert for 18,500 western Sydney residents to get COVID tested.

And as Australian cases continue to fall and complacency sets in, experts say Mr Payyappat’s team — which has shared its testing method across the country through what’s known as the “ColoSSoS Project” — is going to become even more important.

Catch up on the main COVID-19 news from November 12 with our coronavirus blog.

A worker dressed in full PPE kit performs perhaps the most straightforward task: collecting the water.

The smell is there — a hazard of working with raw sewage — but for Aaron Duncan, it is all just part of the job.

The sample, stored in a small 500ml water bottle, is put into an Esky on ice to keep it cool in the back of a truck.

The sample is then driven by Mr Duncan across Sydney Harbour to the laboratory, still on ice, where it is received by a general water quality analyst.

Not for drinking: The wastewater samples in an Esky on ice in back of Mr Duncan’s truck.

“We check the temperature on arrival,” Mr Payyappat told the ABC.

“It’s critical because if the temperature is above 10 degrees, the sample might be compromised.

“And we don’t take those ones.”

A temperature gun is used to test the samples.

After being wheeled into the lab, the bottle, in all its eerie brown beauty, is taken into a biohazard cabinet to be handled safely.

Then it starts getting complicated.

Mr Payyappat said hydrochloric acid was added to the 100ml sample to bring the pH level “down to 3”.

“That’s its iso-electric point: the virus will start charging and become positively charged,” he said.

“That sample is filtered through a negatively charged membrane and the membrane will capture the virus.”

The membrane used to detect COVID

The membrane-filtration process was identified by Mr Payyappat as being the most effective method and it is now being used by other ColoSSoS Project members in Queensland, the ACT and Victoria where sewage testing, like in Sydney, is conducted regularly.

But the process isn’t over yet.

The membrane then goes to another part of the lab to extract the virus’s genetic material.

“We separate the virus from the membrane and break it open, releasing what’s known as nucleic acids,” he said.

“The membrane is then chopped down and put in a tube.”

The membranes are chopped down and put in tubes containing glass beads to have viruses “beaten” out of them.

The tube is put into a machine known as a bead beater, where little beads in the tubes vibrate, causing viruses to be released from the membrane and broken down.

“Everything inside the cell comes out. It is washed, the acid is separated and put in a little tube with pure water,” Mr Payyappat said.

“Then the final step is to check and see whether the genetic markers of COVID are present in the sample.

“It if it present, it will make millions of ‘copies’ to enable detection and the machine will tell you how many copies of the virus molecule fragment is presented in the sample. And we pass the information to NSW Health.”

“So by looking at the sewage and detecting COVID or the viral remnants of COVID, you can actually say: hey, there’s probably still potentially COVID in this area, even though we haven’t detected it [through testing],” he said.

“So you make an increased plea to that area to get more testing, you have more surveillance, you put more public health people in there, and the whole point of this is to keep the virus at very low levels or eliminate it if we can, so it dies out.

“And also knowing very rapidly if it is coming back.”

Experts say the wastewater collection and testing will continue until a vaccine is found.

Detections have been made on multiple occasions in Victoria, and regular testing in the ACT has uncovered no traces of the virus, giving authorities more confidence to allow residents from the capital to travel around the country.

Western Australia, one of the last states to join, kicked off its process last week.

According to NSW chief medical officer Kerry Chant, it has been “critical” in the fight against COVID in NSW.

“We’re still learning about how sensitive it is and what factors might decrease its sensitivity, like rain,” Dr Chant said.

“But we’ve [seen] a strong correlation of test results and what we are aware of [through sewage testing] in the catchments.”

NSW Health uses the data to identify smaller catchments areas, a subset of those larger catchments, to target alerts to 10,000 people.

The alert on Thursday was slightly larger, triggering pleas for 18,000 residents in western Sydney to get tested.

Experts say there are still “possible inaccuracies” in the process.

Research shows people shed virus in their stool (faeces) from four weeks up to about eight weeks.

Other research showed about two-thirds of people with COVID-19 excreted it through their bowel, which is known as “shedding”.

Dr Chant said the greatest period of “shedding” was when a person first started showing symptoms.

But, she said, there were still possible inaccuracies.

“We can’t be 100 per cent sure when someone is no longer infectious,” she said.

“They might be shedding the virus but that doesn’t necessarily indicate infection can occur.

“But we will be doing sewage testing until we have a vaccine.

“It is a critical part of our response to COVID-19.”

Mr Payyappat said the work identifying COVID was not glamourous, but was a “really important” job.

Back in the lab, Mr Payyappat said that wastewater could be a “very difficult matrix” to crack and a “very sensitive method” was needed to help identify it.

But with more than 20 years’ experience detecting viruses in wastewater, he said he was confident they were identifying as much as they could.

And although he agreed it was not the most glamorous job, Mr Payyappat said all his friends and family understood and appreciated how important it was.

“And my wife actually works in a different laboratory for Sydney Water, so she understands and is very supportive.

“And my daughter is studying in the science area. That’s helped.

“But it’s important, we’ve been working hard since March and it’s been a great effort by all.”

Don't Miss it Coronavirus: Shropshire hotel will continue supporting rough sleepers throughout Christmas | UK News
Up Next What we can learn from the Amish about coronavirus 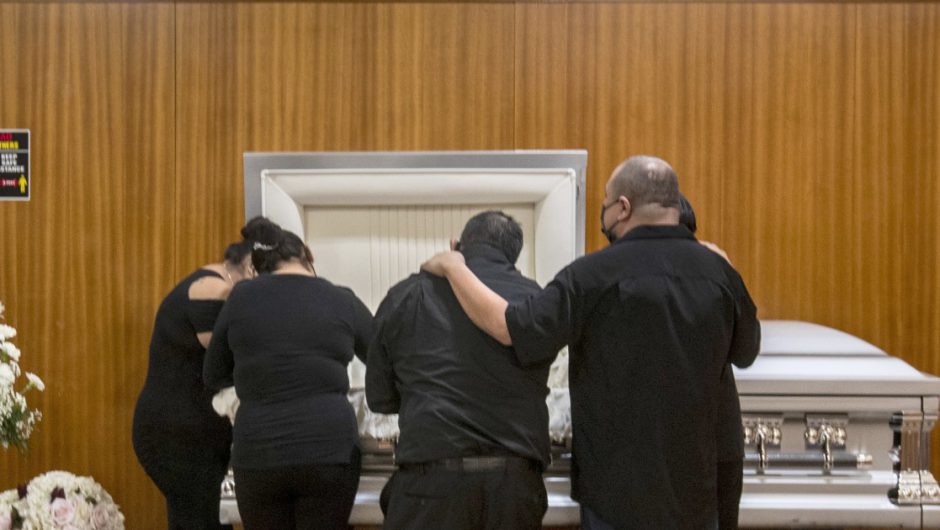 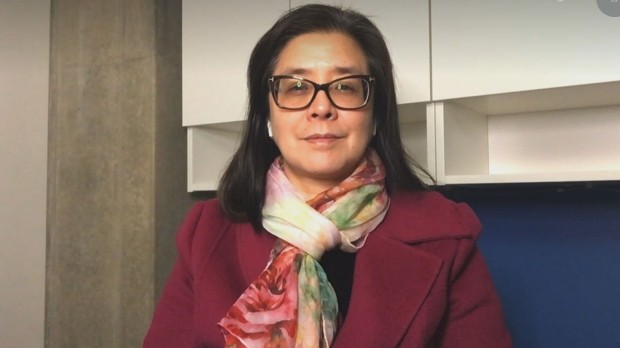