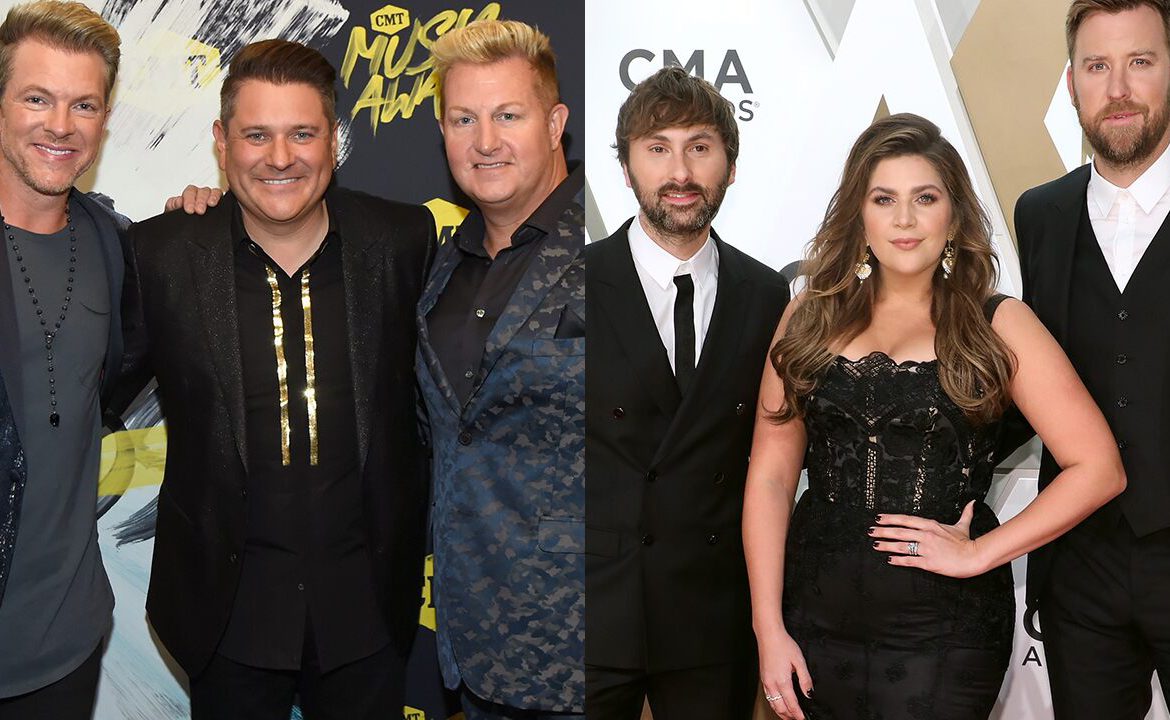 Lady A, Rascal Flatts and Florida Georga Line — some of country music’s biggest acts — were forced to drop out of their live performances in front of a national television audience.

Roughly an hour before the show, the Lady A announced on Twitter that they would not be in attendance as expected due to coronavirus.

“Taking a look back at last year’s CMA Awards and all the fun that we have every year getting to hang out with our country music family!” they began in the post. “Sadly, one of our immediate family members has just tested positive for COVID-19 this week.”

The band ensured fans that so far, none of them have tested positive, but “out of love for everyone involved,” they will not be attending the awards.

“We’re bummed that we won’t be able to perform with Darius Rucker and Thomas Rhett, but luckily Charles [Kelley] already taped his performance with Carly Pearce so you will still be seeing him take the stage!” they continued.

After saying that they’ll be cheering on their friends from home, the band urged their fans to “stay safe out there.”

Their Twitter message was also accompanied by a photo of the trio.

Lady A, right, and Rascal Flatts were among performers to pull out of the 2020 CMA Awards due to COVID-related reasons.
(Getty)

Hillary Scott was also set to perform “Be a Light” with Thomas Rhett, Reba McEntire, Chris Tomlin and Keith Urban.

Just a short time after Lady A’s announcement, a shocking blow  was delivered to the awards show when Rascal Flatts announced during the middle of the program that they too, were out after one of their members tested positive for the novel illness.

“Hey Y’all, we wanted to let you guys know that we have received a positive COVID test within the band,” they shared on Twitter. “As much as we were looking forward to performing at the CMA Awards tonight, we will no longer be attending in the interest of everyone’s safety. We miss y’all and stay safe!”

Florida Georgia Line too was set to perform until Tyler Hubbard tested positive for the novel virus.

Like Hubbard, country singer Lee Brice also tested positive for COVID-19 and will not able to perform at the CMAs with Carly Pearce.