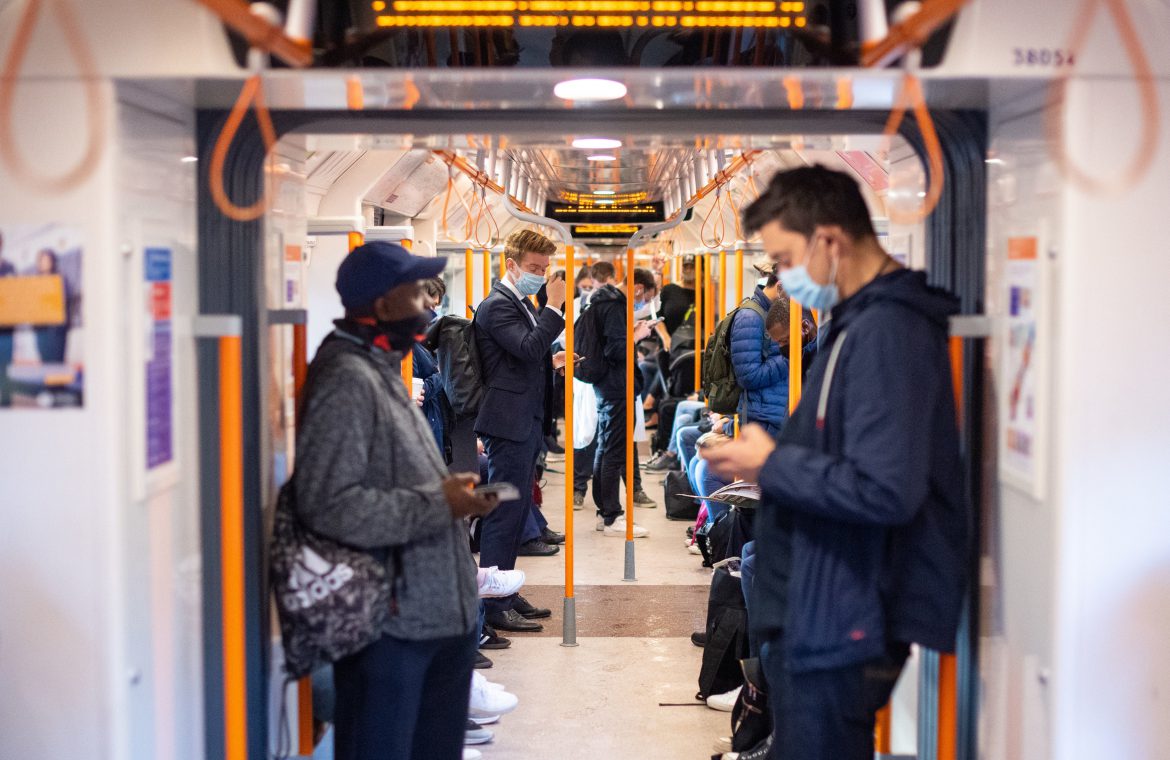 The UK reported a record 33,470 coronavirus cases in the last 24 hours to Thursday, while deaths also rose by 563, as the government struggles to control a fresh spike in cases.

As the country struggles to deal with the rising spike, a worrying report showing a huge backlog of cases in the NHS has surfaced, which states the country’s first wave has already left thousands of people waiting for years before they can get treatment, as all medical services except those deemed essential were delayed.

It is still a grim time for businesses as they continue to take a hit from lockdown. A government-backed discount policy for restaurants is also in turmoil in the face of the new lockdown, as the Chancellor Rishi Sunak says we may have to wait until a vaccine is in place and restrictions ease.

The UK’s coronavirus death toll has risen by 563 across a 24 hour period – while the number of fatalities has spiked to the highest number ever recorded by the Department for Health and Social Care.

Government figures put the number of fatalities at a slightly lower figure than the previous day’s figure of almost 600 – with the nationwide total now standing at 50,365 since the beginning of the UK’s outbreak.

Since January, when the first cases were observed on UK soil, 61,648 fatalities were recorded where Covid-19 was mentioned on the death certificate.

Meanwhile the latest case figures added 33,470 new infections to the nation’s total – the highest spike recorded across a 24 hour period in the UK so far.

It brings the total number of cases in the UK to 1,290,195 – however experts have previously cautioned against comparing the figures of the second wave to the first as testing facilities have become more advanced.

Almost 140,000 patients waiting longer than a year for treatment

Amid the concerns of rising coronavirus cases, a latest report find out that almost 140,000 NHS patients in England had been waiting longer than a year for hospital treatment as of September – the highest number since 2008.

According to the latest NHS data, which was published today, 139,545 patients had waited more than 52 weeks to start their treatment. In September last year, the figure was just 1,305.

In total across England, 1.72 million people had been waiting longer than 18 weeks for treatment, down from 1.9 million in August but up sharply from September 2019 when 672,112 patients had been waiting over 18 weeks.

The NHS has a statutory target to begin most routine treatment within 18 weeks, but that target has not been achieved since February 2016.

The impact of the coronavirus pandemic, which forced most hospitals to suspend all but essential care during the first wave, has meant a huge backlog in patients waiting and many millions of patients who have yet to even be referred.

Rishi Sunak fell short of ruling out a return to the Eat Out to Help Out scheme to stimulate the economy – despite concerns its first incarnation may have led to a surge in virus cases.

The chancellor’s hospitality-backing policy, which saw the government foot the bill to allow restaurants and pubs the ability to offer discounts on dine-in meals, encouraged people across the country to emerge from the first lockdown and head out to eat.

Now asked whether he would consider a return to the policy in the aftermath of a second lockdown, the chancellor left the door open for a return to government-backed meal-deal.

“I won’t talk about specific measures but more broadly, I think it’s right that when we finally exit this, and hopefully next year with testing and maybe indeed vaccines as well, we’ll be able to start looking forward to getting back to normal.”, he told Sky News.

How is second lockdown affecting those in the arts?

As cultural life in Europe was learning to adapt to social distancing, small audiences and the need to wear face masks, along have come new lockdowns.

Over the past month, Europe’s museums, theatres, concert halls and bookshops have found themselves forced to close for the second time this year as coronavirus cases have soared across the continent.Lockdowns are in place in England, France, Germany, Italy and elsewhere.

Most are expected – for now – to be only about a month long, and people are also still allowed to go to work in many countries: actors can rehearse and dancers practice, even as the only audiences possible are online.

There is another difference, too: people’s emotions. For some, a second lockdown is more hopeless, while others are more optimistic. Then there are those who are frustrated: on Monday, almost 40 German museum directors issued a statement asking the country’s government not to force them to close.

Strictly Come Dancing contestant Nicola Adams has been forced to drop out of the show after her dance partner, Katya Jones, tested positive for coronavirus.

The former boxer and Jones made history as the BBC show’s first ever same-sex pairing.

Adams said she was “devastated” to end her time on the series prematurely.

“I had so much more to give and so many people to win this for,” she said in a statement released by the BBC.

The pair are now isolating separately. According to the BBC, Jones is asymptomatic. Other members of the show’s crew are said to also be self-isolating after coming into contact with Jones, according to PA.

Don't Miss it Jimmy Oddo on Why S.I. Is Seeing Higher Coronavirus Rates
Up Next COVID-19 income aid could cost Canadians at tax time, experts say