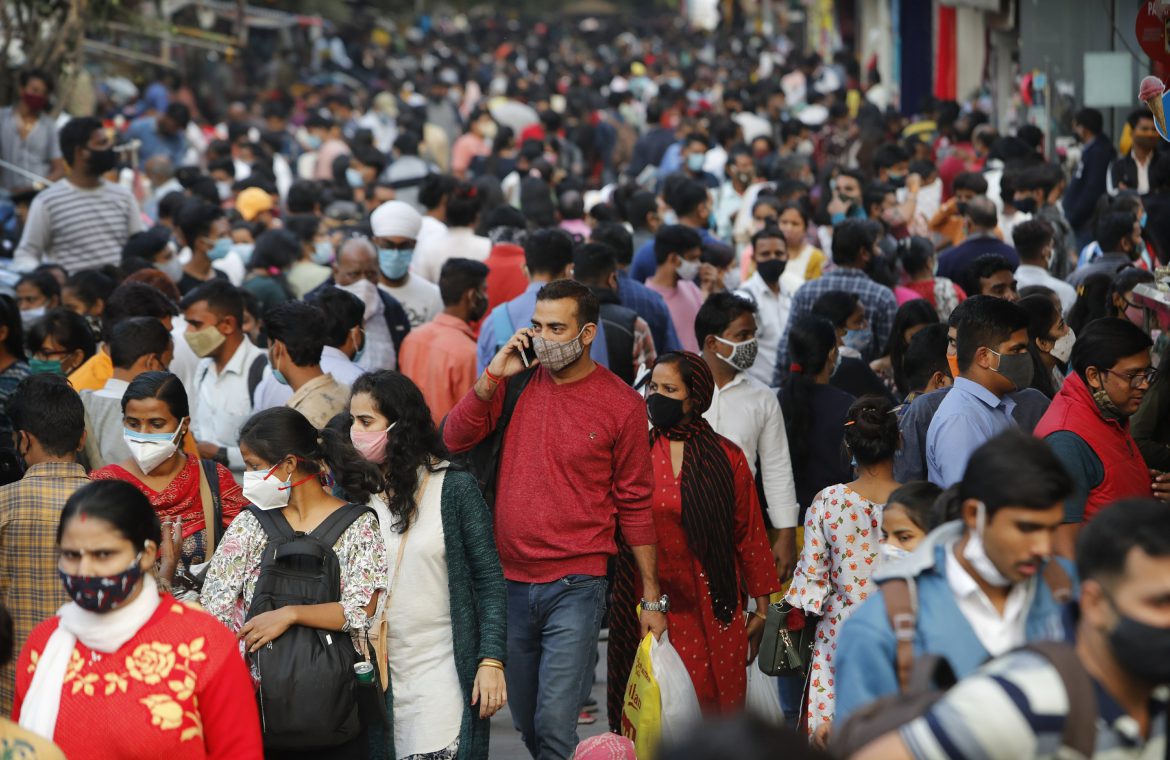 NEW DELHI (AP) — The crowds filling shopping areas ahead of the Diwali festival of lights on Saturday are raising hopes of India’s distressed business community after months of lockdown losses but also spawning fears of a massive coronavirus upsurge.

People who’ve restricted their purchases to essentials for months appear to be in a celebratory mood and traders are lapping it up, said Praveen Khandelwal, general secretary of the Confederation of All India Traders.

“The past three days have seen a tremendous increase in customer footfall in shopping markets for festival purchases,” he said.

But among the millions of shoppers, a large number of people are seen ignoring masks and social distancing norms in major Indian cities and towns. India has confirmed more than 8.7 million cases of coronavirus infection, second-most in the world, and more than 128,600 fatalities.

In neighboring Nepal, another predominant Hindu nation, people appear to have responded better to a government appeal to celebrate the festival indoors and only with immediate family and avoid large gatherings or public celebrations.

Many areas in the Himalayan state have prohibited the tradition of “Deusi-Bhailo” where groups of girls and boys go to their neighbor’s houses to sing and dance and in return get money and sweets. The festival is spread over five days in Nepal with different days for worshipping the crows, gods, cows and brothers.

India’s festival season this year started on a subdued note with Dussehra celebrations last month, but traders say now people have come out of homes and are flocking to shopping areas in key Indian cities, including New Delhi, Mumbai, Ahmedabad, Lucknow and Patna, this week.

Most people are shopping for flowers, sweets, dry fruits, candles and lamps for Diwali. The Hindu celebrations of Dussehra, Diwali and Durga Puja in October and November each year are also an occasion to splurge on big-ticket items like gold, homes and cars as well as clothing, smartphones and electronics.

But several say they are trying not to let their hopes get too high since the crowds could be seeking bargains and people are cautious in spending their money during the pandemic.

“If we compare our business to last year’s, then its only 40 percent right now. Sixty percent of customers are not there. Because everyone is afraid of COVID-19,” said Jitender Sachdeva, a shop owner in New Delhi’s upscale Sarojini market.

“I had gone to the market and there is a lot of crowd because of Diwali. So I think it (coronavirus) may spread more,” Payal Jha, a 20-year-old student, said.

On Diwali night, people lit up the sky with firecrackers — their smoke causing air pollution that takes days to clear. New Delhi chief minister Arvind Kejriwal has banned firecrackers this year. A thick smog lingered over the Indian capital and its suburbs on Friday, fed by smoke from raging agricultural fires.

In upscale areas, authorities and traders authorities have put up coronavirus protocols in place, but the crush of people waiting to get in was a major cause of concern for traders. There are announcements over the public address systems to wear masks and maintain safe distance.

A bright spot is domestic brands are getting a boost from a trend to boycott inexpensive Chinese-made statues of Hindu deities, festive LED lights and electronics in favor of locally made products following India’s border standoff with China.

With this boycott, China is set to lose business worth about $5.3 million in the Indian market this festive season, said B. C. Bhartia, president of the Confederation of All India Traders.

For India’s nearly 70 million traders, who employ about 400 million people, an upturn could not come fast enough.

Don't Miss it 10-year-old starts her own newspaper about coronavirus | 7.30
Up Next The US president-elect is interested in Australia’s COVID-19 response. This is what Scott Morrison sent Joe Biden’s team