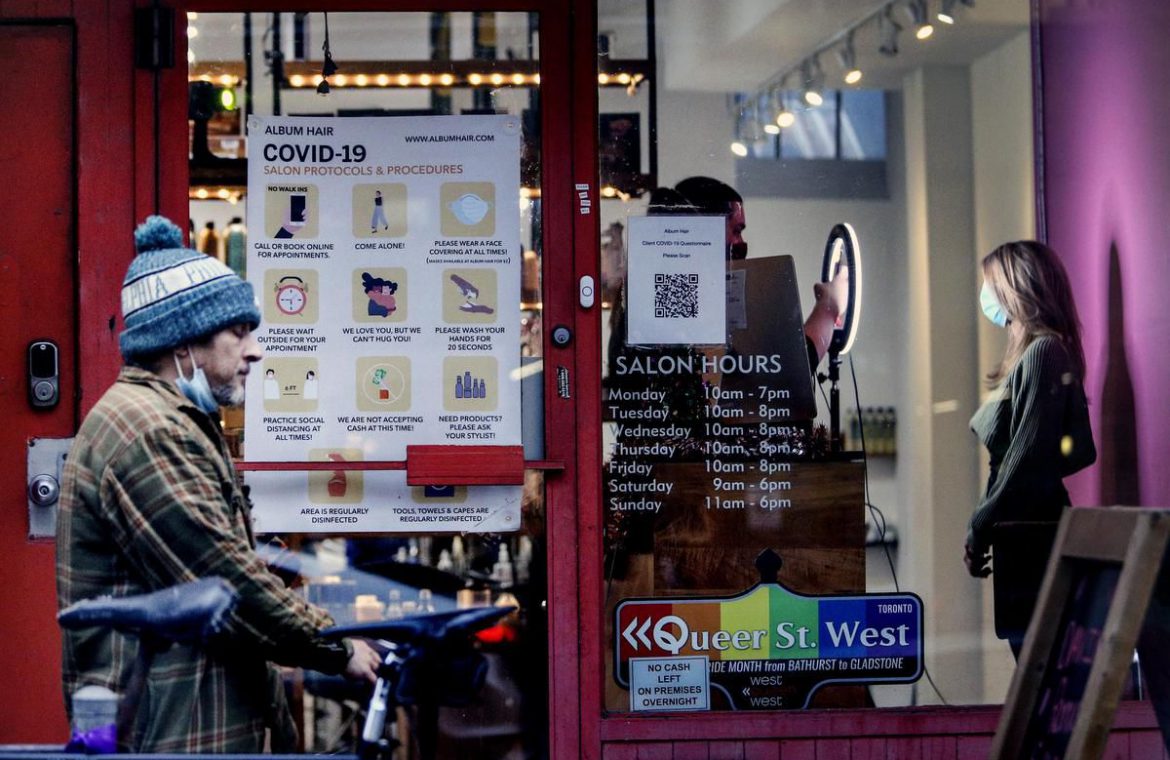 9:35 a.m.: Need a recap of the important vaccine news from this week?

From the spotlight Pfizer’s promising results have put on the looming distribution problem, to the homegrown candidate looking to start testing on volunteers coast to coast, and the question of how many doses is too many for Canadians — here’s what you need to know.

Read the latest Road to a Vaccine roundup from the Star’s Alex Boyd here.

9 a.m.: Since late October, COVID-19 school-related cases are on the rise. Over that time frame, 10 schools have been affected by COVID-19 cases that have resulted in 11 individuals in self-isolation.

The provincial database that records school-related COVID-19 cases listed nine of the cases as “confirmed student cases” and the remaining two are identified as “confirmed staff cases”.

The provincial database indicates that five of the schools are located in St Catharines, two in Niagara Falls, two in Welland and one in Port Colborne.

The jump in school-related cases comes at a time when the province is dealing with an increase. Over the last 14 days, case counts in Ontario have gone up an average of 3.895 per cent.

8 a.m.: Trudeau’s federal government made a big promise in September’s throne speech: the creation of a national child-care strategy, a response to the fact that women have been harder-hit than men by job loss due to COVID-19.

But this time, advocates believe it could actually happen, buoyed by the government promise of not just one-time funding but sustained funding for the future. In the speech, the government promised to “build on previous investments, learn from the model that already exists in Quebec, and work with all provinces and territories to ensure that high-quality care is accessible to all.”

7:50 a.m.: More than 3.8 million rapid tests for COVID-19 are now in the hands of provincial health authorities but many jurisdictions are still evaluating how the devices might help battle the pandemic.

Health Canada has approved more than three dozen different tests for COVID-19, but only six of them are “point-of-care” versions more commonly referred to as rapid tests.

Since Sept. 29, Canada has announced plans to buy nearly 38 million rapid tests from five different manufacturers, and began sending the first shipments to provinces in the late last month.

However, most jurisdictions are still not whether they can fully trust the results, or figure out the best way to use them. In almost all cases, the rapid-test results are still being verified by also testing a patient with the lab-based version.

7:45 a.m.: Lebanese police on Saturday patrolled the streets of the capital Beirut, ordering shops to close as the country began a two-week lockdown to limit the spread of the coronavirus that has killed dozens of people over the past days in the small Mediterranean country.

The lockdown comes as Lebanon is passing through its worst economic and financial crisis in decades, leading to criticism of the closure by business owners who cannot afford the loss of revenue. Over the past year, the local currency shed 80% of its value and tens of thousands lost their jobs in a population of some 5 million that has one of the highest debt ratios in the world.

Lebanon has registered 102,607 cases and 796 deaths since the first case was reported in late February. On Friday, Lebanon recorded 21 deaths over 24 hours, making it one of the highest daily death tolls for the country.

7 a.m.: There were those who wondered what, exactly, Toronto Mayor John Tory was doing at Premier Doug Ford’s press conference on Tuesday afternoon.

There wasn’t much news to share — a few details about tax breaks, including property tax breaks, for small businesses.

“It was already something we were aware of — it was just a reannouncement of funding,” said James Rilett, a spokesperson for Restaurants Canada.

Importantly, the press conference gave Ford and Tory — who have both worked in business and who both often reference that fact — an opportunity to appear to endorse and support independent businesses in the city, and with multiple millions of dollars.

6:00 a.m.: On Friday, the province took hasty steps to try to avoid the grim scenarios projected by new COVID-19 modelling, including a daily case count in Ontario that could hit 6,500 by mid-December.

But when it comes to ICU capacity, the province’s latest measures are already too late to avert a worrisome milestone, experts say: 150 COVID patients in critical care, a threshold that would necessitate the cancellation of elective surgeries and other life-saving procedures.

“Even in our best-case scenario, we will exceed the 150-patient threshold,” said Dr. Michael Warner, medical director of critical care at Michael Garron Hospital. “By definition, this will lead to limitations in access to the ICU for non-COVID-related care, and that has real consequences for people in terms of missed treatments, further illness, and potentially death.”

6 a.m.: With COVID-19 cases on the rise across much of the country, pressure is once again on Prime Minister Justin Trudeau to use the Emergencies Act to take full control of the management of the pandemic, writes Chantal Hébert.

But is the option really the silver bullet some of its proponents believe it is? Here are three reasons why the notion of the federal government overriding the provinces to impose a made-in-Ottawa unified approach to the pandemic remains little more than a bad good idea.

6 a.m.: Turkish Health Ministry statistics show 93 people died in one day of COVID-19 amid a surge in infections, bringing the daily death toll to numbers last seen in April.

In figures released late Friday, the Health Ministry also reported 3,045 new confirmed cases among people presenting symptoms. Turkey has been under criticism for only releasing the number of symptomatic cases in its figures since late July and the total number of confirmed infections is unclear.

The figures also show an upward trend in the number of critically ill patients. The total death toll has reached 11,326.

4:14 a.m.: Brampton’s mayor is warning that the City will be ticketing people holding parties during this weekend’s Diwali celebrations in Peel.

The plea for Peel residents to stick to their immediate households, and forgo religious and large family gatherings for Diwali comes as the region rivals Toronto for the dubious title of the highest daily COVID-19 case count in Ontario.

“Peel police and bylaw enforcement will be making sure there are no large gatherings,” said Mayor Patrick Brown Friday afternoon. “They (law enforcement) do this every weekend, but there is nervousness at (Peel) public health about this weekend.”

Dr. Lawrence Loh, Peel’s medical officer of health, says that, while there aren’t any public health concerns with Diwali, itself, there is with large gatherings, which Diwali celebrations can involve. Brampton represented more than half of the of the Region’s 440 new COVID-19 cases reported Friday.

Previously: Ontario is lowering the thresholds for imposing stricter COVID-19 measures under its colour-coded framework in light of what Premier Doug Ford calls “alarming” new projections.