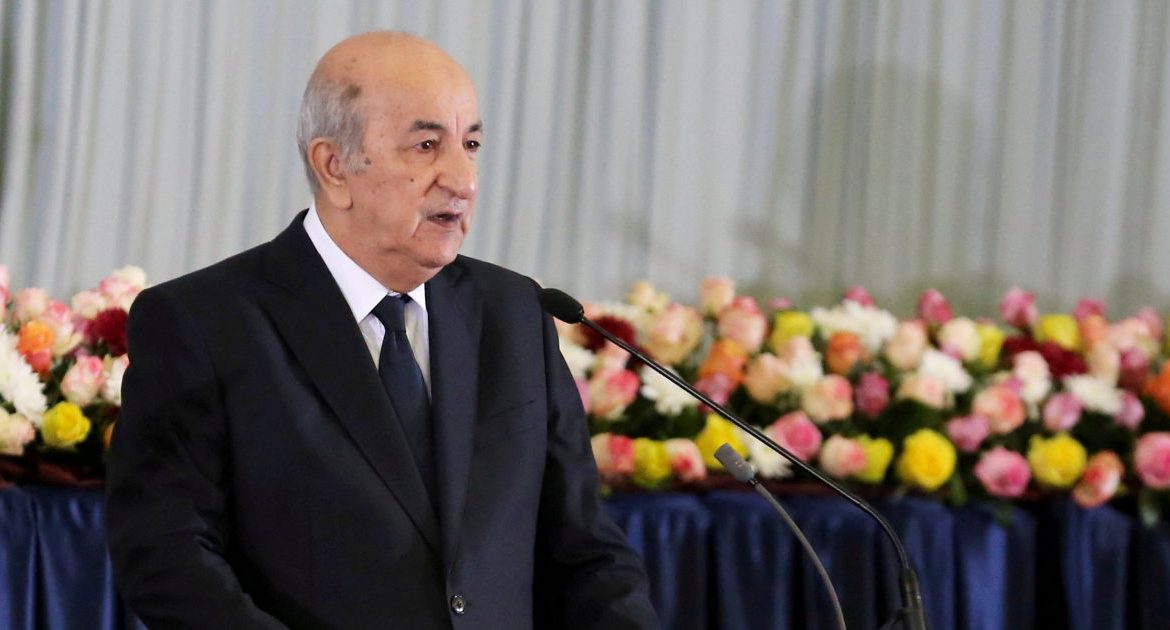 President Abdelmadjid Tebboune was flown to Germany in late October after testing positive for the coronavirus.

“The medical team accompanying him confirms that the president has completed the recommended treatment protocol after having contracted COVID-19, and is currently undergoing medical tests,” the statement said on Sunday.

The statement was released on Tebboune’s instruction to “inform the public of the evolution of the state of his health”, according to the presidency.

Tebboune was sent to an Algerian military hospital last month and then transferred to Germany on a special flight on October 28. His office initially did not explain the reason for the move, but confirmed a week later that he had the coronavirus.

Prior to his hospitalisation, several senior officials in the president’s entourage had developed COVID-19 symptoms, and Tebboune had been placed in what the government called “voluntary preventive confinement”.

Algeria has so far reported 2,139 virus-related deaths and more than 66,000 infections.

Last Sunday, the presidency had said that Tebboune was “in the process of completing his treatment … and his state of health is constantly improving”.

Some newspapers close to the authorities had last week reported his “imminent return” to Algeria.

Tebboune’s illness meant he was out of the country for a referendum on November 1 on a revised constitution seen as aiming to bury a mass protest movement and boost the president, elected on a record low turnout last December.

The constitutional referendum, which passed with two-thirds of the vote, saw participation plunge to new lows, with just 23.7 percent of registered voters casting ballots, according to official data.

For many Algerians and among local media, Tebboune’s treatment in Germany has recalled the absence of former President Abdelaziz Bouteflika, who suffered a stroke in early 2013 and stayed in hospital abroad for nearly three months.

Very weakened physically, Bouteflika remained in power upon his return, despite major after-effects and rarely leaving his medicalised residence.

He was re-elected in 2014, but his decision to seek a fifth term in 2019 sparked an unprecedented protest movement, which led him to resign in April last year.

Don't Miss it As Donald Trump ignores deepening coronavirus crisis, Joe Biden calls for urgent response
Up Next COVID-19 cases are surging in America. What I saw there helps explain why