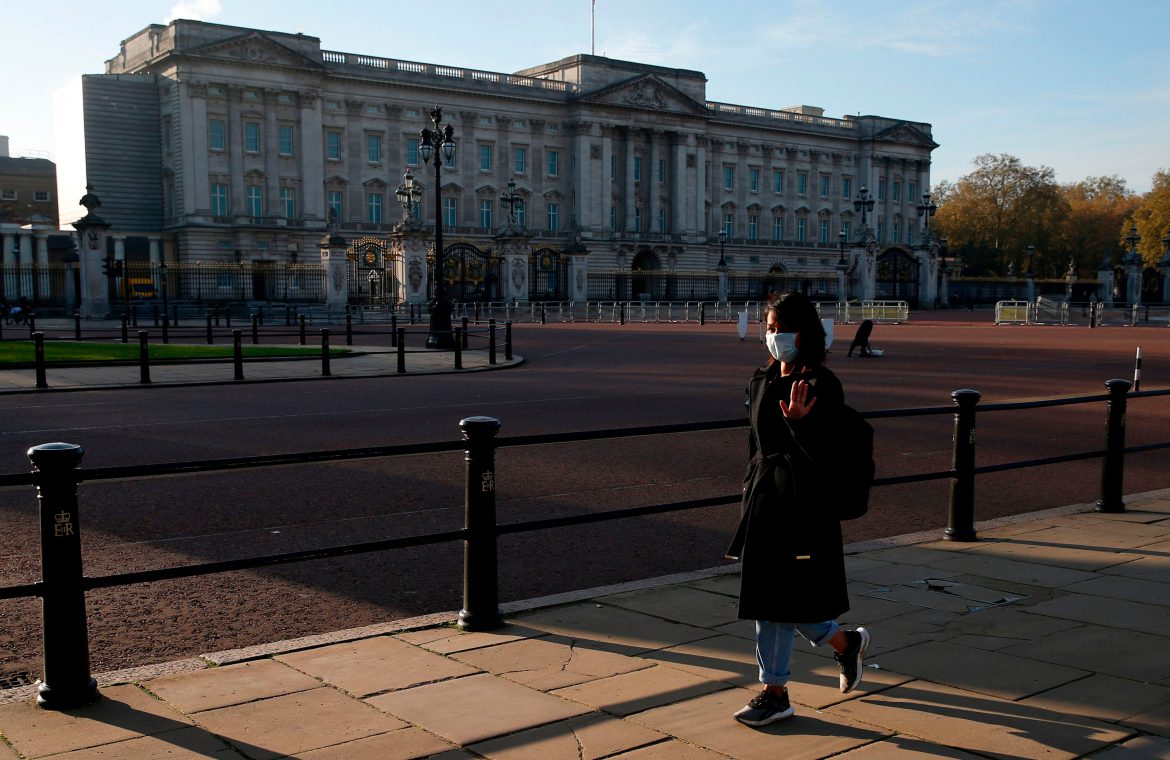 global mass-vaccination roll-out could help return the world to normality by next winter, the leading jab creator has said.

He added that if a high vaccination rate is achieved by autumn – “and I am confident that this will happen,” he stressed – “we can have a normal winter next year”.

In other developments, Professor John Edmunds, a member of the Scientific Advisory Group for Emergencies (Sage) said it was “too early to judge” if December 2 would be too soon to lift England’s national lockdown and replace it with the regional three-tiered system. However, he was clear that a return to the lowest alert level, Tier 1, would be “very unwise”.

Professor Wendy Barclay, a member of the Scientific Advisory Group for Emergencies (Sage), said there was a “worry” that mutations of Covid-19 mean vaccines “won’t work quite so well as we’d hope them to”.

Mutations in coronavirus have triggered the cull of millions of farmed mink in Denmark over fears the genetic change might undermine the effectiveness of coronavirus vaccines.

Prof Barclay told the BBC’s Andrew Marr Show: “The worry would be that if these mutations that are arising naturally in people, or in animals and then the virus coming back into people from animals, if they are affecting the way that antibodies can see the virus, maybe the vaccines which we’re generating now won’t work quite so well as we’d hope them to on the virus, as the virus continues to evolve.”

But Prof Barclay, of Imperial College London, said this “doesn’t mean that vaccines won’t work at all”, adding that a jab which is “very adaptable and fast responding” could be the best option.

“But it’s premature to suggest at the moment that is going to be the case. We really do need to understand whether or not these mutations are significantly going to affect the way that the antibodies could work.”

Ugur Sahin, chief executive of BioNTech, said it was “absolutely essential” to have a high vaccination rate before autumn next year.

“This winter will be hard. So we will not have a big impact on the infection numbers with our vaccine this winter,” he told the BBC’s Andrew Marr Show.

“If everything continues to go well, we will start to deliver the vaccine end of this year, beginning next year.”

Mr Sahin said the goal was to deliver more than 300 million doses before April next year, which could “already start to make an impact”, with a bigger impact expected during the summer.

He added: “What is absolutely essential is that we get a high vaccination rate before autumn/winter next year, so that means all the immunisation, vaccination approaches must be accomplished before next autumn.

“I’m confident that this will happen, because a number of vaccine companies have been asked to increase the supply, and so that we could have a normal winter next year.”

1605436461Vaccine message is this: We can get this pandemic under control

Recalling the moment he was told of their vaccine’s effectiveness, Ugur Sahin, chief executive of BioNTech, said it was “extremely relieving”.

He told the BBC’s Andrew Marr Show: “As a scientist, you of course expect certain likelihood that the card could be positive based on the data that we had so far, but there is always unknown factors.

“And it could be that there is a scientific, biological or medical reason why the vaccine does not work.

“We now know that our vaccine works, and most likely other vaccines will also work.

“So this is really a message which not only changes how we develop vaccines, but also increases the likelihood that we will be able to get this pandemic under control.”

Ugur Sahin, chief executive of BioNTech, said that more data needed to be generated to find out if immunisation against coronavirus was required each year.

Asked if it was going to be annual Covid-19 jabs, such as with the flu jab, he told The Andrew Marr Show on the BBC: “The flu is a little bit different, because with flu we are really dealing every year with a different strain, or different strains.

“The Covid-19 of course has some mutations, but so far the mutations are very distinct, and I don’t expect that the virus will have a dramatic shift, which is observed, for example, for influenza.

“So the only reason for booster immunisations will be if we realise that there is no protection after one year.

“It could be that it’s immunisation each year, every second year, or even every five years. So we really need to generate data to answer this question.”

1605435093Vaccines could work together to boost Covid immunity

Ugur Sahin, chief executive of BioNTech, told the BBC’s Andrew Marr Show that vaccines could be combined if someone no longer has an immune response.

Asked if the coronavirus jab could be used in combination with other vaccines, such as the one being developed by AstraZeneca, he said: “At the beginning, it does not make sense to combine vaccines, as every vaccine has been clinically evaluated as a prime boost.

“So that means most vaccines are based on a first injection, and after three weeks, or after four weeks, a second injection. And I wouldn’t mix that, because this has not been evaluated for safety.”

He added: “But if after one year, for example, if someone who has received an AstraZeneca vaccine, who does not any more have an immune response, then it could be combined with the BioNTech/Pfizer vaccine, or vice versa.”

“We are collecting this information and we will see it and if the antibody response, for example, after one year appeared to be too low, we can do a booster immunisation, which should not be too complicated.”

Jonathan Ashworth said there should be penalties for social media platforms which allow misinformation to spread, and he urged the Government to bring forward its Online Harms Bill.

Speaking on Sky’s Sophy Ridge show, Mr Ashworth said: “I looked on my phone this morning and you can still find stuff on TikTok and so on.

“So we want to work with the Government and find a way of stamping this out. I think it would involve financial penalties.”

He said fewer people choosing to take the vaccine due to online misinformation was “the last thing we want”.

Mr Ashworth called on the Government to deal with “some of the dangerous, nonsensical anti-vax stuff that we’ve seen spreading on social media.”

Some of the “poison garbage” conspiracy theories on social media suggested that the vaccine is being developed by “big global business people who want to use it to insert microchips into people”, he said.

1605434336Here’s more from the Pfizer vaccine creator, as he said his jab continues to show no serious side-effects

Ugur Sahin, chief executive of BioNTech, which has announced promising preliminary results of its coronavirus vaccine with Pfizer, said the companies did not see any serious side effects of the jab.

“We did not see any other serious side effects which would result in pausing or halting of the study” he told BBC’s The Andrew Marr Show.

“But so far the safety profile appears to be absolutely benign.”

BioNTech founder Prof Uğur Şahin has raised hopes for a return to normality within a year thanks to his new vaccine.

Here he is speaking to Andrew Marr:

Speaking to Andrew Marr, the vaccine’s founder said it is not yet clear how much age affects the jab’s efficacy, but will become so in the coming days: